EA's MMA title is the top selling game in the UK. 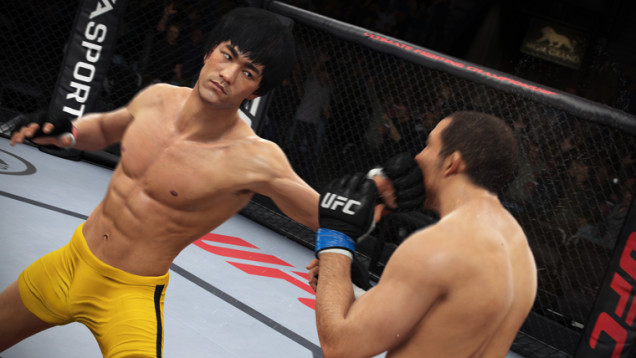 Ubisoft’s commercially successfully yet horribly developed Watch Dogs had its UK run ended by the debut of EA Sports UFC, which released for the PS4 and Xbox One. This is according to the latest UKIE game charts courtesy of Gfk Chart-Track.

Watch Dogs is still doing fairly well at the number 2 position while Respawn Entertainment’s Titanfall is currently in third place. Wolfenstein: The New Order is at fourth place while FIFA 14 and 2014 FIFA World Cup Brazil, despite the on-going World Cup, are only in fifth and sixth place respectively.

Mario Kart 8 is still going well at seventh place while Call of Duty: Ghosts is at eight. Minecraft: PS3 Edition and Minecraft: Xbox 360 Edition occupied the remaining two spots in the top ten.

There aren’t any major releases this week aside from Transformers: Rise of the Dark Spark. How will EA Sports UFC fare in the exchange? We’ll find out later this week.