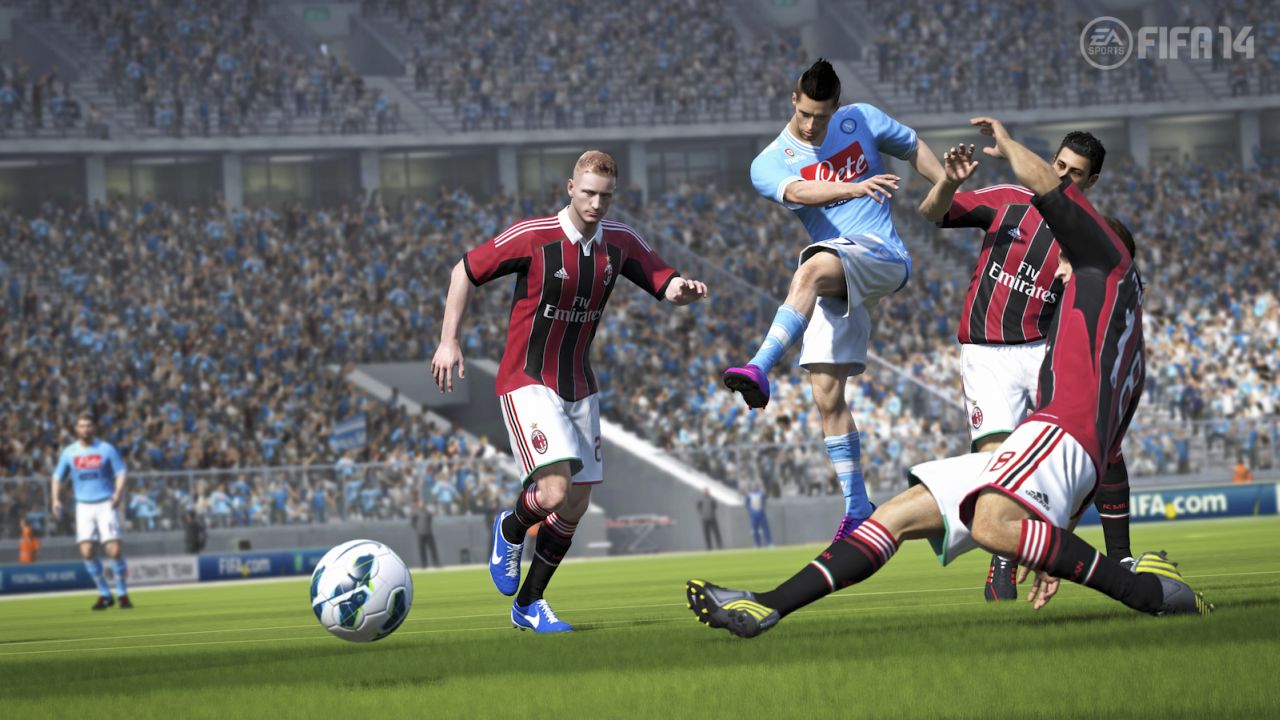 The results for last week’s software sales in the UK are in. According to the latest UKIE game charts (courtesy of Gfk Chart-Track), EA Sports’ FIFA 14 has managed to beat out Respawn Entertainment’s Titanfall for first place among all platforms in the UK.

Titanfall has been riding high in first place for the past several weeks while FIFA 14 stayed in second so it’s no surprise that the former would’ve been bumped off sooner or later. Then again, FIFA 14 apparently outsold Titanfall by a some hundreds of copies. If Watch Dogs and Wolfenstein: The New Order weren’t out this week, Titanfall could’ve taken the top spot back.

The one new entry includes Minecraft: PS3 Edition in third place, which isn’t bad at all for a PS3 title. This is followed Minecraft: Xbox 360 Edition and 2014 FIFA World Cup Brazil in fourth and fifth respectively. The remainder of the top ten is composed of Call of Duty: Ghosts, The Amazing Spider-Man 2, The LEGO Movie Videogame, Battlefield 4 and Grand Theft Auto V.