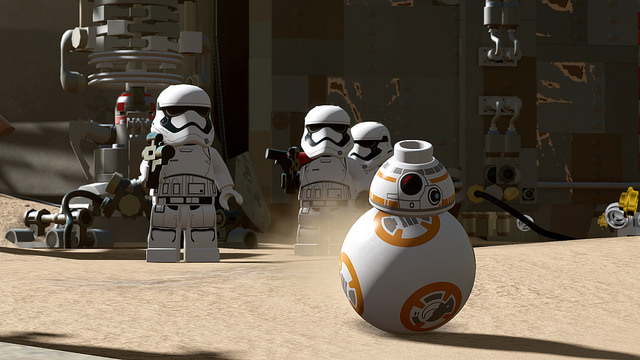 Never underestimate the power of Star Wars. According to Gfk Chart-Track, LEGO Star Wars: The Force Awakens, the latest in TT Games’ LEGO series, has debuted in first place for game sales in the UK. This makes it the fourth biggest launch in the LEGO franchise (LEGO Indian Jones, LEGO Marvel Super Heroes and LEGO Batman have it beat).

FIFA 16 is at second place followed by Overwatch in third and DOOM in fourth place. Uncharted 4: A Thief’s End is in fifth place while Star Ocean: Integrity and Faithlessness makes its debut at sixth place. Rocket League and Grand Theft Auto 5 are in seventh and eighth place respectively.

Survival horror game 7 Days to Die debuted on July 1st in Europe for consoles courtesy of Telltale Games and managed to enter ninth place. Meanwhile, Tom Clancy’s The Division stays in tenth with the recent Underground DLC not appearing to have much impact on its sales.