Despite a fall in sales, the PS4 reimagining still reigns in the UK. 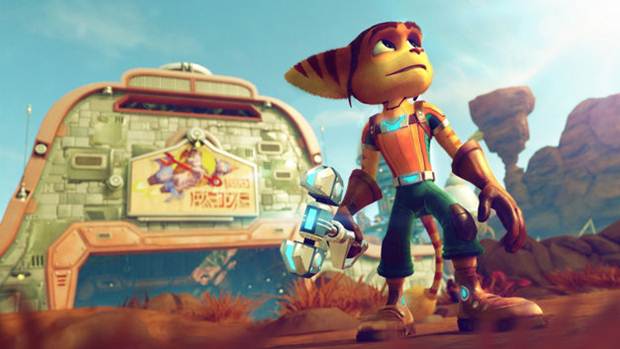 Insomniac’s Ratchet & Clank has managed to hold on to the number one spot in the UK according to the latest Gfk Chart-Track sales.

Despite sales falling by 49 percent and the relatively terrible negative reception to its film, Ratchet & Clank is now Sony’s seventh biggest first party PS4 launch. Call of Duty: Black Ops 3 has shot back up to second place thanks to PS4 retailers bundling the recent Eclipse DLC with hardware. Dark Souls 3 is in third place followed by Tom Clancy’s The Division at fourth and EA Sports UFC 2 at fifth.

Lego Marvel Avengers rose from 11th to sixth place followed by Grand Theft Auto 5 and Far Cry Primal. Yo-Kai Watch was the new game of the week but only managed to rank at 14th place. It should be interesting to see how sales pan out next week with Battleborn releasing today and then the week after when Uncharted 4: A Thief’s End releases.