NetherRealm's DC universe fighter is off to a blazing start. 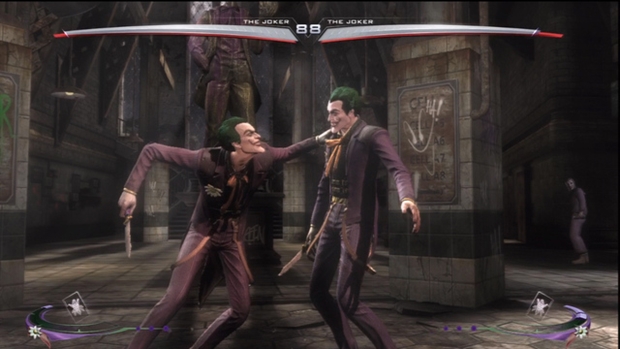 What does it take to alter the infinite probabilities of the space-time continuum? How about Injustice ? That’s exactly what NetherRealm Studios has done, as Injustice debuted at number 1 in the UK, sending the rest of the competition to the bottom according to GfK Chart-Track’s UKIE Games Charts.

Another new entry arrived in the number 3 spot, as Fire Emblem: Awakening debuted in the UK last week. Releasing alongside the special edition Blue 3DS XL, which made up 31 percent of 3DS XL units sold last week, the game boosted sales of handhelds by nearly 50 percent in the previous week.