Ultima 8: Gold Edition Available On the House in Origin 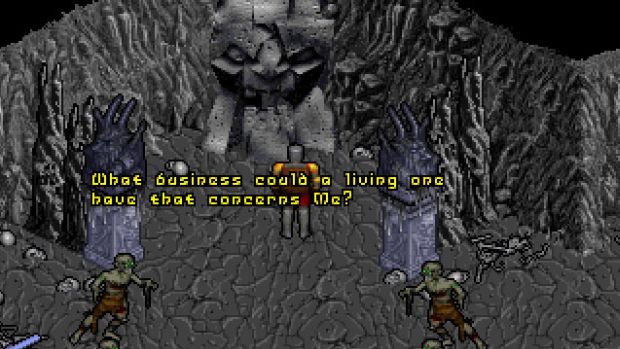 Origin Systems’ Ultima 8: Gold Edition is now available for free to Origin users via EA’s “On the House” program. If you have an Origin account, simply log in and add the game to your cart. You should receive a notification on starting up Origin about the game’s free status.

Ultima 8 originally released in 1994 and is considered one of the weaker iterations in the series. It sees the Avatar heading to the realm of Pagan where the Virtues don’t exist. The Avatar must defeat the Titans ruling Pagan and ultimately return to Britannia. With different magic systems and creator Richard Garriott handing off development to other team members – resulting in a game that was apparently three months from finished – Ultima 8 received a fairly poor reception.

That being said, if you’re a completionist, then Ultima 8: Gold Edition is worth playing to continue the saga of the Avatar (although it sadly ends with the worst game in the series, Ultima IX: Ascension). Stay tuned for more information on free games offered through Origin.