Posted By Rashid Sayed | On 05th, Oct. 2011 Under Screenshots | Follow This Author @GamingBoltTweet

Capcom have released the final box arts for Marvel versus Capcom 3 for the PlayStation 3 and Xbox 360. Check the out below.

Ultimate Marvel vs. Capcom 3 is a 2011 crossover fighting game developed by Capcom. It is an updated version of Marvel vs. Capcom 3: Fate of Two Worlds. After the events of the 2011 Tōhoku earthquake and tsunami disrupted the development schedule for downloadable content for the original game, the additional content was made into a standalone title for a discount retail price.

For more on the game please check here. 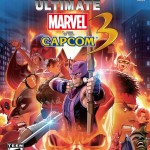 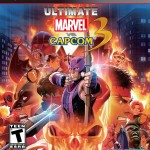