Producer Yoshinori Ono shoots down guesses regarding the mysterious fifth. 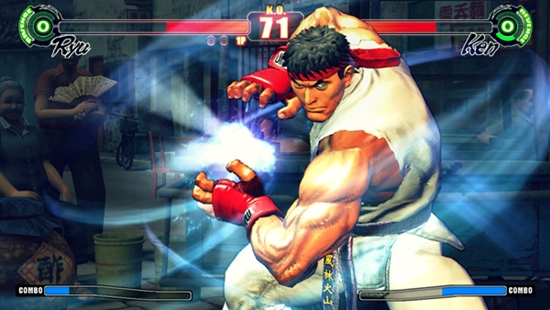 Capcom recently announced at Evo 2013 that it would be bringing out a new version of Street Fighter 4 in early 2014, dubbed Ultra Street Fighter 4 which would bring new balances, five new characters, new stages and a heaping helping of past DLC content.

Four of the characters – Rolento, Poison, Hugo and Elena – have already been revealed. But Capcom teased that the fifth character would be brand new and never before seen in the Street Fighter series.

Naturally expectations went wild, with some people thinking that Asura from Asura’s Wrath would be the fifth character. However, producer Yoshinori Ono confirmed on Twitter that it wasn’t him. Despite the fact that we saw Crappy Mega Mean – infamous for appearing on the box art of the first few games and immediately making the Blue Bomber out to look like a creepy old man – in Street Fighter X Tekken, it’s not him/it either.

Any more guesses at this point? Our money is on Strider. Because Strider. Ultra Street Fighter 4 will be releasing on PC, Xbox 360 and PS3.