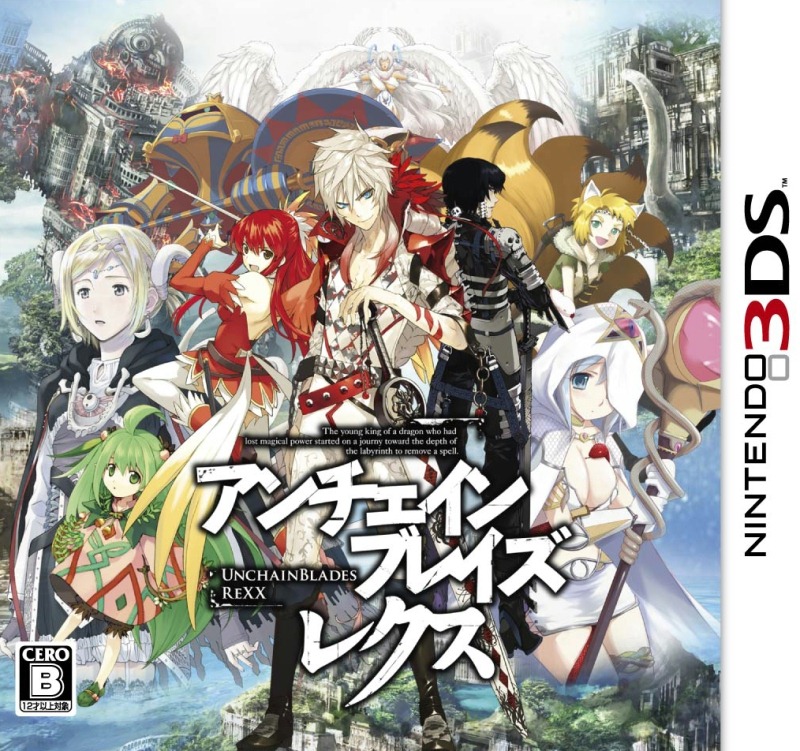 Unchained Blades is an RPG which was released for the 3DS and Playstation Portable last year in Japan.

The localisation duties were carried by XSEED and it was released in North America on June 26, 2012 for the PSP, also published by XSEED.

The game is a tactical turn-based dungeon crawler and is something that can be termed as a pure JRPG.

The 3DS version was released on June 3, 2013 and is the same game without any changes. The game is supposed to have a greater emphasis on story and features a lot of characters.

The game features massive Titans and the world is inhabited by mythical beings. Unchained Blades Exiv is the sequel to the game and has been released for the PSP and 3DS on November 29, 2012 in Japan.

The 3DS version features stereoscopic 3D and it’s the only version which has that. The PSP and 3DS versions are virutally identical except the 3D part but that has more to do with system features.

On PSP you can toggle a map overlay to show up on the center of the screen or as a mini-map. The Nintendo 3DS version has the map on the bottom screen. [reference]

The game was localized by XSEED and was released for the PSP on June 26, 2012 in Japan.

In a world inhabited by mythical beings, where colossal labyrinths called Titans tower over the land, there’s a legend that any being who can approach the sky shall have a single wish granted. A powerful and self-absorbed dragon named Fang aims for those heights and learn the name of the strongest monster in the world.

His drive to find and kill this ultimate opponent and firmly establish himself as the dominant monster of the land is mighty enough its enemies, but his boldness is also his undoing.

Bereft of the power he once wielded as the Dragon Emperor, Fang must now adjust to surviving in a far weaker body as he navigates the dangerous mazes of halls in his quest for revenge upon the creator herself.

You can journeying through grid-based dungeons in first-person view while fighting over 180 varieties of monsters in classic turn-based battle. The game is said to have over 60 hours of gameplay.

The game features all new voice-overs. A tale of exacting revenge by an arrogant dragon on its enemies that stole his power is brought to life with all-new English voice-overs.

Supporting characters such as a golem, medusa, and phoenix each have their own default attributes, but additional skills are customizable by allocating growth points to their individual Skill Maps to determine which growth path and abilities to pursue. [reference] 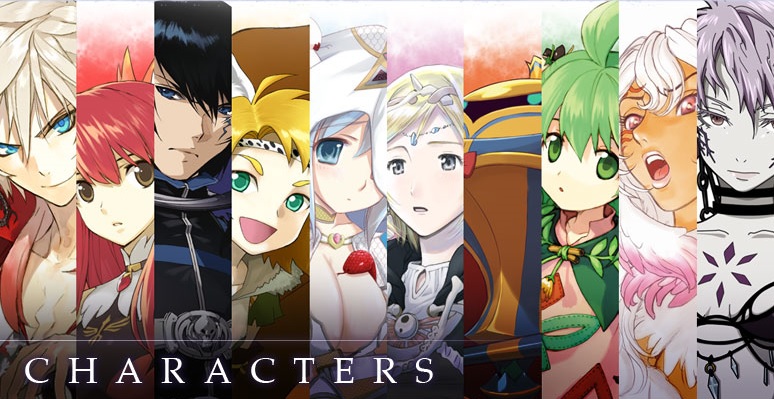 Despite being the princess of the Phoenix Clan and the legitimate heir to the throne, she secretly longs to become a dragon – the giant, spiky, fang-filled mouth kind of dragon. Why one of the powerful phoenix royalty should want to become a dragon is a source of much curiosity (and hilarity) to her traveling companions.

Unlike most would-be wishers, he challenges the Titans solo and seemingly without a care for injury or fatigue. His manner of dress suggests that he is a denizen of the Demon World’s Reaper Clan.

A goofy, somewhat excitable girl from the Spirit Fox Clan.

As part of this carefree fox tribe, she is a girl with nine tails and a keen sense of smell. She is very friendly and tomboy-ish but does show her feminine side from time to time. She also has an unhealthy love of buttons, especially the ones that drop boulders on your head when pushed.

A medusa with androphobia (fear of men).

A shy Medusa Clan mage with the power to turn men to stone at a glance. Unfortunately, her fear of men tends to lead to a trail of unlucky petrified admirers. As a result, her greatest desire is to rid herself of this troublesome phobia.

A Reaper Clan girl on a quest to aid her brother.

A somewhat prim and proper black mage on a mission. She is brave, kind, and sincere despite the ominous reputation that Demon World clans tend to have above ground.

A recently fledged Golem Clan prince. Though he may now be considered an ‘adult’ due to his fledging, he’s still a boy at heart. Is currently on the run from his hundreds of rather large and aggressive fiancées.

An emotionless girl who doesn’t say much. Seems wise beyond her years when she does speak, but why a child would be wandering about the dungeon on her own is the greater mystery.