No More Heroes 3 Out Now on PC, PlayStation, and Xbox

No More Heroes 3, the final game in the franchise, is out now on PC, PS4, PS5, Xbox One, and Xbox Series X/S after spending a year as a Switch exclusive.

No More Heroes 3 Launches for PlayStation, Xbox, and PC in North America and Europe in October

Rune Factory 5 Out Now on PC

The PC version of Rune Factory 5 is out now, alongside its Digital Deluxe Edition. There's also a special reward for those who already own Rune Factory 4 Special on Steam.

No More Heroes 3 is Coming to PlayStation, Xbox, and PC Later This Year

No More Heroes 3 will arrive on new platforms this Fall with "improved HD visuals, framerates, and faster loading times."

Rune Factory 4 Special is Out Now on PS4, Xbox One and PC

Travel to Selphia and help get the town back on its feet, bonding with various NPCs, venturing to dungeons and even falling in love.

It will retail for $29.99 digitally and include the "Another Episode" DLC for free. Newlywed Mode and Hell difficulty are also included.

Rune Factory 4 Special Coming This Fall to PS4, Xbox One, and PC

The 2020 remaster of the classic Nintendo 3DS title will finally be making its way from the Switch to other platforms later this year. 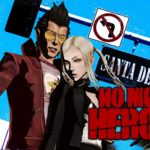 The games will released on Steam for $19.99 each. Players who purchase them within the first week of launch will receive a 10% discount. 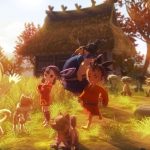 The game seems to have been a big hit for Marvelous and Xseed.

Sakuna: Of Rice and Ruin DLC Currently Not Planned

However, the developer would be keen on a sequel "if the opportunity arises."