Posted By Rashid Sayed | On 10th, Dec. 2014 Under News | Follow This Author @GamingBoltTweet

During the PlayStation Experience event’s Modeling Nathan Drake: Bringing an Iconic Character to PS4 panel Naughty Dog revealed some of the graphical features in Uncharted 4: A Thief’s End that many of you would not have noticed.

To be begin with, Ryan, the Lead Character Artist talked about how water and the environment affects Drake.

“This shows how the water affects Drake’s hair. Normally when the hair leans over, the weight of his hair makes it lean left or right due to the gravity of his head. It’s very subtle but his hair is affected by his position of the body, the shader of his hair also changes so it seems that his hair is hanging down.”

“When he gets in and out of water, it will affect his shader and make it more shiny and all the fancy that makes it [look] awesome. We are working back and forth with many other people and many other departments, so the person who is handling the wind also works on the shaders and he works on the mesh which allows us to work on the wind.”

“When he goes under a waterfall, the water seeps in his shirt.”

“As Drake walks around he will be affected by the environment and plants around him or he affects the plants. The tech we used for the plants is the the same tech we used on his shirt and the plants actually inspired Drake. So when we saw how the plants were moving, that made me go to the artists and discuss how can we actually have some of this stuff affect Drake’s shirt.” 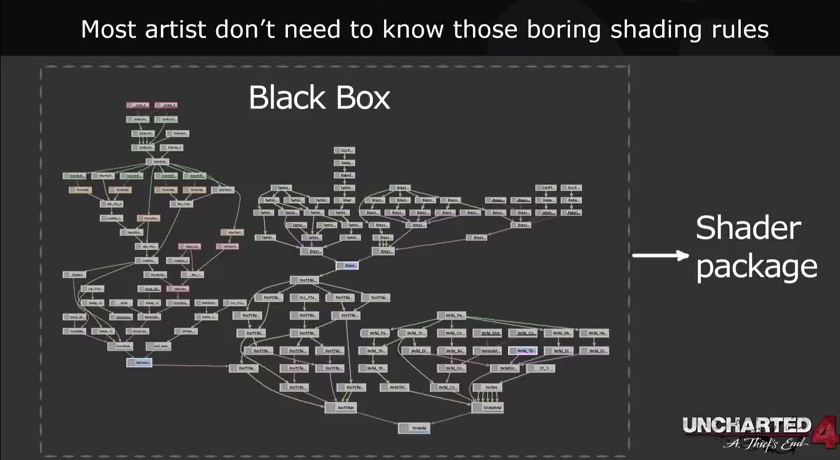 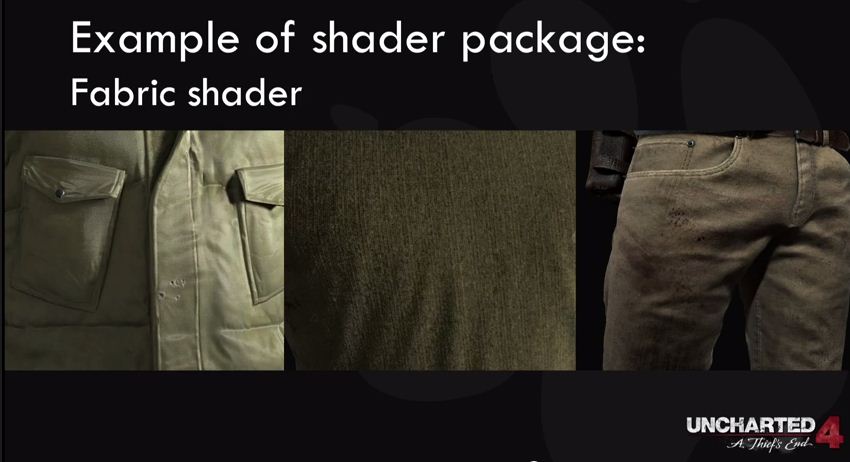 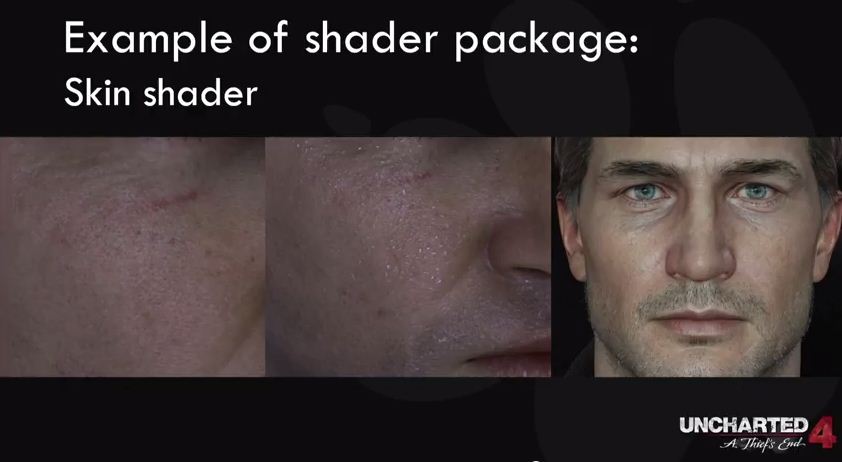 “We add a lot of stuff to make him look worse. In order to get movie like quality [visuals], we need physical based shaders.”

“In order to deal with this we have a Secret Weapon called Shader Package. Basically we put all the researches and smart people ideas, all together in a black box and so we can tune the mud or we can tune the fabric or sand. It’s just so easy to adjust and boom, the final result is really cool.”

You can check out the entire panel below.