Uncharted had a great showing at E3. On one hand, Drake Deception’s demo was enough to melt our brains and on the other hand Golden Abyss amazed us with its innovative gameplay mechanics and controls. After getting a hands on session with the game during E3, we were convinced that Golden Abyss looked better than Among Thieves. Ever since Golden Abyss was first shown during the PS Vita reveal, Uncharted fans have been wondering whether this is the best looking game in the franchise yet.
Today we answer your questions by comparing some of the recently released screens of Golden Abyss to some in game screens of Uncharted 2.
Please note that it’s almost impossible to match the camera angles of the Vita version, so they are a bit off. But they should be good enough to give you a great idea on how the two games match up.
Please use the back-next buttons to navigate through the images. Apologies for our ancient gallery system, the new one will be better. The images below are from Among Thieves and the ones above are from Golden Abyss. 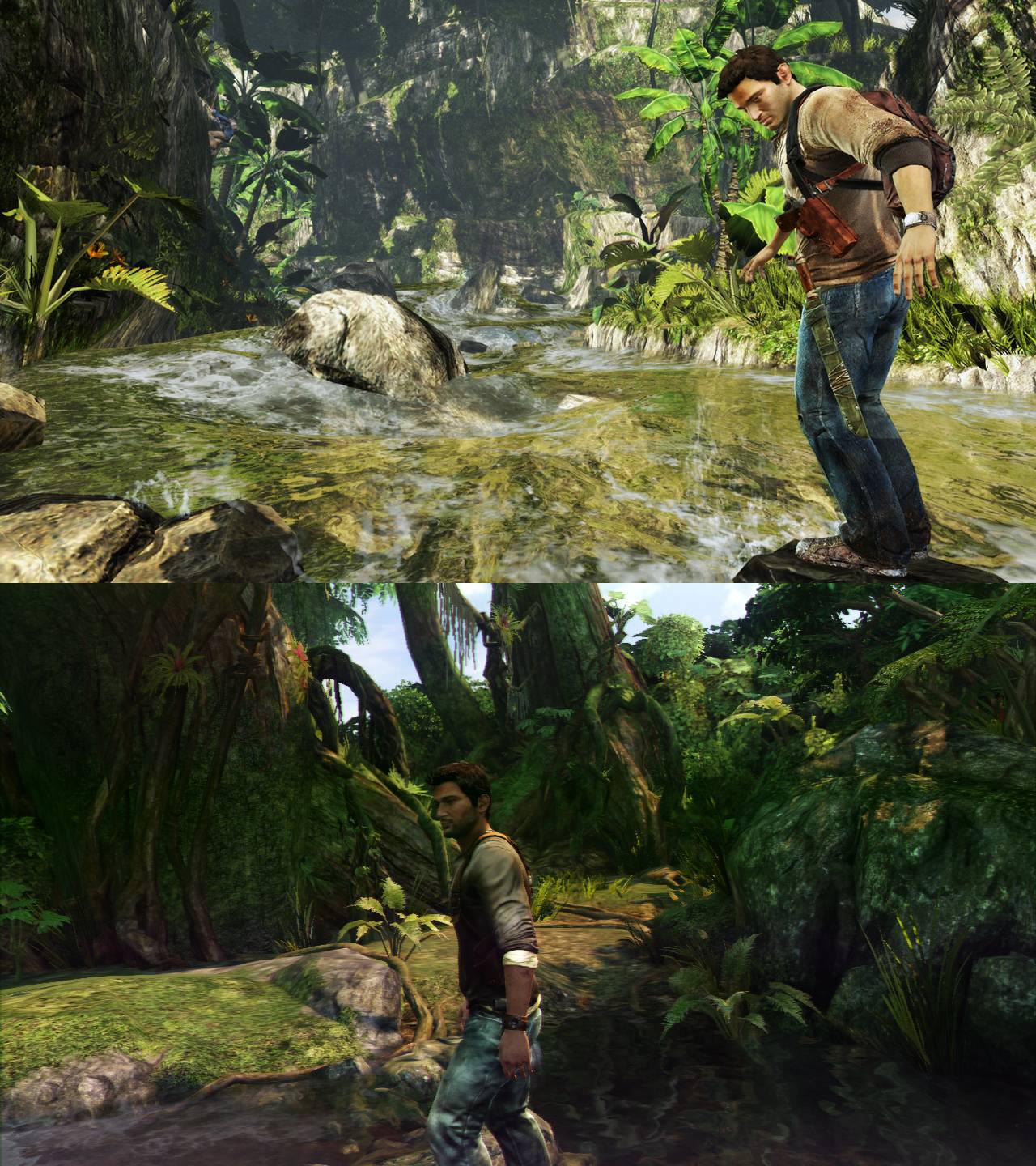 What are your thoughts? Do you think the PS Vita has the power to match its big brother, the PlayStation 3? Let us know in the comments below.