From a raspy-voiced protagonist to classic top-down stealth to a familiar-looking base full of enemies and much more, UnMetal is looking a rather familiar stealth adventure. 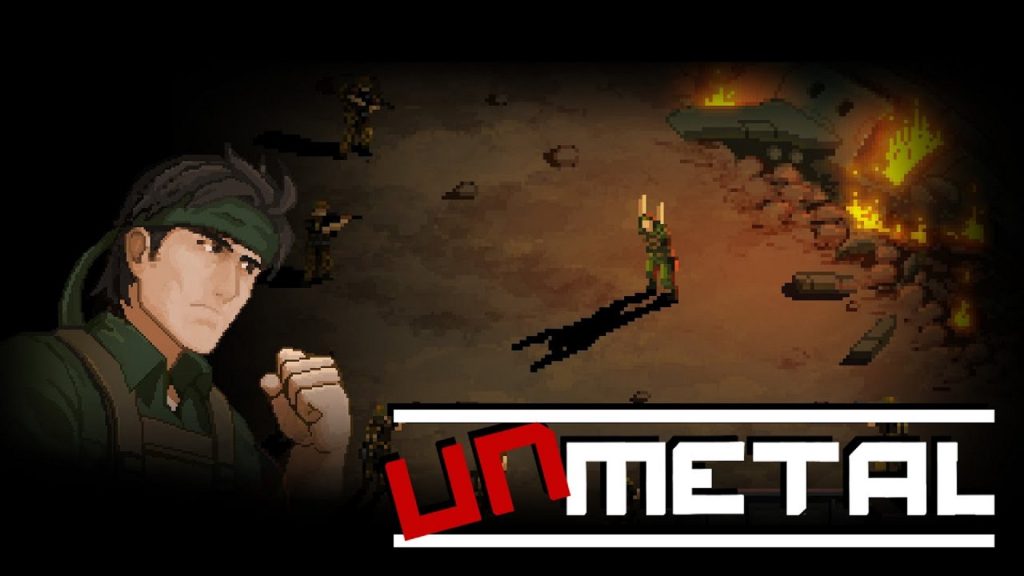 Who knows at this point if and when we’ll ever get a new Metal Gear Solid game? Thankfully, there are always other developers who love putting their own spin on the beloved series and the genre itself. Indie-developed 2D top-down stealth action game UnMetal is exactly that- in a very self-aware and amusing way. A trailer was recently showcased during the Guerrilla Collective stream, and it’s looking pretty interesting.

Distracting enemies, using objects in the environment to your advantage, crafting weapons, taking on giant helicopters in boss fights, and much more is shown off. Interestingly enough, all of it’s very self-aware about how much fun it is poking at Metal Gear Solid, including quips about an eyepatch, codec-style conversations, and a protagonist with a raspy voice. Check it out below.

UnMetal is in development for PC. Currently, it has no specific release date announced. Stay tuned for more details in the meantime.