The creative director says the character was born to embody love. 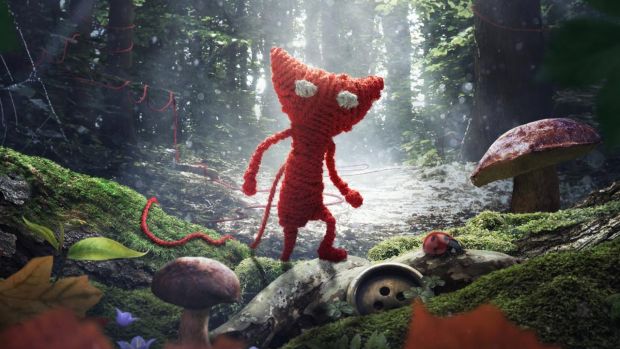 It wasn’t that long ago that we first learned about the wonderful world of Unravel. Now we’ve gotten a brand new video that shows off just how the game’s main character came to be. Martin Sahlin, Creative Director at Coldwood the company that made Unravel talks in the video about the “spark of inspiration” that led him to develop Yarny. The director says that he suddenly realized he could make a game where some red yard could serve as a kind of representative of the emotion of love.

He realized that he could make a game that would be centered around real, physical bonds that are formed when people love one another. He then created an actual character that embodies that emotion. The creative director says the players will start the game as a little being that is made of yarn, that begins the title being tethered to something important. The character will then go through the world attempting to fix things and tether objects together that shouldn’t be apart.

The director says he came up with this idea when he was on a camping trip with his family and he fashioned a little doll that he and his family became attached to. He says this attachment is something he wanted to try and get people in the gaming world to feel as well and his game was born. Now Unravel and its main character Yarny will be coming to the PS4, the Xbox One and the PC on February 9, 2016.