Unrest Wiki – Everything you need to know about the game.

Everything you need to know about Unrest. 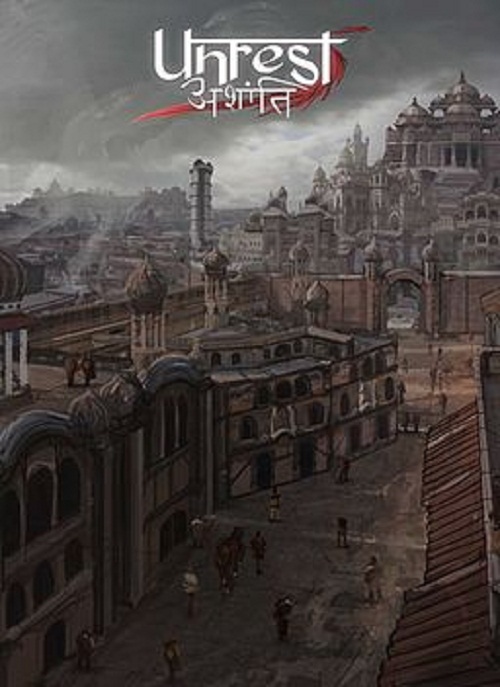 Unrest is an Adventure Role Playing Game that is currently in development by the Jaipur, India based development studio Pyrodactyl Games that is slated to be published by Kiss LTD (Gear City, Bloop and Jack Keane), the self acclaimed “Ultimate Independent digital games label”.

Developed on a custom game engine that will power the ancient Indian role playing game, Unrest is a title that has been developed exclusively for release on home computers. The title will launch worldwide on July 23rd 2014 and will be available for purchase on the following platforms: Microsoft Windows, OS X and the Linux Operating System. 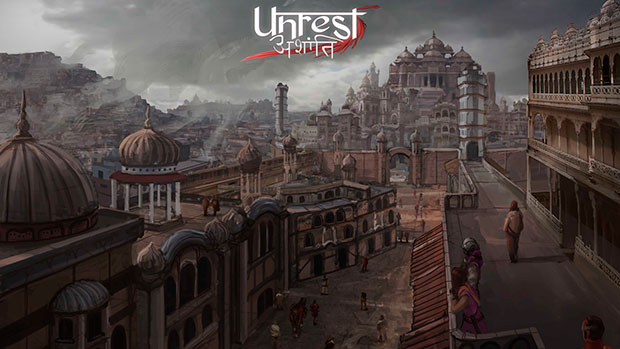 The development of Unrest was first made public knowledge when the developers Pyrodactyl Games posted their intentions for the game on KickStarter. At the beginning of the games KickStarter campaign, the teams goal was to read $3000 so they could finish the game. Met with a surprisingly enthusiastic audience, the goal was met within 2 days of it having been launched.

A number of stretch goals (more often than not a stretch goal involves extra content being created for the game or exclusive merchandise being distributed to backers) that range from a digital copy of the game with a hi-res wallpaper and banners from the game to a physical boxed DVD of the game, the soundtrack CD and three physical posters signed by the dev team. One stretch goal even resulted in an overall improvement in the games visuals. When the KickStarter campaign came to a close on June 22nd of 2013, Unrest had raised $36,251 far exceeding the expected raised funds.

The graphical design in Unrest is one that intentionally evokes the feel of a hand drawn image that gives the game a distinct look, this hand drawn look was used rather than opting for fully rendered environments. 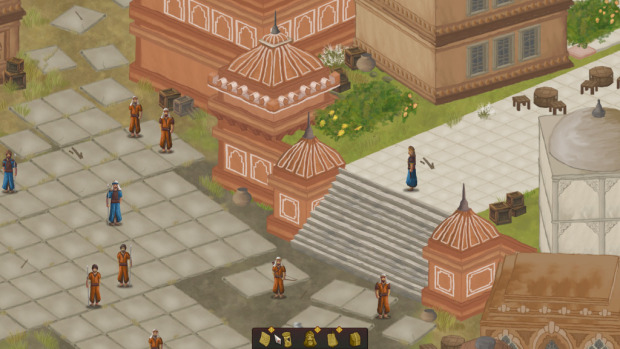 Unrest is set somewhere in Ancient Indie that features a number of fantasy tropes and is set to take place during a time of social turmoil and famine. Being divided into eight chapters, the story will see players control 5 separate characters that each have their own personal backstory. It is these stories that we will follow. 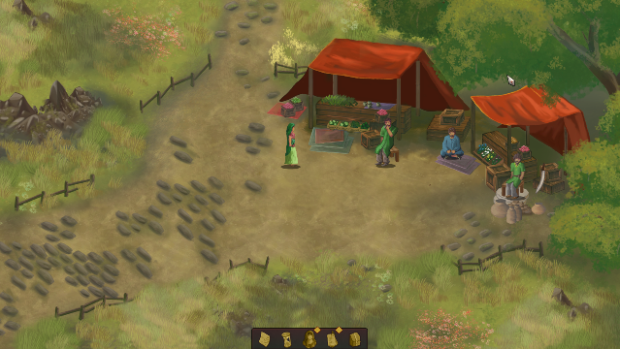 Unrest is an Adventure Role Playing Game that is played from a 2D perspective, this is not to say the game is a side scrolling game however, players will navigate the character across a 2D plane similar to that found in the Sierra Games title Kings Quest.
Similar to many Role Playing Games, story progression is made through player actions that somehow influence the events that unfold around them. In Unrest, the player must engage NPC’s in conversation and make choices through the games dialogue system that will influence NPC actions and move the story forward. These dialogue choices will influence one (if not all) of these three traits that are possessed by all NPC characters: Friendship, Respect and Fear. How the player handles certain situations will alter the outcome of the NPC’s interaction with them.

Unlike most games, when the player dies it doesn’t result in the game ending and resuming at a previous save point or checkpoint. Rather, the death of your character is permanent and will instead somehow influence the game as it continues onto the next chapter with the story changing to be affected by what has happened.
To that end, combat has been made to be a rare occurrence and one that is often best avoided given it’s inherently perilous nature.

The game will feature a number of fantasy elements, such as the Naga. A race of snake like humanoid creatures. 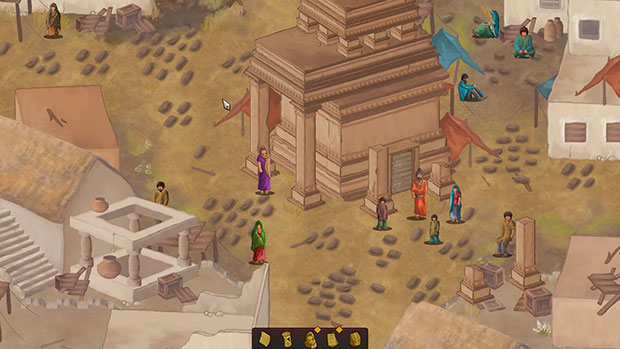 Not all characters have been detailed yet.

The peasant girl – A young woman that has her worries about going through with an arranged marriage.

The Elderly Chief – No information available at this time.

The Mercenary Chief – Although there’s no information regarding this character, we do know that he is the chief and leader of a Mercenary Clan.