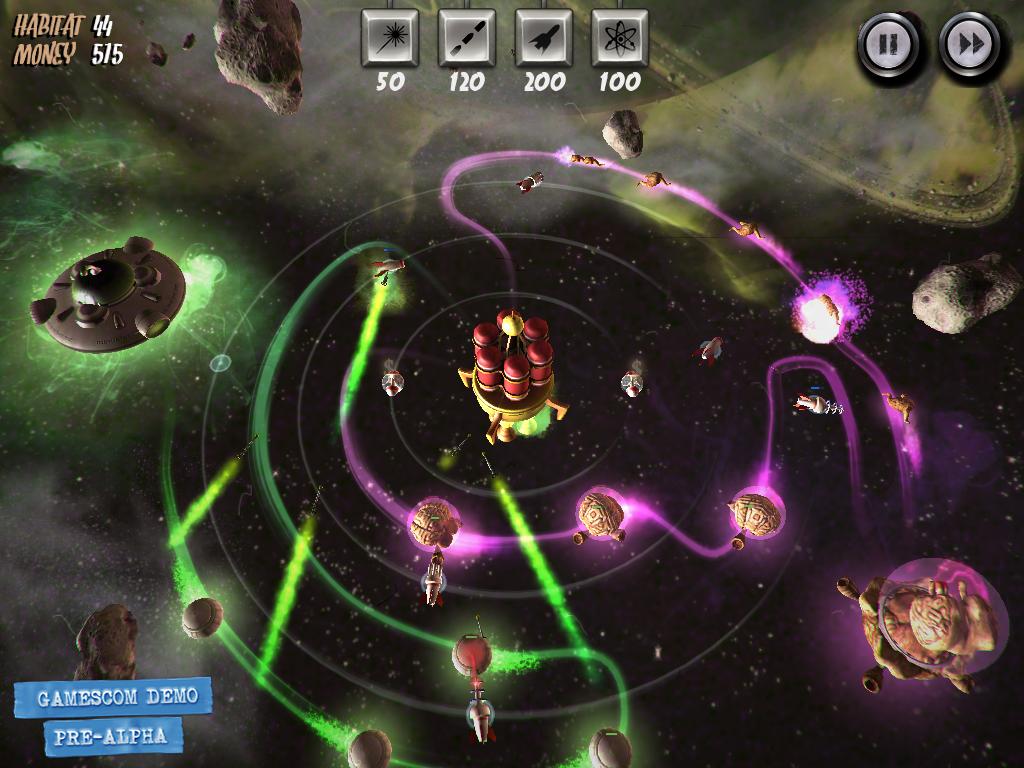 Futuremark Games Studio has announced a closed beta for their upcoming tower defense game Unstoppable Gorg, due to begin in the next couple of weeks.

However, the devs are not simply providing us with this beta for marketing. Jaakko Haapasalo, Director of Defense at Futuremark Games Studio says, “This is no marketing beta. We need enthusiastic players to take part in a proper, old-school beta – one where players’ suggestions and ideas will actually influence the final game.

“We are looking for players who will join in, speak up, and help us grow a great community around this exciting new game.”

Unstoppable Gorg is a thrilling space defense game inspired by vintage sci-fi films from the 1940s and 50s. The game builds on the core tower defense mechanics that fans love while breaking the genre’s conventions with a unique orbital layout and the unmatched ability to move towers by rotating orbits.