We recently got in touch with Wojtek Bilinski, Tate Multimedia’s General Manager and asked him a few questions regarding how Urban Trial Freestyle has performed so far. He also gave his feedback on working with Sony, the upcoming PlayStation 4 and whether the sales of Urban Trial Freestyle were enough to warrant a sequel.

Check out the entire interview below.

Wojtek Bilinski: Of course we were inspired by Trials in some ways, but in a same way we were inspired by Elastomania or any other title based on trials genre. Trials HD is a fantastic game, maybe even one of the best download games on Xbox360, but if you spend some time with UTF, you will find out that it is very different from Trials and it also has a lot to offer. UTF environments, motorbike physics and gameplay features differ a lot, as well as online features and game modes.

"We definitely are considering tackling new systems to expand Urban Trial Freestyle to the largest possible group of players."

We have worked together with Julien Dupont to capture this unique urban-freestyle look and feel of the game. Trials HD is definitely more like an outdoor event.

UTF has also many unique features, like billboards with Stunt Masters – the system presenting best players on special billboards placed on tracks or the use of the tilt feature on both PS Vita and the PS3.

Ravi Sinha: Urban Trial Freestyle has appeared on Playstation Network, and will be heading to 3DS’s eShop later. Why not Xbox LIVE or Steam? Are those platforms you will consider later?

Wojtek Bilinski: We were thinking about PSN and PSVita platforms from the beginning, there was a noticeable lack of such game on these systems. And we definitely are considering tackling new systems to expand Urban Trial Freestyle to the largest possible group of players.

Ravi Sinha: Forty maps is a lot! Apparently the 3DS and iOS versions will have additional maps as well; are there any plans to release more content for the games as DLC?

Wojtek Bilinski: Not at the moment, but we’re not saying it will never happen. If enough players in the community want more tracks it could be hard to say “no”.

Ravi Sinha:  Now that the game has been released, was the game profitable to you guys? Did it do good sales wise to warrant a sequel?

Wojtek Bilinski: We don’t know the numbers yet but in February UTF was Number 1 on PS Vita in Europe and USA . We are working on some new stuff around trials mechanisms and would like to enhance the stunts factor of the game but there is no rush with the sequel as there is still a lot of players that we hope shall discover our game since the game was only released 2 months ago! 🙂 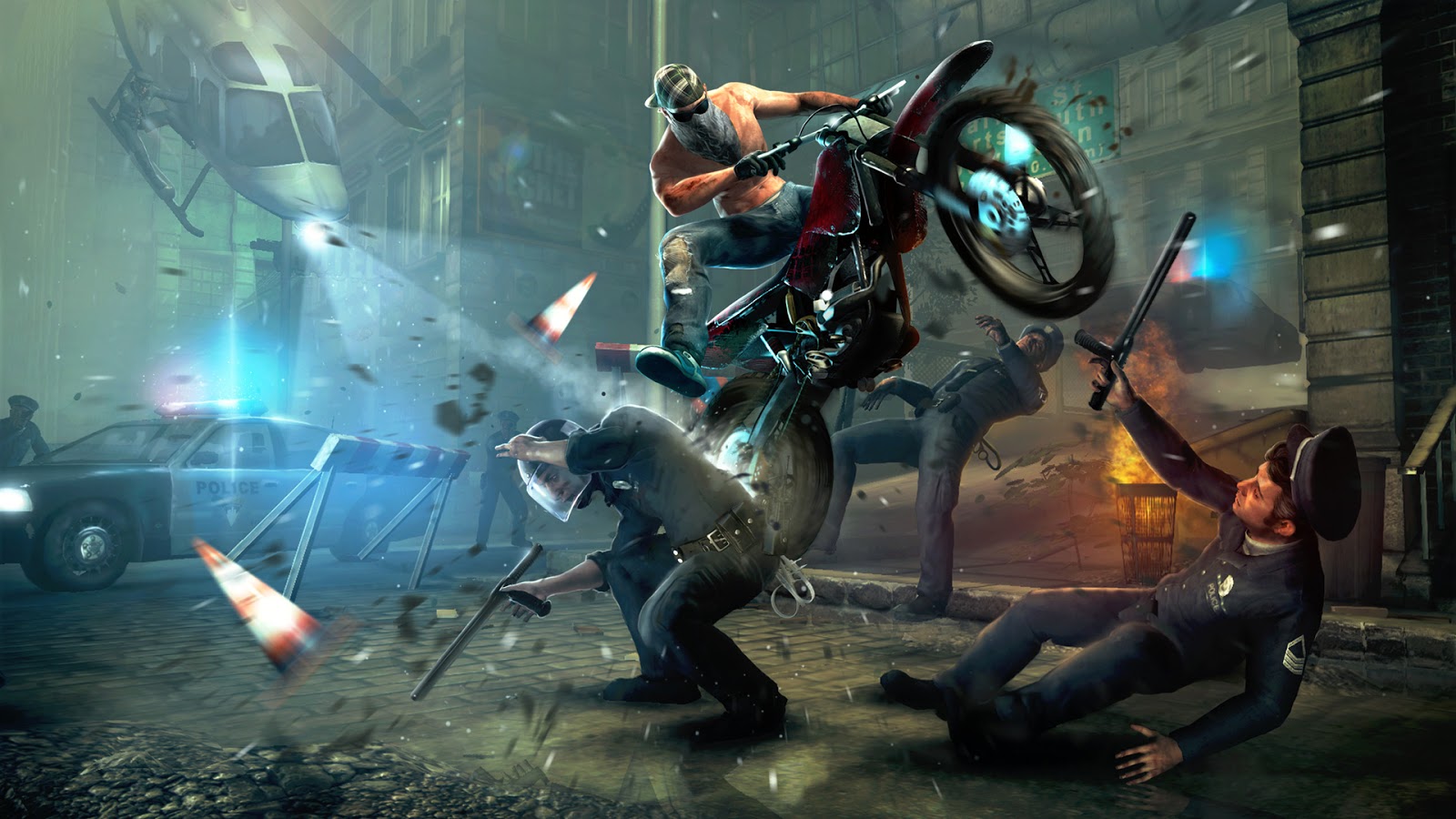 Ravi Sinha: Urban Trial Freestyle looks incredibly good, especially for a digital game. Considering the range of the platforms you worked with- everything from the 3DS to the PS3 to the iPad- how did you manage to make the game look so uniformly good across platforms so varied?

Wojtek Bilinski: Actually Tate Interactive worked on PS Vita and PSN version of UTF. 3DS and IOS is being developed by Strangelands form UK. But referring to the question most of our games were multiplatform, so through years we’ve learned how to cope with multiplatform production.

The key is to know how much you can handle and to make a reasonable production milestone, so both versions don’t come in their ways. The good asset server is a must and cooperation and understanding with publisher need to be perfect – luckily we had both.

Ravi Sinha: The level editor function on the 3DS version of the game sounds intriguing. How full featured is the suite of tools that will be made available to the player?

Wojtek Bilinski: Basically you start with an empty décor and you just start adding objects to build up the ramps and obstacles that you want. There is a selection of over 150 objects, from planks and crates all the way up to trains and bridges, which you can use to construct your course.

Objects can be positioned, scaled and rotated, either individually or as groups, and you can duplicate sections you’ve already made and reuse them further down the track. All this is done using the tactile screen and a couple of icons, so it is really easy to do. 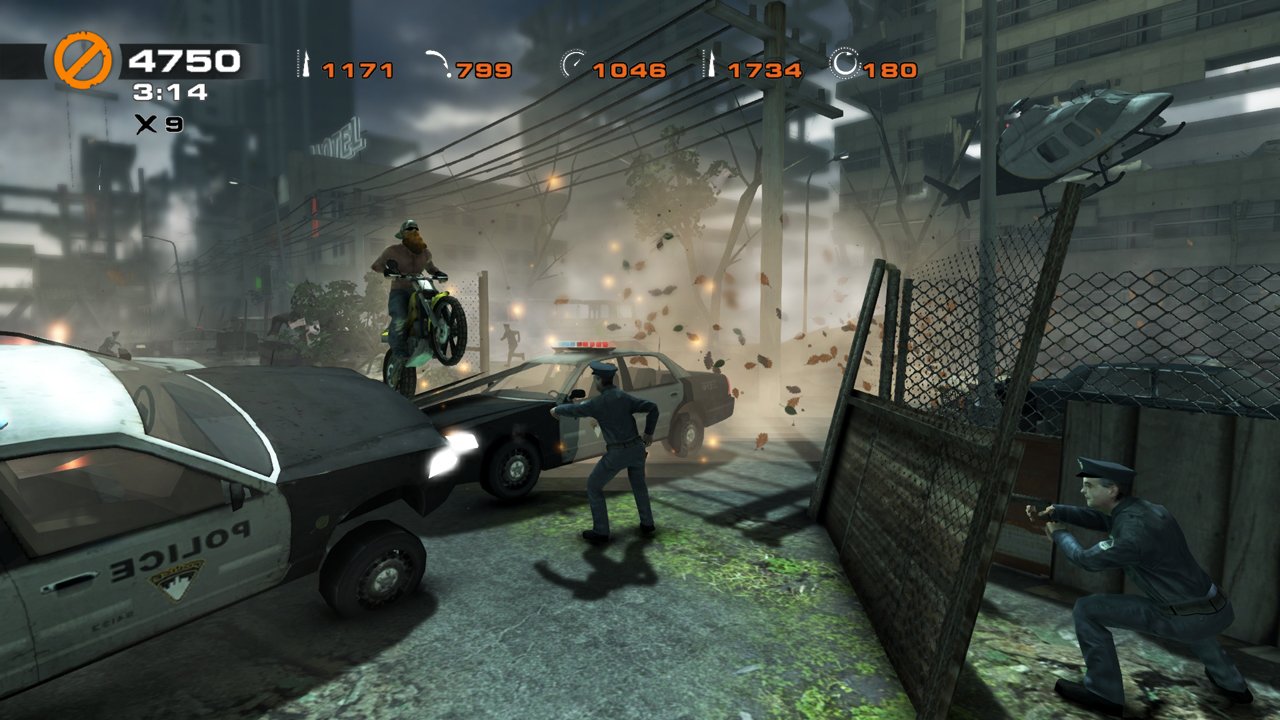 Ravi Sinha: Obviously in a game such as this, the actual track and level design matters a lot. Urban Trial Freestyle has some great and varied design. What was the approach behind designing the levels?

The last step was lightning. The average time was around 2 weeks per level but that doesn’t mean that each level was done within such time. It’s just a general working time to create primary elements. Along the process there are new implementations, focus tests, bug corrections and optimizations so we need to get back to each level from time to time throughout the whole development.

Ravi Sinha: Multiple developers point to the ease of working with Sony on PSN, and Nintendo with their new stance on digital gaming with the eShop. How was your own personal experience working with them on releasing your title digitally?

Wojtek Bilinski:  There are always some pitfalls along the way but we had some great support from SONY so we managed to get through pretty easily.

"Bringing the common architecture to PS4 should ease the development in many ways. And it should help them too, as we will be able to ask for solutions in different sources."

Ravi Sinha: Urban Trial Freestyle was released both on the PS Vita and PS3. How was it working on these two hardwares? Was it easy to develop games for? The PS4 was recently announced which promises easier games development. Do you think the amount of time you guys invested on developing the game on the PS3/PS Vita would have been less if it was developed for the PS4?

Wojtek Bilinski: It’s hard to say, the game itself always takes the most time to develop as this is what really counts. But with this, what SONY has already stated this could be the case. Bringing the common architecture to PS4 should ease the development in many ways. And it should help them too, as we will be able to ask for solutions in different sources.

Ravi Sinha: The social aspects of Urban Trial seem to have been received well; are you looking towards expanding these in the future?

Wojtek Bilinski: Yes, definitely we would like to do so. The idea of seeing other players happy faces after breaking the record turned out really well. It’s fun and it’s compelling. Still a lot can be improved here. We’d like to make it more dynamic, so more people could see themselves on billboards. Maybe some special contests refreshed with time could bring even more innovation.

Ravi Sinha: Urban Trial Freestyle was fun! What else can we look forward to in the future?

Wojtek Bilinski: Apart from UTF we are working on some new and fresh design idea around hack’n’slash genre but it’s too early to present it.

Kudos to Robbie Paterson from Indigo Pearl for setting this interview up.