Saying so is a major disservice to developers, according to her.

Christine Phelan, who has worked on games like Brutal Legend at Double Fine and Star Wars: The Force Unleashed at LucasArts, is working as an animator at Valve, and currently working on Dota 2. She says that contrary to recent allegations, the gaming industry is not sexist, and saying so would be a disservice to those involved in the industry.

“There are a ton of dudes in the games industry, yes – it’s a bit of a pickle jar,” she said to FMV Magazine in an interview. “I have never, however, been treated as anything but a team member and an equal by my coworkers, and it’s a major disservice to them that folks automatically assume they will treat me differently because I am a woman. ”

“At the end of the day I am the work I produce, not a pair of boobs,” Phelan continued. “It’s individuals who may or may not be sexist, and those are folks who reside in the broader ‘asshole’ category that applies to all things, not just games. 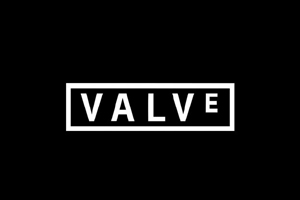 “I think the only challenge, if it can be called one, is that people assume I am challenged because I am a woman in this industry.  I am a game developer first, and my gender has nothing to do with it.”

It’s nice that credible sources from inside the industry itself are trying to clear things up. The gaming industry has been cited as a dude-dominated industry, yes, but that doesn’t necessarily make it sexist. We have to say, what Phelan says makes a lot of sense. There have been plenty of women involved in the development of big games like Deus Ex: Human Revolution or Uncharted 3- just to name some recent ones- that have worked at high positions and haven’t been treated differently just because of their gender.