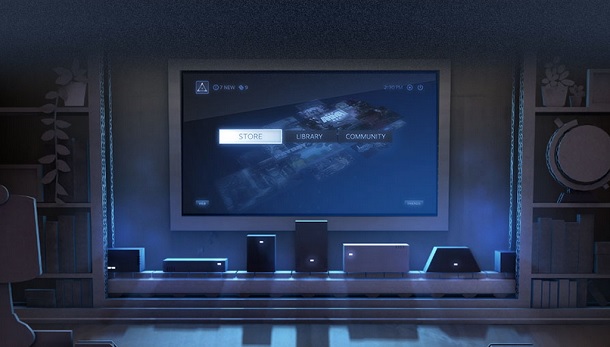 When Valve announced their plans for their own take on the console concept with their Steam Machines powered by the Steam OS, there was some confusion: Steam OS was a variant of Linux, and while a fair few PC games now get Linux ports (or well, more of them do than they used to before), mostly every PC game is not on the OS. So how was Valve planning on making their Steam OS and Steam Machine credible?

There answer was Steam Streaming, which would allow your Steam Machine to stream games from your local Windows PC, letting it do all the heavy lifting, and now they have explained the concept a bit more.

“Any two computers in a home can be used to stream a gameplay session and this can enable playing games on systems that would not traditionally be able to run those games. For example, a Windows only game could be streamed from a Windows PC to a Steam Machine running Linux in the living room. A graphically intensive game could be streamed from a beefy gaming rig in the office to your low powered laptop that you are using in bed. You could even start a game on one computer and move to a more comfortable location and continue playing it there.”

So that sounds good, but later on in this Q&A, they also reveal that while the client PC is being used to stream the game to the Steam Machine, you can’t use it for anything else, which… basically means you are using two machines to play a game when you could just use one.

I don’t know, I’m not sold yet. The whole concept doesn’t seem to be really well thought out to me. Perhaps Valve should instead have worked on creating a set of cheap APIs that would allow for easy porting to Linux?