Steam on your TV, but more awesome. And yes, PC games on your HDTV. Yes. Awesome. 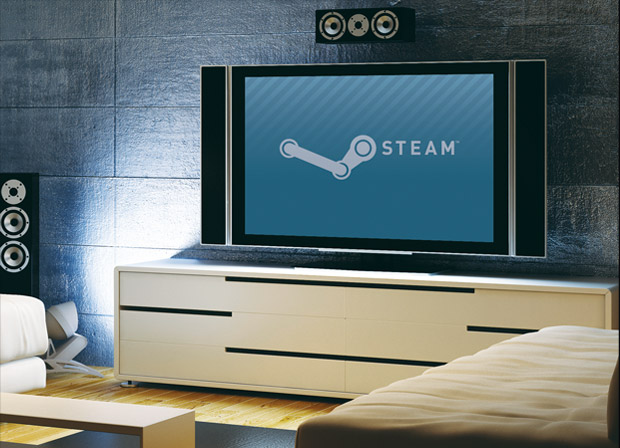 Tired of having to pay for XBox Live Gold for multiplayer? Want to look into the latest and greatest PC deals from the comfort of your own couch? Valve has just released the Big Picture, an interface which transforms their digital software platform Steam into a living room friendly affair.

Released today, this update will bring a special Dashboard into the proceedings. Fine-tuned for TV, Big Picture features an interface, icons and virtual keyboard set that makes it easy for console gamers to navigate Steam. The biggest impact of this, of course, is that gamers can now experience connect their PCs via HDMI to big screen HDTVs and navigate Steam without bothering with a cumbersome, PC-based interface.

Even more interestingly: For those who don’t want to bother with cables, you can simply connect your PC to output to your HDTV wirelessly using devices like The Air SyncHD. No lugging your PC (or even Mac) to the living room. Now you can simply log into Steam, transmit to your TV and enter Big Picture to play your favourite games on your TV.

Speaking to Kotaku, Big Picture team head Greg Coomer states, “We’re confident in some things that customers want. They want a full-screen experience. They want to be in the living room. They want to use a game controller. They wanna have a social gaming experience. And we have this platform that lets us ship a significant portion of that experience.”

Obviously the virtual keyboard warrants it’s own separate mention. Valve ditched the onsceen keyboard that so many companies employ in favour a lotus-like design. Your ratchet up and down across various combinations of letters using the analog stick and input letters using the face buttons. It looks so weird, and yet so simple. Even Valve is surprised that no one has attempted it before. To make this more sumptuous, Big Picture implements a web browser that’s easy to use with the controller, and you can even switch back and forth between Big Picture and your browser seamlessly. 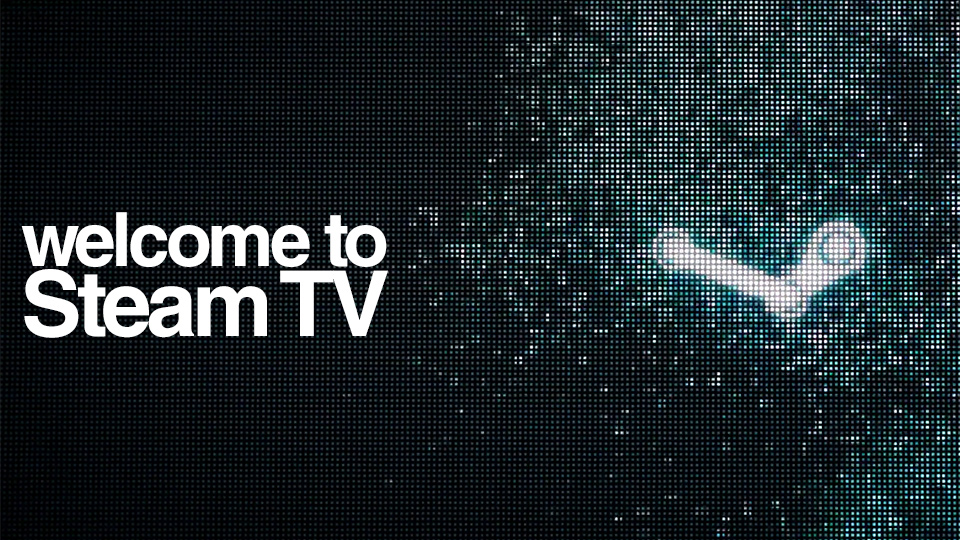 Other features will include include auto-correct, context awareness — where the browser detects when you want to enter “dot com” to the end of an address – and are even looking to implement cooperative split-screen mode. That means multiple Steam account users can access their individual accounts all from the same space. Sick of playing co-op Dungeon Defenders off the same computer? Now you can output to HDTV and experience the game, with XBox 360 controllers, in style.

Considering this is for all intents and purposes, a “living room” dashboard, the obvious question arises as to whether this is the next step towards Valve creating it’s own home console. “What we really want is to ship and then learn. So we want to find out what people value about that. How they make use of it. When they make use of it. Whether it’s even a good idea for the broadest set of customers or not. And then decide what to do next.

“So it could be that the thing that really makes sense is to build the box that you’re describing. But we really don’t have a road map. And we think we’re going to learn a tremendous amount through this first release,” said Coomer, referencing the Steam Box that’s apparently been in development (and stalled) for a long time.

The obvious question then: Do consoles have a reason to be afraid? Not necessarily. For now, Big Picture is meant purely to put the Steam experience on to television screens. But if Valve follows up and creates its own console, or even ties up with something like the Android-baed Ouya, then there are plenty of reasons for concern. Steam currently has a myriad of discounts, offers, retro releases, exclusive titles, demos, and DLC for it’s customers. Dungeon Defenders, Orcs Must Die 1 & 2 and no, none of them are available for the current breed of consoles. 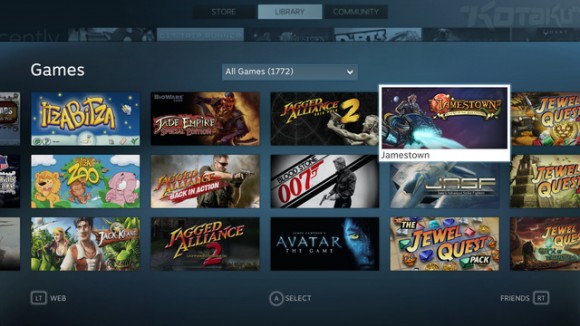 The best part? It’s all free, including the multiplayer which has been a sticking issue for XBox Live since forever.

Big Picture could function solely as a bridge, but it will allow Valve to tap into a market that Sony and Microsoft have been hoarding for a long time: Console gamers. If it succeeds, and facilitates demand for a console, then you can bet that Valve will do everything possible to take advantage. And unlike PSN or XBox Live, it’s not limited by publishers.

Look at Steam Greenlight. Imagine the amount of indie efforts that will be available on Steam and nowhere else. Anyone, anywhere, can get their games onto Steam, allowing for a vast range of content far beyond typical first person shooters and platformers. There’s also the free-to-play market, which consoles have done next to nothing to exploit. Tribes Ascend, Blacklight Retribution and the Crytek’s upcoming Warface will have a far bigger audience than before and ff Valve doubles down on this, it could become the first major pioneer of F2P console gaming. Big Picture will also be a major coup in the battle against EA’s Origin platform.

Really, the possibilities are endless. So while Microsoft and Sony can sleep easy tonight, the dreamscape might be a bit different in the years to come.