You are what lies in the shadows.

It’s 1918, London. You are Dr. Jonathan Reid, a newly turned vampire. You are looking for a cure but at the same time the “disease” needs you to kill for strength. You can hear the heartbeats, you can taste their blood. Dontnod have been in development of their cryptically dark game Vampyr for quite some time. With this eerily dark, evil in the shadows action-suspense game, there’s always something lurking around the next corner.

With such an interesting concept and a large world to explore all of its nooks, we had a talk with Lead Designer Florent Guillaume to ask him what’s lying within the shadows of London.

Extensive work has been done to capture London during 1918 in Vampyr. What are some of the memorable times you had during development?

There are key moments in production. I think the first memorable moment is you get the dialogue in the game, especially in our game. We spent a lot of time designing them, writing what they are. I think when you see that in the game, when you can talk to them – and in the end when you get to and you get to the real voices and the real actors, it’s a blast to see what you’ve been working on for so long. To see it coming to life. I think with Vampyr it’s very focused on the citizens. I would say that that’s my moment.

What can you tell us about the art style and aesthetic? We know that Phil Hale’s paintings influenced the atmosphere but how much work went into capturing them?

It’s not really my field because I’m more into the game design. But I know our art director is influenced by a lot of different artists. We really strive to find a unique atmosphere in game. We didn’t want to have a realistic rendering art direction. We tried to recapture the dark atmosphere, and to give life to the environments.

Given its genre, what can you tell us about the scale of Vampyr‘s world?

We tend to say we have a semi-open world, which in fact is an open world. You can navigate freely in the world and discover secrets. But we really worked hard to find the right skill for the game. We wanted to have a very human-focused world where the game is centered around these characters. Especially your character. We did not want it to be too large, and we didn’t wanted to be too small as well. We have four districts in the game. You can access these districts seamlessly. We try to find the right balance between them. We wanted the player to be able to explore, and always find new things in the world, new quests, new citizens, new secrets; the world is filled with secrets. We really wanted it to feel consistent. 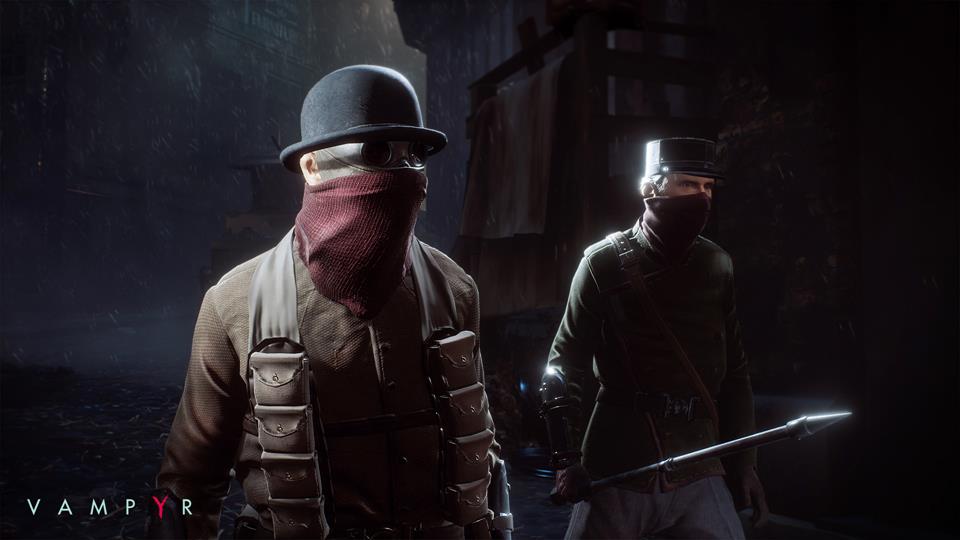 "Throughout the course of the game you can become friends with new factions, you can control them based on your actions. So your relationship can evolve in Vampyr."

What kinds of activities and side missions can players partake in? Given that this is Dontnod’s first action-esque title since Remember Me, what lessons were learned for the overall mission design?

There are a lot of activities in the game. Some missions will be more action oriented, you will have more enemies to fight. There are some bosses in the game, there are mini bosses that you have to confront and destroy. The player will have a lot of social activities to do, because he will meet a lot of characters. Some characters are critical and some are not and you will have to find information with them; to talk to them, to spy on them, because you have some powers as well that allows you to control the citizens. We also have a lot of exploration in the game. From Remember Me, we have heard from fans that it was too linear. But that was not the main reason why Vampyr is an open world. We did not do an open world just because the previous title was more linear. But doing an open world we found that it was the best structure for the game, to support our key element which are the citizens. We didn’t think as we were playing an RPG, we were playing a game where the character can go wherever he wants.

How many characters are in the game? Are there any memorable NPCs that will remind us of, say, Max and Chloe from Life is Strange?

I can’t give you a number on the citizens yet. We have a lot of citizens, we have four districts. We have a lot of different citizens and they all have a reason to be in the game. The game is taking place by night, so in that time during 1918 the world was not really peaceful. World War I that just ended. The Spanish flu that spread throughout the city. So people are leaving there and going out by night. So in order to emphasis that we developed really colorful characters and memorable characters.

Players will come across several different kinds of factions in-game. While they seem like enemies, are there certain factions you can befriend and work with?

Yes. I won’t be able to expand much on that subject because you will discover all of that in the story of the game. So I don’t want to spoil it for you. You’re facing mostly one faction. They are vampire hunters, and they are about the only people who know about vampires in the game. We also have other factions who study vampires, and they document what they find. There are enemy factions and friendly factions. Throughout the course of the game you can become friends with new factions, you can control them based on your actions. So your relationship can evolve in Vampyr. 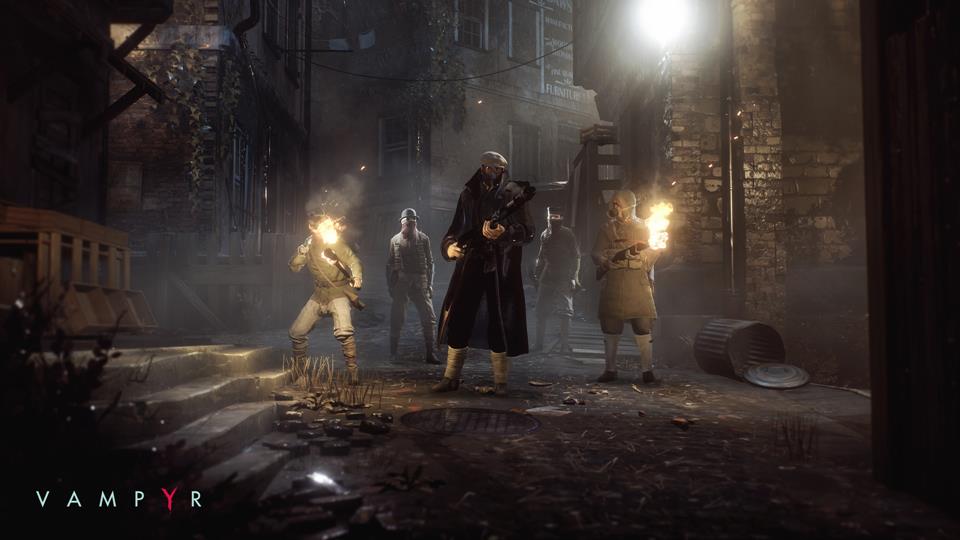 How has the combat been refined since Vampyr was first unveiled?

The combat system has gone through a lot of iterations. We have the melee combat system that is supported by middle ranged guns, and the vampire abilities and skills that you have. We really worked throughout the course of the game, really refining the systems, because we really knew since the beginning that these abilities will be good for experience. We really worked between the balance [abilities and weapons]. We worked on the animations.

Can you tell us whether the game will have any customization?

You won’t be able to customize your character.

What kind of weapons are in Vampyr?

Can players put together certain builds to fit their play styles in combat? Furthermore, what is the loot aspect of the game like?

We believe we have a unique take on the RPG evolution. Usually RPG’s tend to give you classes, to orient you to some sort of specification. We really didn’t want that for the game. The player is free to evolve at his own pace. To evolve you need to take lives, you need to embrace people. You don’t need to kill anybody, you can play the game without killing anybody; or you can play the game with killing everybody. So this plan of evolution can really vary in the game. With the decision the player takes, with the amount of blood you acquire, you will be able to evolve and gain vampire abilities.

We have a lot of them that you can acquire. We have three branches of abilities: shadow abilities, which allows you to blend in with the shadows. We have the instinct abilities, that are more beastly. We also have social abilities were vampires can turn into their targets. We have a broad range of abilities you can have.

We don’t have random loot in the game. We are not a game like MMOs where you’ll have to replay, and replay, and replay to maybe, at some point get some random loot that will work. The world is filled with content, with a lot of things to loot. We filled it with weapons, we have a crafting system that you can use to craft medicine, to craft new gear. Each area has specific challenges to access equipment.

Will the game feature Xbox One X or PS4 Pro specific enhancements? What can players expect if they are playing the game on Xbox One X? Is 4K/60fps on the cards?

I can’t talk about that yet. We will communicate about that in the summer.

As a designer I don’t know yet. We are not programming in the engine so to see the differences between the consoles, as a designer I really have no idea.

The frame rate will be at 30 FPS, but I don’t know about the resolution.

That I don’t know as well. Sorry.