The third person shooter title known as Vanquish has been getting numerous compliments from companies like Insomniac, but we just found that the game was actually meant to be an open world game in the beginning.

“Vanquish was originally an open battlefield type of game, where the goal was to move around crushing enemy positions, however, once we got started with development, we quickly made the decision to change to a more linear structure.” said Shinji Mikami in his recent blog entry.

After the team abandoned the open world concept, they focused on making the game look as good as possible.

Mikami also stated that they wanted the enemy robots to be white, but then changed them to red due to the fact that its much easier to spot them.

“When you think about it from a realism standpoint, camouflage exists to make things difficult to see, so in that way things make sense, but from a game standpoint, it was not the best idea.” he said. 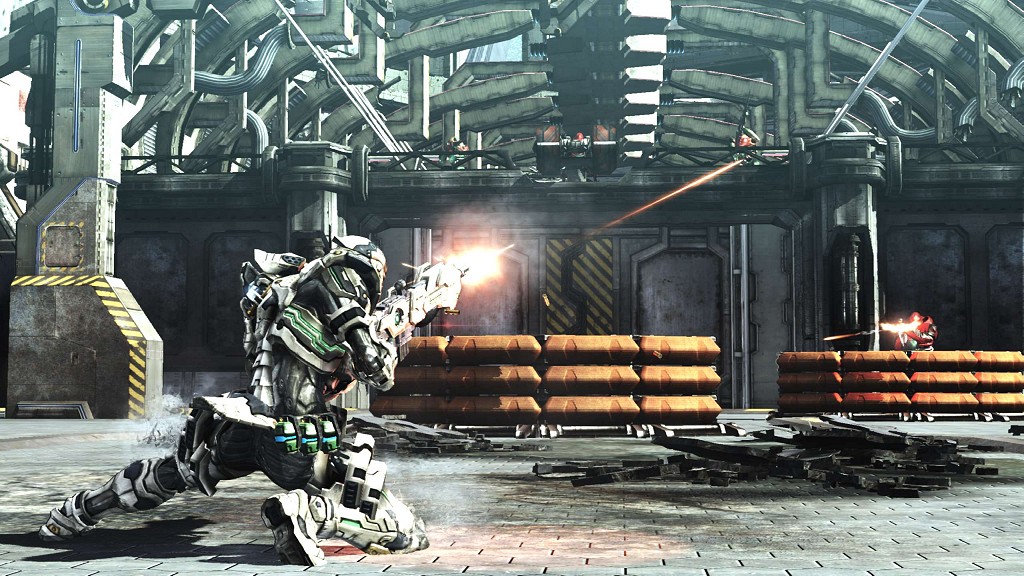