One look at Vesper is enough to grab attention thanks to its striking visual design, and when you look a little deeper at what sort of a game it’s promising to be, there’s more still to pay attention to. Focusing on stealth and puzzle platforming in a world that is looking as mysterious as it is vivid, Vesper certainly seems to have some really interesting ideas- which, if pulled off well, can lead to a genuinely engrossing experience. Recently, we sent across some of our most burning questions about the game to its developers at Cordens Interactive. You can read our interview with studio co-founder Matteo Marzorati below. 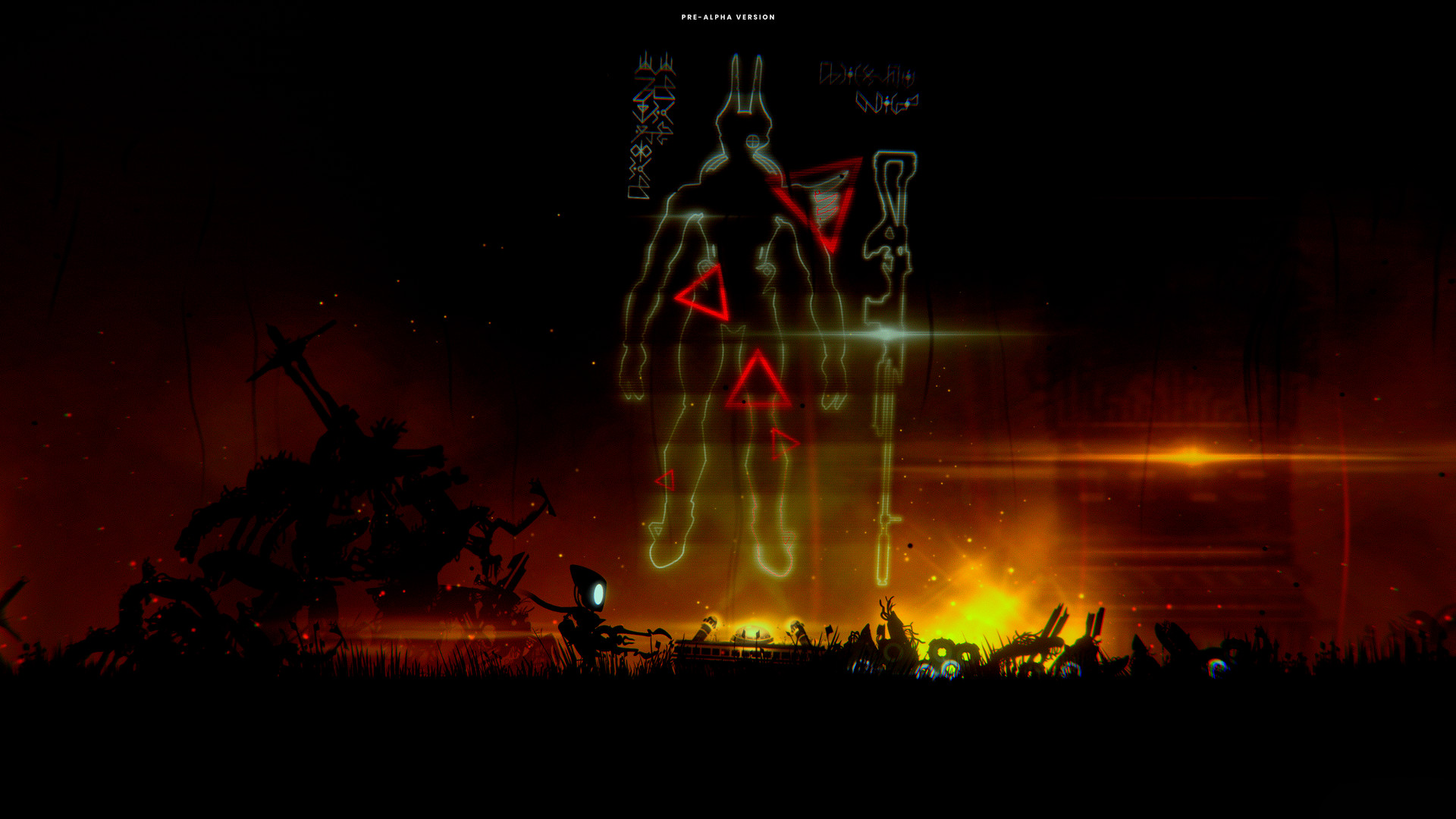 "The whole art direction of the game lives up by its contrast: the silhouettes, defined by the absence of color, stand out as the opposite of the background, which uses an acid, burnt and over-the-top palette."

Vesper’s striking visual aesthetic is one of the most instantly noticeable things about the game. How did you land on this look for the game, and how was the process of bringing it to life?

The look of the game was heavily inspired by the constant searching for the most unusual visual patterns in Vesper’s main genre, which is the puzzle-adventure one. The whole art direction of the game lives up by its contrast: the silhouettes, defined by the absence of color, stand out as the opposite of the background, which uses an acid, burnt and over-the-top palette. The sci-fi visual archetypes in which we are rooted and where we took the main inspirations – the epic one, which you can usually see in games such as Halo or Metroid Prime – are often in contrast with the exasperated realism and state of decadence of the architectures. Another really interesting key design feature that our game has is the static screen-based one (similar to what happens in Oddworld: Abe’s Oddysee): that approach allowed our artists to depict unique pictures crafted by hand and tailor-made on the emotions we want to convey in each different screen. Vesper is all about tension and discovery, and contrast is the key to make our art stands out from the crowd.

The eerie, mysterious world of Vesper is one of the most interesting things about the game, but how much does it leverage that in terms of storytelling? Is learning more about this world something that Vesper’s story focuses on?

In Vesper, Seven – the main character – and the Player, tries to piece together what happened to the world after the activation of the Vesper Protocol. Early on in the development cycle we decided that Vesper would have told a very specific story, strongly tied to the Control mechanic of the Drive Gun. The storytelling can be split in two parts: the visuals, the cutscenes and the gameplay mechanics tells a very simple story, a hero’s journey against an obscure enemy; secret areas and logs provide a deeper insight about the lore of the world. Finally, different endings, tied to different Player’s actions and discoveries, will let him shape the future of the Android’s race.

The Drive Gun sounds like a particularly interesting weapons, because it seems like a great example of a weapon with a few simple functions that can all have many applications. Is that something Vesper’s combat, stealth, and puzzles are designed around?

The whole game is designed around the Drive Gun and its features as we wanted to have a single gameplay mechanic that tied together every part of the gameplay. The Drive Gun lets the Player absorb light sources and control enemies with it, but here’s the twist: enemies have Drive Guns too, so when the Player controls one of them, he can use him to control another one, and solve all kind of puzzle and stealth section in this way, sneaking through enemy lines, disguised and unnoticed. Light is also used to activate machineries, deadly traps, teleports and the ancient technology that permeates the world of Vesper. 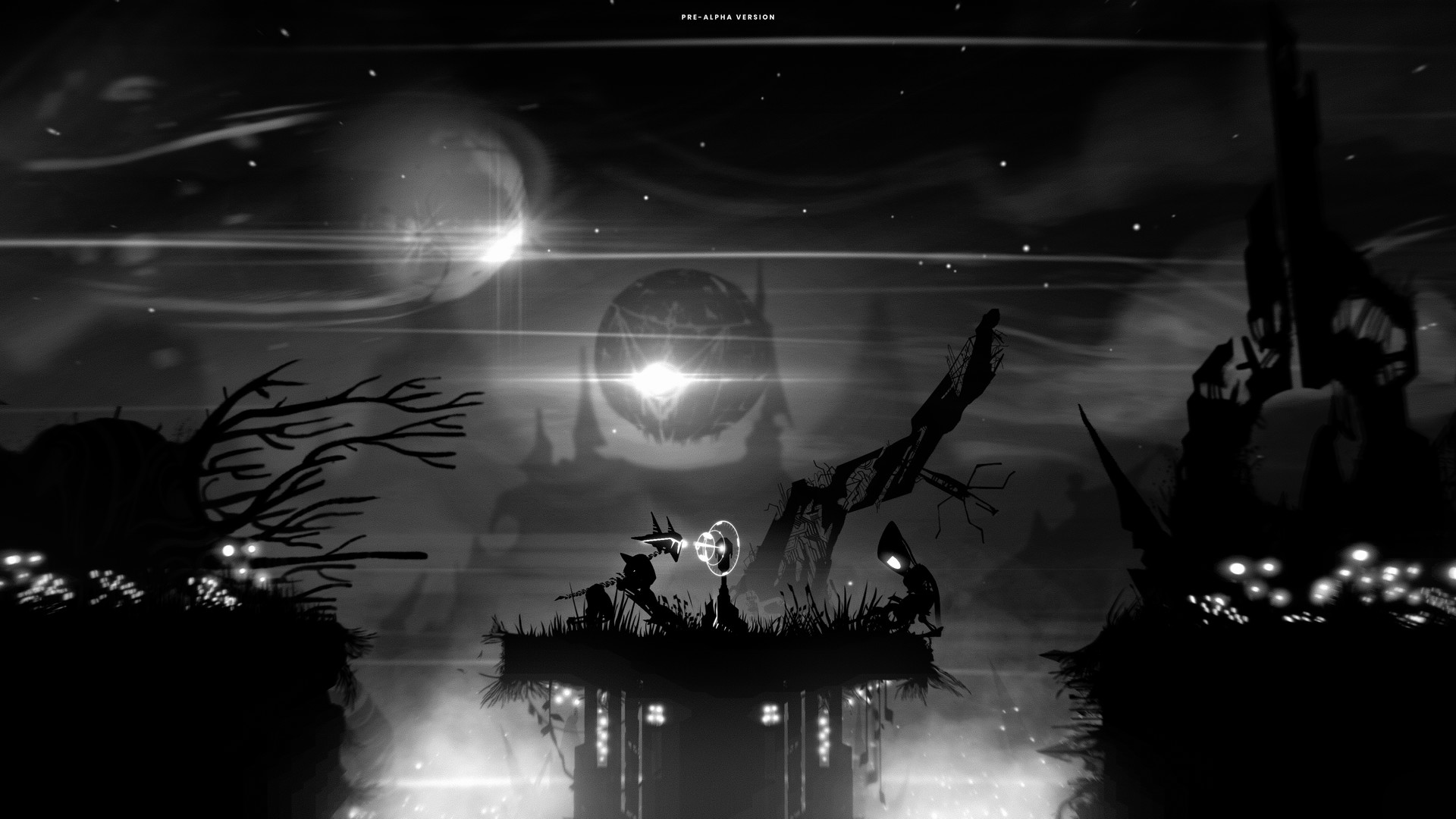 "The whole game is designed around the Drive Gun and its features as we wanted to have a single gameplay mechanic that tied together every part of the gameplay."

How much of an emphasis does Vesper place on stealth in comparison to combat or exploration?

Seven never fights his enemies face to face in Vesper: he’s relatively weak and brute force won’t help him. Instead, most of the challenges he will face can be overcome with a good plan and a clever use of the Drive Gun. Exploration, in all 5 Chapters of the game, is intertwined with stealth-puzzle sections, i.e. a locked gate behind a group of enemies, or a structure full of light hotspots and dark zones. Each Chapter also has a couple of secret areas, hinted by visual clues, or gated behind more difficult puzzles, which rewards the player with valuable knowledge of the game world.

Can you talk to us about the escape sequences in Vesper, and what they bring to the table? Are these intermittent set-pieces that break up stretches of gameplay, or more dynamically occurring events within the game itself?

There are two kind of escape sequences inside the game. The first one emerges from the gameplay stealth sections: when enemies catches Seven or a controlled enemy doing something illegal, they will start hunting him until they have killed him, or the Player was able to hide from them. The second type are scripted sequences, like in 90’s classics (Flashback, Oddworld, Another World), which lean on cinematic effects to provide a break from the usual gameplay, and remind the Player that Seven is not at the top of the food chain, but he must be clever to survive in this post-apocalyptic world.

Given the fact that controlling enemies and using their abilities seems to be an important part of the gameplay loop in Vesper, does that mean a variety of weapons with several unique abilities is something the game emphasizes? Or is it a case of something being leaner but more focused, similar to the Drive Gun, for instance?

Controlling the enemies and using their ability to reach forbidden, or unreachable places is part of the gameplay loop of Vesper. Each type of enemies will have a unique ability that will help Seven overcome the majority of obstacles inside the game. Upgrading the Drive Gun will let the Player solve more difficult puzzles, as well as defeating another type of mysterious enemy which Seven will meet progressing through the game.

Roughly how long will an average playthrough of Vesper be?

A playthrough is estimated to last around 6 hours. We don’t want to spoil too much but a second playthrough, that changes the approach to most of the puzzles within the game, may be required to see everything the game has to offer. 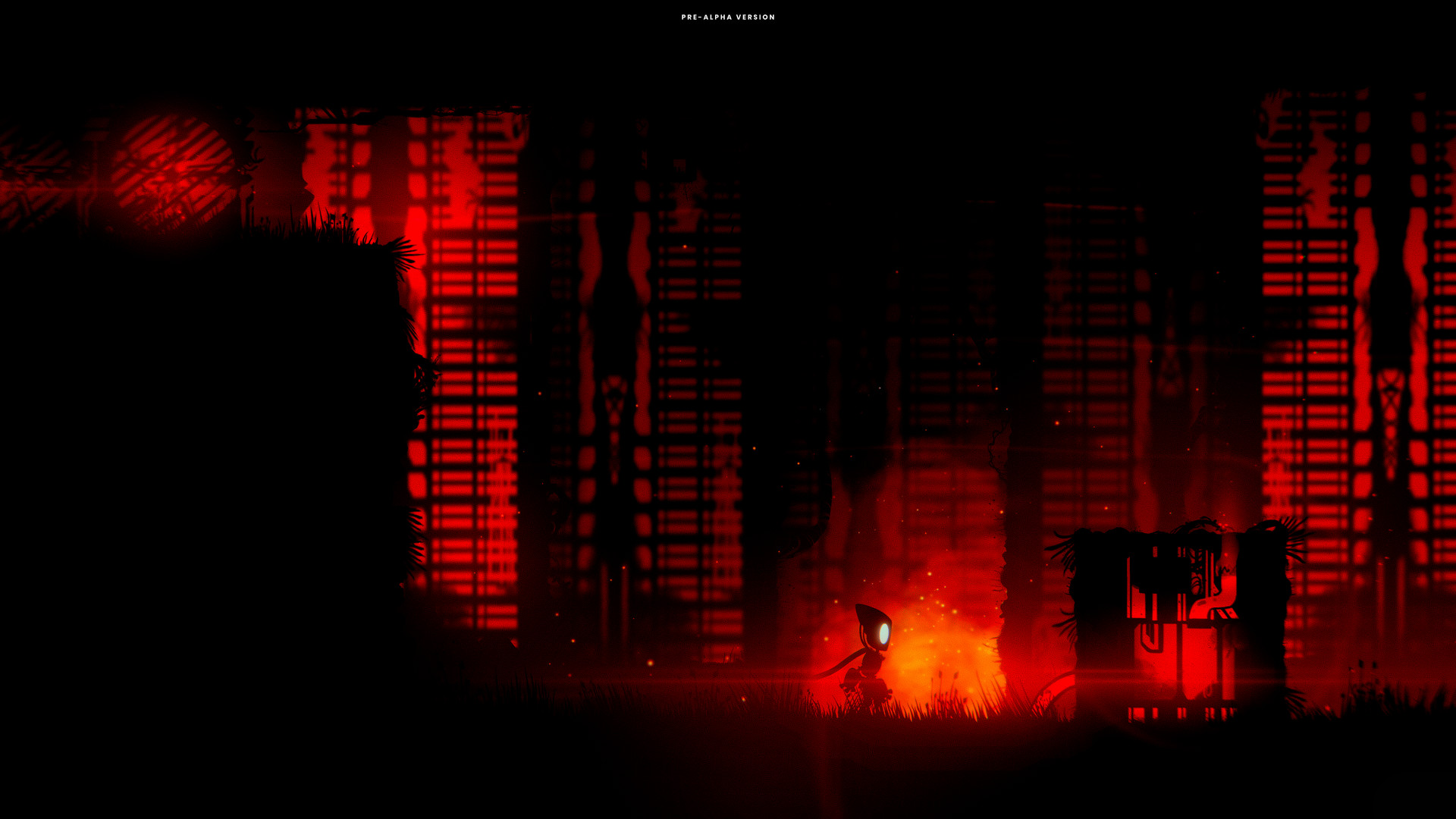 "Seven never fights his enemies face to face in Vesper: he’s relatively weak and brute force won’t help him. Instead, most of the challenges he will face can be overcome with a good plan and a clever use of the Drive Gun."

We have not yet confirmed any console versions for Vesper. However, as a developer, it is kinda natural that you want to release your beloved project on as many systems as possible and we’re quite happy with what will happen later this year. A new generation is always exciting – not only from a player’s perspective, but also from a developer’s.

It will definitely help developers a lot, making multiple sound sources easier to implement. So if you are building your game in a way where these sources make sense, it can ease your life for sure. In the end, when we’re talking about the immersion, it will always depend on how a team makes use of the tools.

Since the reveal of the PS5 and Xbox Series X’s specs, a lot of comparisons have been made between the GPU speeds of the two consoles’ GPUs, with the PS5 at 10.28 TFLOPS and the Xbox Series X at 12- but how much of an impact on development do you think that difference will have?

The numbers are amazing. And the additional power will for sure unlock new ways for how to create games, especially in the AAA sector. These are the type of games which will need every little additional performance boost. Luckily, we’re among the small teams and don’t need that much TFLOPS, yet we won’t complain about them as it makes our live easier as well.

The PS5 features an incredibly fast SSD with 5.5GB/s raw read bandwidth. This is faster than anything that is available out there. How can developers can take advantage of this and what will it result to, and how does this compare to Series X’s 2.4GB/s raw SSD read bandwidth?

In the end it depends on the tools and how you can make use of the bandwidth. That also means it depends a lot on the teams. Both systems have a different architecture and a slightly different approach. But according to what we have experienced so far, they are quite on par so far. But the SSDs will definitely help when it comes to loading times. Not only during loading the game itself but from within the game. Which will enable teams who work with open worlds to create amazing experiences. 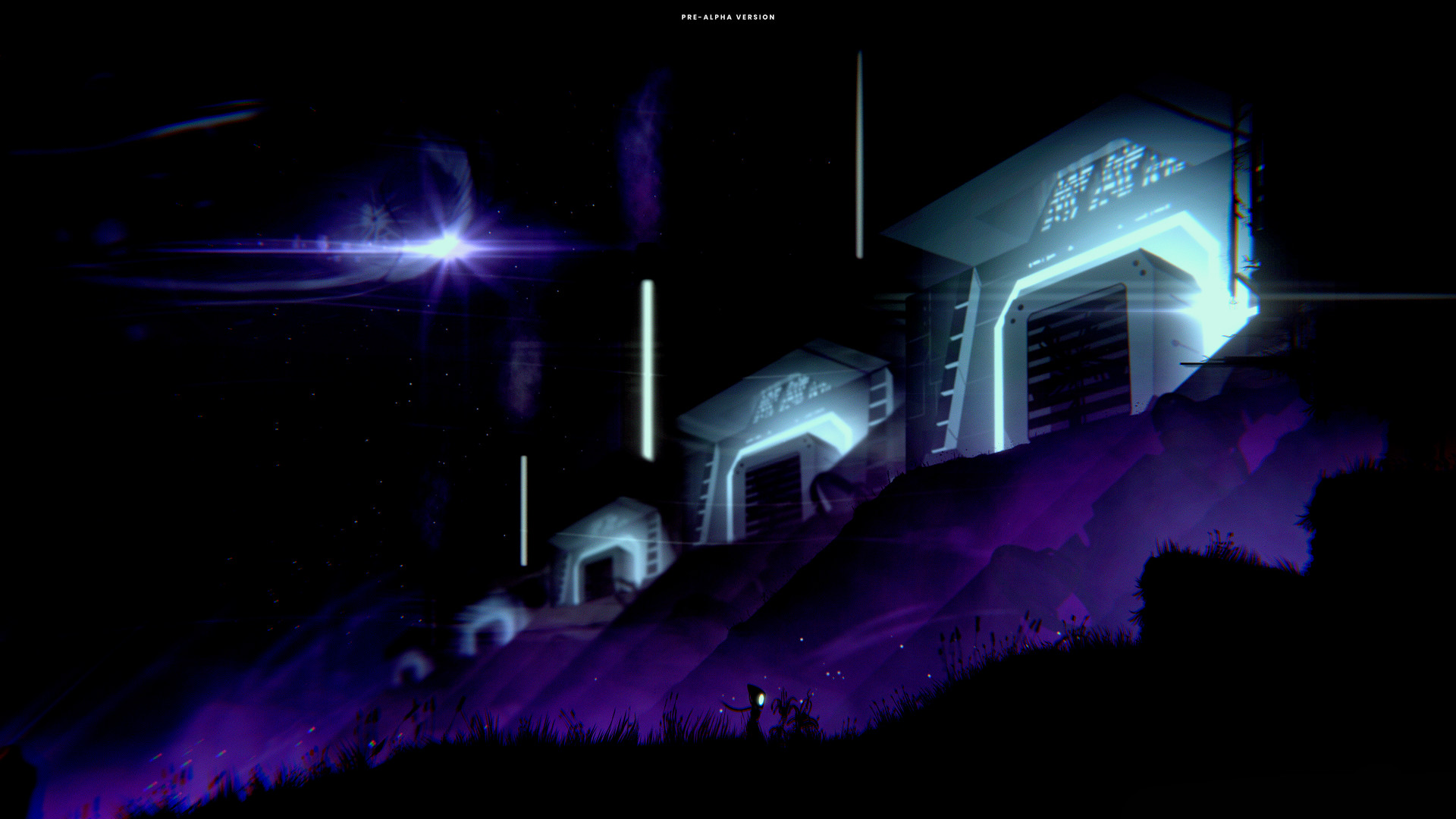 "We have not yet confirmed any console versions for Vesper. However, as a developer, it is kinda natural that you want to release your beloved project on as many systems as possible."

Well, this tech goes directly into the direction of reducing loading times and giving better access to the memory of the console. It sounds like an interesting concept, but it is difficult to predict what will be more effective in the end. Sony has the faster SSD, Microsoft another solution. In the end, both technologies will help to improve the games.

Hard to say. Microsoft has an interesting package to offer for players. Game Pass is quite an offer. On the other side, Sony has shown a strong history of first party titles. The next months will be interesting here. Also, the prices will probably drive a lot of decisions here.

Consoles have proven with the recent generation already that out-powering isn’t as important as a huge install-base. PC development continues while consoles are a fixed hardware. Both mechanics have their pros and cons.