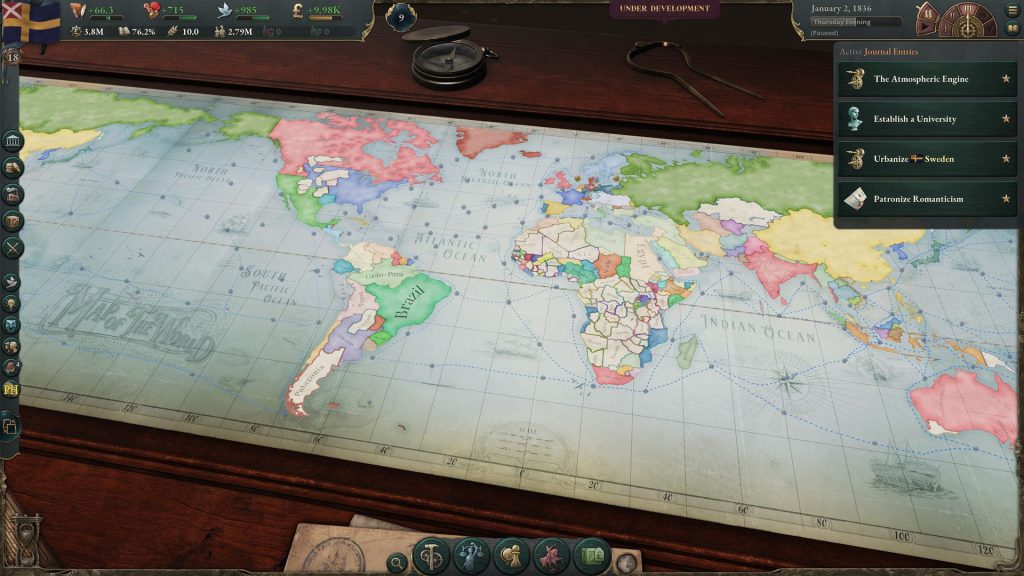 Paradox has announced that grand strategy game Victoria 3 will be releasing on October 25. The game will only be available on PC at launch, and the studio hasn’t stated any plans to bring it to consoles yet.

Alongside the announcement for the release date, Paradox has also released a trailer that shows off a tiny bit of gameplay alongside giving us a glimpse at the game’s art style and setting.

Victoria 3 is set to be a socio-economic and political simulation game that, according to Paradox, hopes to “represent the needs and desires of every person on Earth across a century of dramatic technological and social upheaval.”

Features for Victoria 3 include infinite replayability, the aforementioned societal simulation, challenging gameplay revolving around the economics of the time, options for diplomacy, and political development.

Victoria 3 is set during the 19th and early 20th centuries. The game will be freeform in nature, allowing players to come up with their own ultimate objectives.