There’s been a sudden explosion of popularity for cyberpunk settings in video games in recent years, and indie developers in particular have really taken to the genre. And of the many, many upcoming games in that category, one that’s caught the eye of quite a few people is Vigilance 2099. Envoidant Studios’ open world cyberpunk action RPG is making all the right promises with its open world, its traversal mechanics, its progression systems, and more, and like many others, we’ve been more than a little curious to learn more about the game. We recently had the chance to send across some of our questions about Vigilance 2099 to its developers, and ended up learning plenty about it in the process. Below, you can read our conversation with lead developer Nas Nakarus. 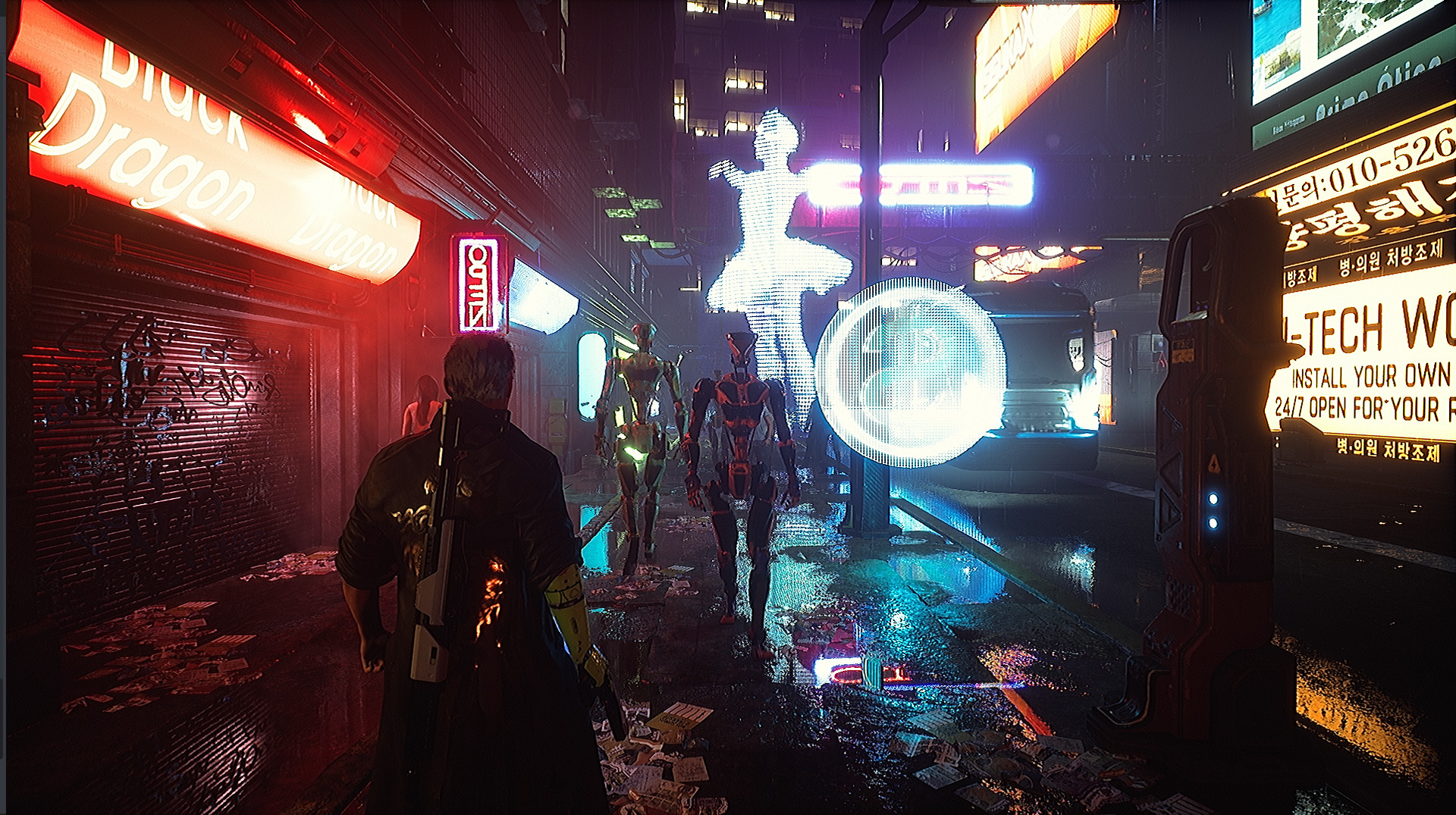 "We want the City to feel like there is tons of things to do and see. There will be plenty of side quests ranging from detective style mystery solving to hunting down unique bounties along with some vehicle missions."

What should players expect from Vigilance 2099’s world when it comes to size and variety?

Players should expect a vertical city that is split into 3 sectors. The city is completely explorable and is a content filled open world where it’s not too large with empty spaces. We want the City to feel like there is tons of things to do and see. There will be plenty of side quests ranging from detective style mystery solving to hunting down unique bounties along with some vehicle missions.

Cyberpunk settings are always ripe for thematically rich storytelling. Can we expect something along those lines for Vigilance 2099 as well?

Absolutely! We are working on having a really captivating story that pulls and keeps the audience interested throughout the game. The story is a huge priority and will feel like a forefront along with a ton of lore to learn about.

Vigilance 2099 promises various choices where open world traversal is concerned, including different kinds of vehicles. Can you talk about what that will entail and how much variety players can expect from the vehicles in particular?

So the players can choose to parkour, drive on ground or in the air to traverse through the city. However, entering a new sector will require an Air model vehicle as entrances to upper sectors are for the wealthier population. With vehicle variety, players can expect a ground car or motorcycle or air models for cars. There will be different types of ground or air vehicles, each with customisable options. However, it’s too soon to say exactly how many vehicles there will be.

How much of an emphasis does Vigilance 2099 put on things such as parkour and stealth? Are they important parts of the core loop, or are they more ancillary mechanics presented as options?

Parkour and stealth are important for the core loop but can also be optional for missions. There will be different types of bounties, some will be better for a stealthier approach and parkour for the chases whereas others will be better for all out attacks and vehicle chases. It depends on the bounty type and completely up to the player. 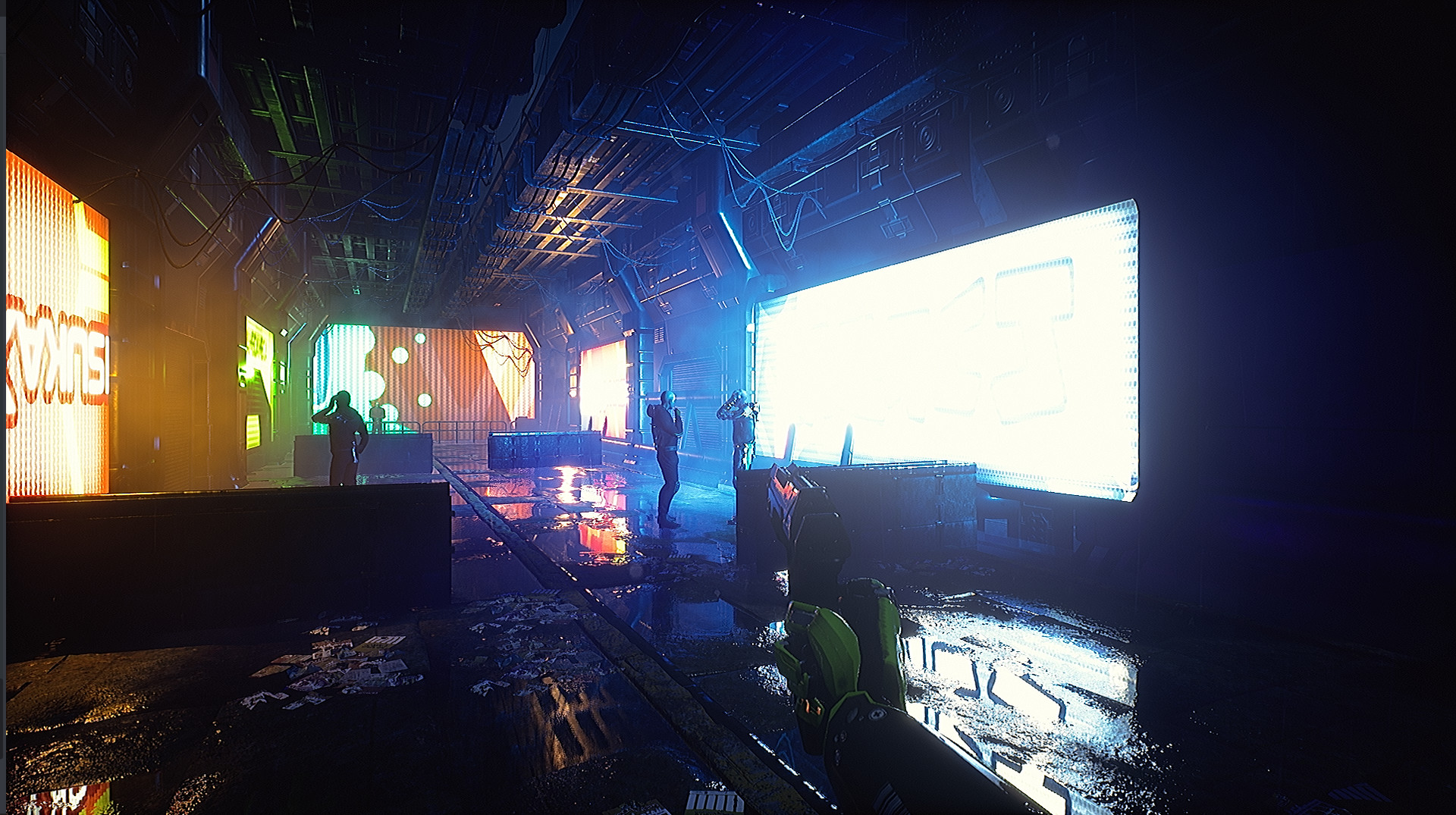 "We are working on having a really captivating story that pulls and keeps the audience interested throughout the game. The story is a huge priority and will feel like a forefront along with a ton of lore to learn about."

What can you tell us about melee combat in the game and how robust that system will be?

The melee combat will have different types of combos and takedowns depending on the upgrades the player has. For example, the player having robotic limbs adds to strength and weight, which makes combos a bit slower however to more damage and access to unique takedowns. This makes melee combat a lot more interesting and plays a part to the customisation of the player character.

How in-depth is the progression in Vigilance 2099? Does the game put a lot of focus on build variety? Will players be able to make progression choices suited to particular play styles?

We aim for Vigilance 2099 to have a lot of focus on different playstyles so build variety will have plenty of options, which means that players will be able to make choices that benefit their play styles more. An example is weapon choices and limb upgrades. Snipers are heavier weapons which benefit stealthy far range playstyles, if you choose an upgrade that allows for less weapon sway this makes it easier for those players that prefer long range gameplay to benefit off of those upgrades. Same with more aggressive players, you could focus on certain upgrades that can increase health which helps for close range combat and also increase player speed by replacing legs of the player. These are just a couple of examples and we are working on having a lot of interesting options for the player to have fun with.

What has your approach been to designing side quests and optional content in Vigilance 2099? Will side quests tie into the main story in any significant ways?

Some side quests will tie into the main story in significant ways whereas some expand on the lore of the world, there are also side quests focused on just having fun like quick bounty targets for a quick buck and for players that just enjoy action gameplay. So we want to cater to different audiences, those that love story, lore and just action.

As an indie developer, what kind of an experience has it been working with Unreal Engine 5?

We only just recently updated to the Unreal Engine 5 but it has been great and allowed for better world designs which plays a huge part in the Cyberpunk city. It’s worth it!

Roughly how long will an average playthrough of Vigilance 2099 be?

It’s too soon to say how long a playthrough will be but we want it to have a good amount of playtime with additional content via updates so that players will always have something to look forward to! We are a small indie team so we can’t promise a huge amount of endless hours right off at the start but we are making sure there is more than plenty to playthrough at the start with more along the way!

"We aim for Vigilance 2099 to have a lot of focus on different playstyles so build variety will have plenty of options, which means that players will be able to make choices that benefit their play styles more."

At the moment we are aiming for PC and consoles. However, it’s way too soon to write off the Switch, you never know, we may one day have a Switch port.

What are your thoughts on Cyberpunk 2077’s disastrous launch, and what have you learned from it?

I enjoyed Cyberpunk 2077 a lot, but I can’t ignore that their launch was messy to say the least. We have learnt that we should make sure not to over promise, make sure everyone is having fun as a main priority and avoid rushing something that we feel is not ready for the public yet. We are focused on making this a game that us developers absolutely enjoyed making so that players can feel the passion that has gone into it!

What kind of results are possible when you mix the power of Unreal Engine 5 with PS5 and Xbox Series X?

Crowded environments with crazy amount of detail while maintaining a high fps. We are looking forward to showing everyone just what we have planned and are working on with the latest tech!

Can you let us know what are you most excited about for the game?

We are working on a very different system called the Outlaw system which takes some inspiration from the nemesis system seen in the Shadow of Mordor/War games.