Both lead actors have prior, impressive video game creds. 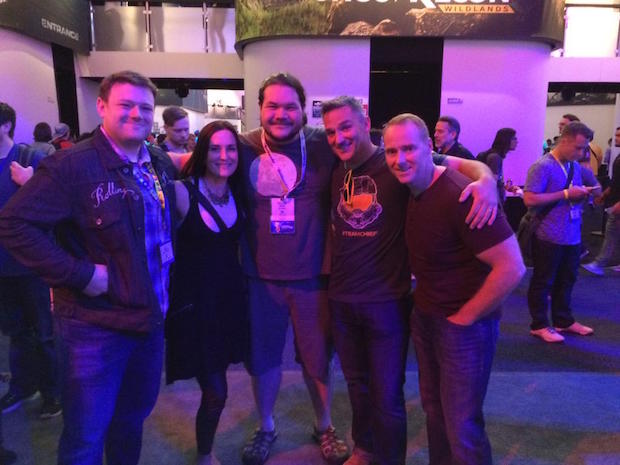 Fallout 4 garnered quite a few headlines at E3 for a number of reasons, not the least of which was that the main character is going to be voiced for the first time in the series. In point of fact, there is the ability to have two different main characters, considering that players can either take the helm of a man or a woman who has survived a nuclear war. In part because of the fact that this was hte first time the protagonist had spoken, there were some questions over just who was actually playing the voices.

Thanks to Fallout 4 lead designer and writer, Emil Pagliarulo we know now. Pagliarulo tweeted out a picture of the actors standing with the game’s voice over director Kal-El Bogdanove. Helpful Redditors were then able to identify exactly who the people are. Courtenay Taylor is the “wife” and she has quite the resume as a voice actress for video games. Among the top roles she played, she was Jack in the Mass Effect series and also took on the role of Juhani in Knights of the Old Republic.

Taylor has previously done voice work in the Fallout series as a number of different characters for New Vegas. Brian T. Delaney is the male lead in Fallout 4 and while his resume isn’t nearly as jam packed with video game work, he has leant his voice to Halo 5: Guardians as Roland. Fallout 4 is launching on the PC, the PS4 and the Xbox One on November 10, 2015.