Available in early access on the Epic Games Store, the survival sandbox title will finally be coming to Steam with new islands, enemies and features. 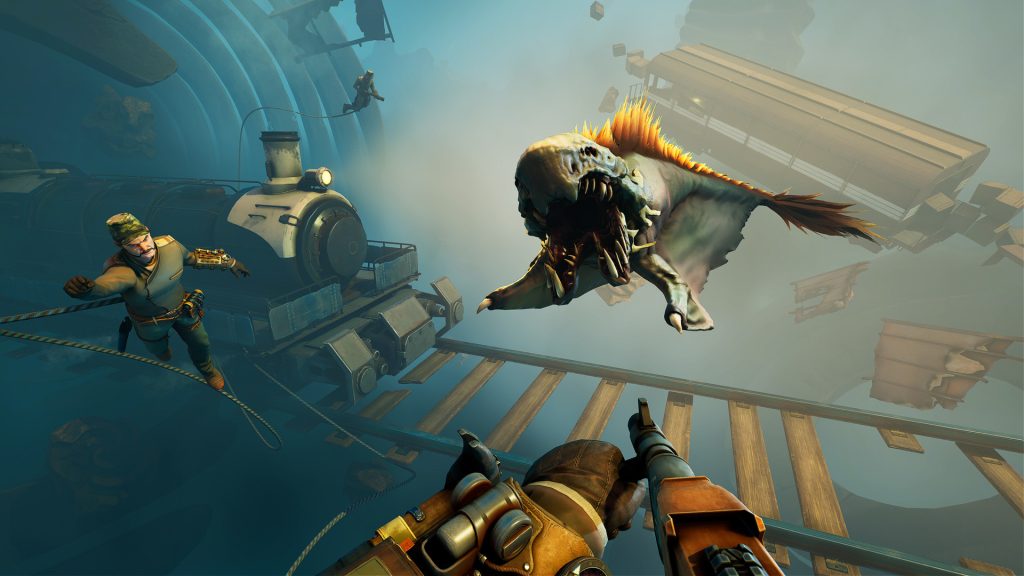 HypeTrain Digital’s survival sandbox title Voidtrain is coming to Steam in October. It’s currently in early access for the Epic Games Store and discounted by 25 to 43 percent until June 16th. Along with new enemies, there are also new islands to explore. Check out the latest trailer below.

Voidtrain sees players venturing through a brand new world with iffy gravity and strange void creatures out to get them. With support for up to four players in co-op, players must solve puzzles, gather resources to craft different items, and ultimately customize the Voidtrain to explore four different biomes. Environments, events and objects are randomly generated, ensuring something new with each playthrough.

Voidtrain is slated to exit early access this year, which should coincide with its Steam release. The price will be changing upon its full release so now might be a good time to jump in. Stay tuned for more news and announcements from the IGN Summer of Gaming expo.