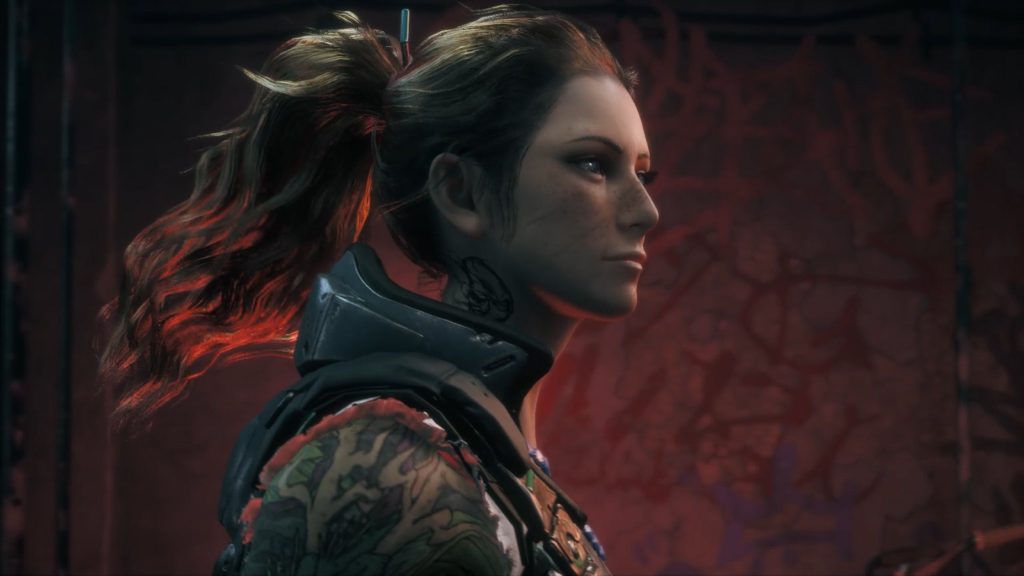 110 Industries’ Wanted: Dead is out next month, and a new trailer is available via IGN that discusses the combat. Developed by Soleil, which has former Ninja Gaiden and Dead or Alive veterans, the third-person action title features a mix of hack-and-slash and gunplay.

As Lt. Hannah Stone, Wanted: Dead throws long-range enemies and close-quarters battles at the player. You have a katana and handgun, and other weapons like rifles, grenade launchers, and submachine guns quickly become available. Enemies will drop ammo and secondary weapons that can also be equipped.

Just because you can take cover doesn’t mean you should stay in it. Sliding and charging at foes, using takedowns and finishers, and tossing grenades are all necessary to succeed. Along with upgrading weapons with different attachments, one can unlock new skills. There are three Skill Trees – Offense, Defense and Support – that provide skills like running attacks, support from teammates, and more.