Warcraft 3: Reforged Review – Not Much of a Remaster

Warcraft 3: Reforged reforges very little and ends up being not much of an upgrade over the original.

The golden age of PC gaming has only a handful but legendary franchises that truly represent it as an era of gaming that countless players loved and still dabble in today. Among them, the original Warcraft 3 stood quite tall and for good reason. The story, the characters and the lore that was later built on many times over since the game’s original release has proved to be nothing short of timeless and classic.

So, it would come as no surprise that Blizzard would want to cash in on the game’s nostalgia factor with a full-blown remaster right? Well, yes. But a full-blown remaster Reforged is not. Despite being advertised as such for over a year, Warcraft 3: Reforged is little more than an asset flip of the original game, yet somehow manages to still fall below the quality of the original in several ways. 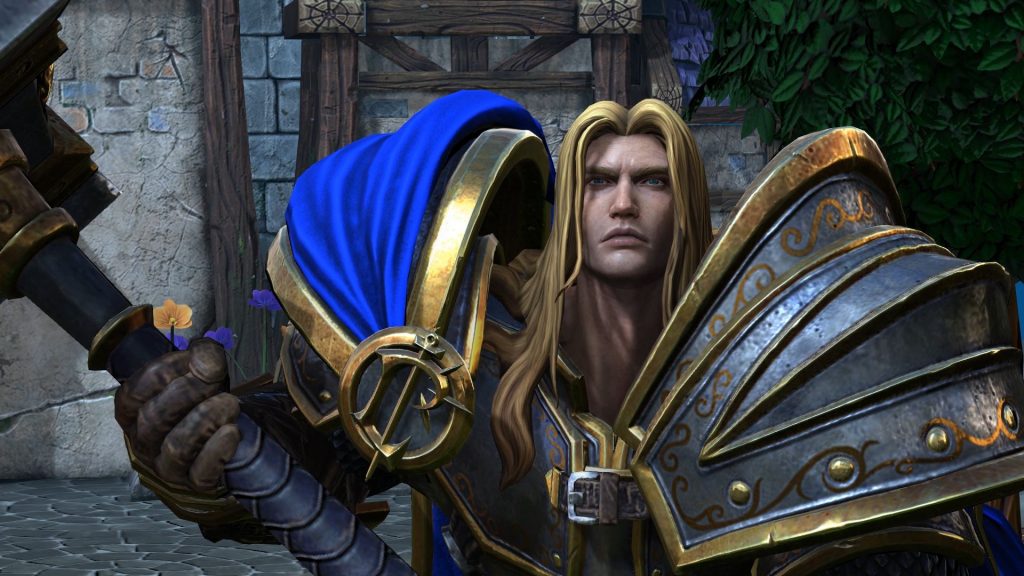 "Thrall and his merry band of orcs are still as fun to manage and build as ever."

I’m not personally a huge fan of the bandwagon effect or any other sort of pile-on when it comes to games catching hate or getting praised. It’s always best to judge things on their own merits, from an honest and informed perspective, and in as much of a vacuum as possible. So, while it’s impossible to ignore the missing updates to the story and several other features that were promised, and I certainly don’t intend to ignore them in this review, we’re going to largely focus on the game itself. How does it fare then? Well, not great.

Despite it not being the “pile of garbage” that the bandwagon effect has clearly driven many to say that it is, Warcraft 3: Reforged certainly has more than its fair share of issues; mainly technical ones, such as the frame-rate dipping quite a bit with only a modest amount of on-screen activity going on, and the command not registering at times. To my recollection the original had the occasional bug like this too, but I don’t remember them being quite as prevalent as they are in this version. Either that or maybe I just expect more from a game like this two decades later. Call me crazy.

With all that being said, Thrall and his merry band of orcs are still as fun to manage and build as ever. Falling back into the loop of building barracks, cutting down trees, mining gold, and other tasks as the game progresses are as fun and satisfying as they ever were, and it’s nice to see those elements largely left unscathed by Blizzard’s errors in other areas of the game. The story also seems unchanged, which is a good thing as the story of Warcraft 3 is fine in my opinion, and probably holds up better than just about any other element of the game. 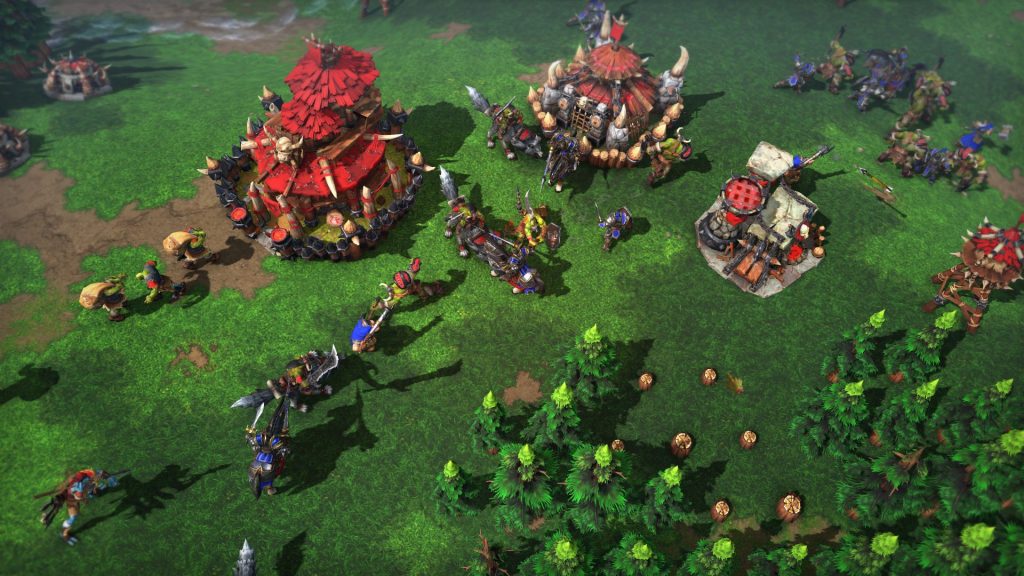 "As far as the user interface and menus go, they seem to be largely unchanged structurally, which is a missed opportunity."

Voice acting can certainly be a bit off-putting with how on the nose everything is, but that’s Warcraft. If you want layer upon layer of subtext and subtle nuances, there’s plenty of that stuff out there. Here, I enjoy the straightforwardness to the game’s dialogue, characters, personalities, and the overall delivery of the experience. There’s a certain charm to it and it has aged quite well over these past two decades.

As far as the user interface and menus go, they seem to be largely unchanged structurally, which is a missed opportunity, but they do look nice and sharp. This version of the on-screen menus will fill out your modern displays much better than the original game’s. Outside of those elements, Reforged definitely could have used some tweaks with the audio, balancing, optimization, and other areas that it just didn’t seem to get.

Apparently there were plans for more updates like those, but they were scrapped for whatever reason, and that is the thing that is behind the downfall of Reforged. Is Warcraft 3 a game that could have used a well-done remaster? Yes. Would fans of the original have liked to see the game with a new coat of paint and some updated mechanics? Absolutely. But this is not that. No. This is more in line with an expansion or texture pack for the original game. 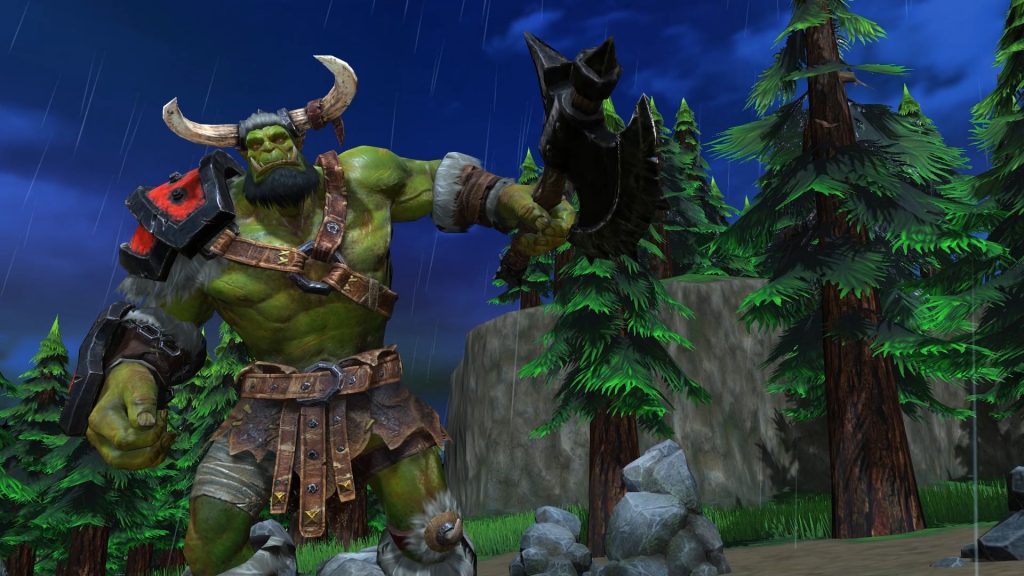 "Reforged feels like a cash grab that banks more on the branding and the namesake of the original game to sell copies."

If they had marketed Reforged as something like that, instead of the massive overhaul that it was supposedly intended to be, Blizzard probably could have side-stepped much of the lambasting criticism that  they’ve received since launch. But they didn’t, so, here we are. Blizzard and Activision have released a somewhat buggy and incomplete update to the original game and slapped a new title on it to pass it off as a remaster, and for most gamers of the PC community, that isn’t going to fly. Had they done just a little bit more they could have gotten off with having something that could be called a half-way decent remaster , so while it brings me no joy to admit they fell short of that, it’s impossible to avoid it.

Warcraft 3: Reforged as a result, isn’t really what anybody wanted. It’s such an old game that a modest update to the character models and a few UI tweaks here and there definitely feels phoned in at best and disingenuous at worst. Without a doubt it leaves the player feeling like more could have and should have been done to treat it with the respect it deserves. That being said, Blizzard lucked into benefitting from how good of a game it still is, as the game’s gameplay does seem to shine through most of what they get wrong.

A little bit more work like new pre-rendered cutscenes or the addition of an updated UI would have gone a long way here, but as it stands, Reforged feels like a cash grab that banks more on the branding and the namesake of the original game to sell copies. Thankfully for them Warcraft 3 is still a good game, but unfortunately for gamers, this new version gives us very little reason to revisit it.

Reforged runs badly, lacks modern features, and comes up short on updates to the original.

Final Verdict:
AVERAGE
Except for its solid core gameplay and intriguing story, Warcraft III: Reforged lacks any major updates over the original. In the end, what we have is a game that is a complete disappointment..
A copy of this game was provided by Developer/Publisher/Distributor/PR Agency for review purposes. Click here to know more about our Reviews Policy.