Posted By Shubhankar Parijat | On 14th, Nov. 2019 Under Article, Interviews

The musou hack-and-slash action of the Warriors megafranchise has proven to be timeless, and last year, Koei Tecmo delivered more of it with Warriors Orochi 4. But as is traditional for the series, soon we’ll be getting an expanded re-releases of the game, as developers Omega Force add more content and characters with Warriors Orochi 4 Ultimate. Ahead of its Japanese launch in December and worldwide release in February, we recently sent across a few of our questions about the game and its new content to the developers. You can read our conversation with the game’s producer and director Tomohiko Sho.

"I think players will enjoy them all, but if I have to choose one it would be Gaia. Unlike the other characters, players can enjoy exciting battles using Hecatoncheir."

What’s the process for deciding which new characters you want to add to the game?

First of all, we thought about how to show the continuation of the story, and how deep we go into it. And in order to do this, Gaia, Hades and Yang Jian have been added as necessary characters. The next thing we thought of was which characters would excite the players in the west and Asia, and we decided to add the famous characters Achilles, Joan of Arc and Ryu Hayabusa.

Which of the new characters being added to the game are you personally most excited for players to get their hands on?

I think players will enjoy them all, but if I have to choose one it would be Gaia. Unlike the other characters, players can enjoy exciting battles using Hecatoncheir.

With the new storyline and substories, in total, how many hours of new gameplay is Warriors Orochi 4 Ultimate adding?

In terms of only the story… Depending on the play style, it is about 15-20 hours. When taking into consideration Infinite Mode and Challenge Mode, it is 35-40 hours. When including the replayability elements, it goes beyond this.

Can you talk about Infinity Mode and what kind of an experience players can expect it to be?

Infinity Mode is centered more on gameplay that takes on game and challenge elements, which are the biggest differences to Story Mode. Players will feel good overcoming many challenges, while at the same time enjoy upgrading characters. 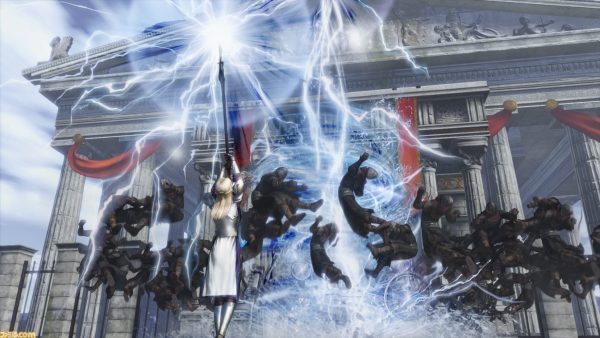 "By switching Sacred Treasures, players can enjoy playing even more to their own style than in the previous game."

In what ways do the ability to use Sacred Treasures with other characters and the new Musou Switch combo collectively change up the combat?

How does the new Promotion system change up the progression in the game?

Players can make their favourite character(s) even stronger and level them up according to their personal preferences.

Can you go into detail about UI improvements, changes to controls, and other quality of life improvements are being made with Warriors Orochi 4 Ultimate?

We focused on two areas: improving the functionality and improving areas that were prone to incorrect controls. Obvious changes are making it easier to find desired characters in the formation (character selection) screen, while also making it look better. For more detailed areas, we adjusted the icon size of the map during battle.

Can players look forward to any other extra content, like new challenges, or new weapons and armour, or something else along those lines?

In terms of content, it is characters, story (battle), new weapons, new Sacred Treasures, new materials (for strengthening weapons), new modes (Infinity Mode, Challenge Mode). Other than that, there are additional elements directly related to game play such as additional skills.

Will the game will feature Xbox One X specific enhancements and PS4 Pro enhancements Is 4K/60fps on the cards?

Xbox One X and PS4 Pro versions are 4K compatible, and the frame rate is 60fps, the same as the base game. 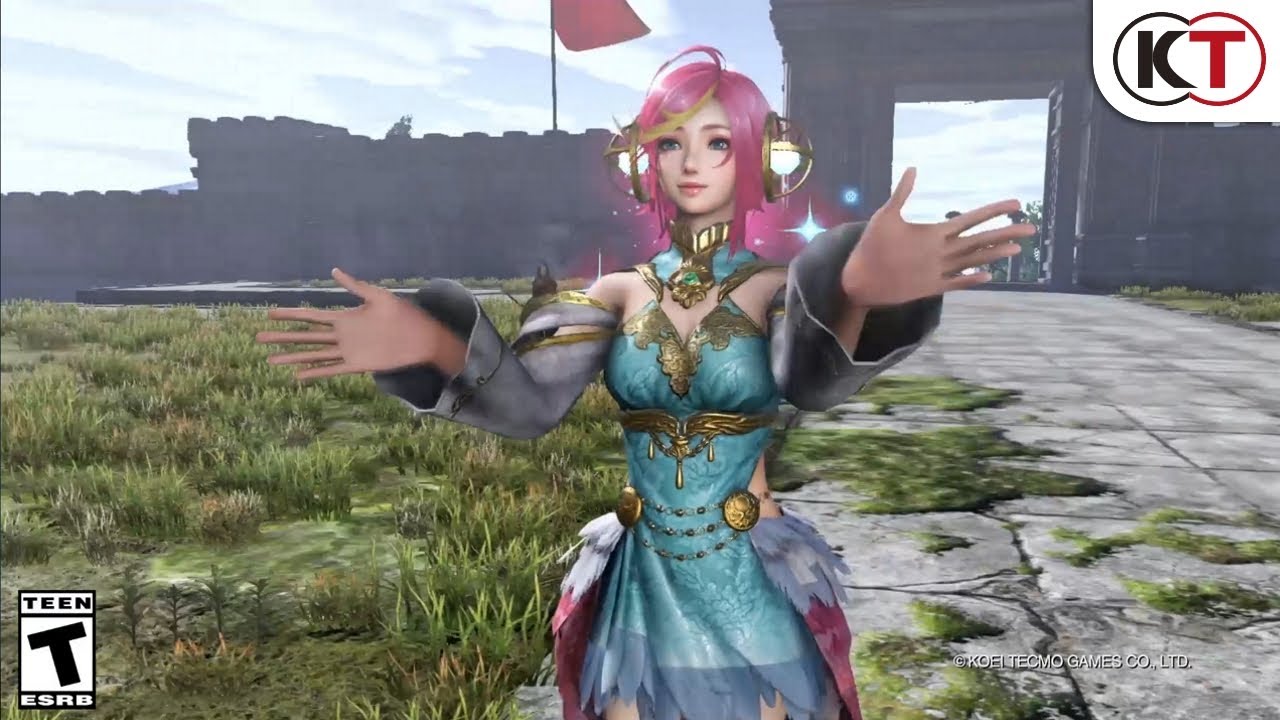 "For both the Xbox One and PS4, it is Full HD resolution, and the standard frame rate is 60fps."

For both the Xbox One and PS4, it is Full HD resolution, and the standard frame rate is 60fps.

Can you please confirm the resolution and fps in docked and undocked modes on Nintendo Switch?

As SIE has stated, I think the concept of loading as we currently know it will almost or completely disappear. Naturally, this is a great improvement in comfort, and we hope to see an unprecedented gameplay experience created by enabling instant scene changes.

By dramatically improving the processing speed and the amount that can be processed, we anticipate that more advanced AI and larger-scale controls will be possible, as well as anticipate various advanced and/or high-speed simulations will be possible. While these may temporarily make development challenging, in the end, we hope that the efficiency of development or automation progresses, so that we will be able to focus more on details and content. 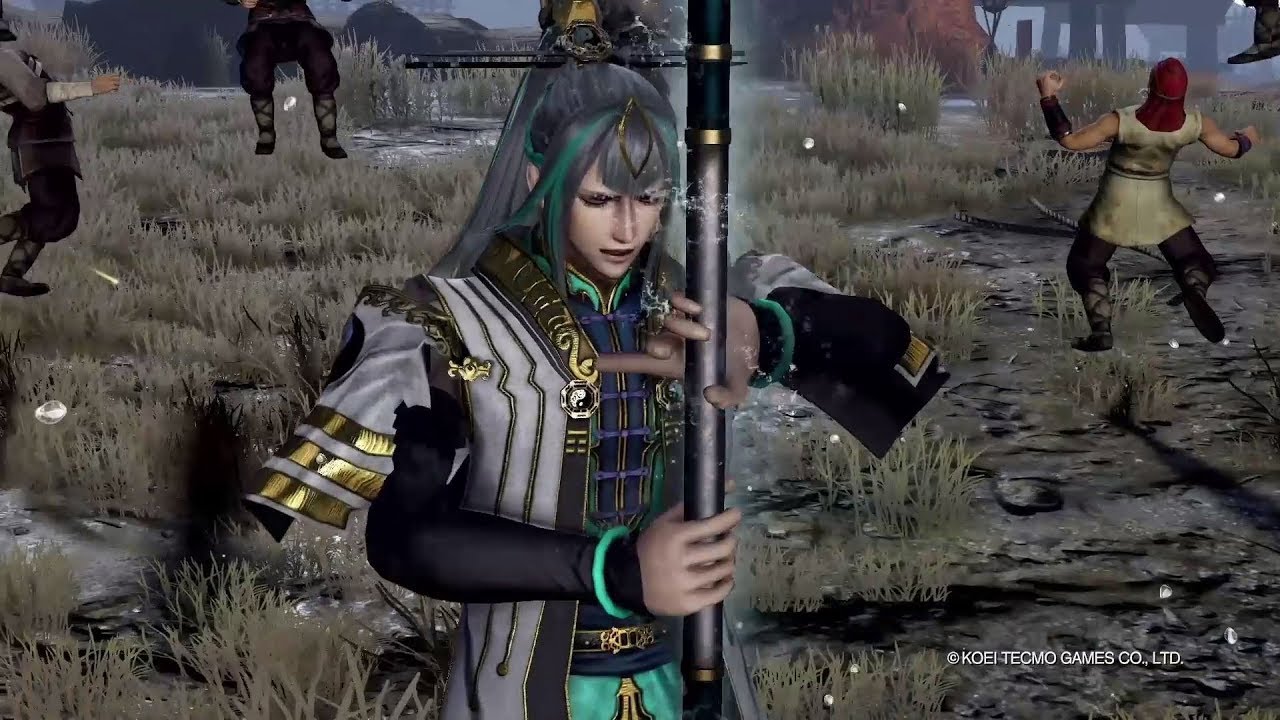 "I don’t think that backwards compatibility will directly lead to future opportunities for our past library."