Recruit different heroes and fight back against the Nazi army. 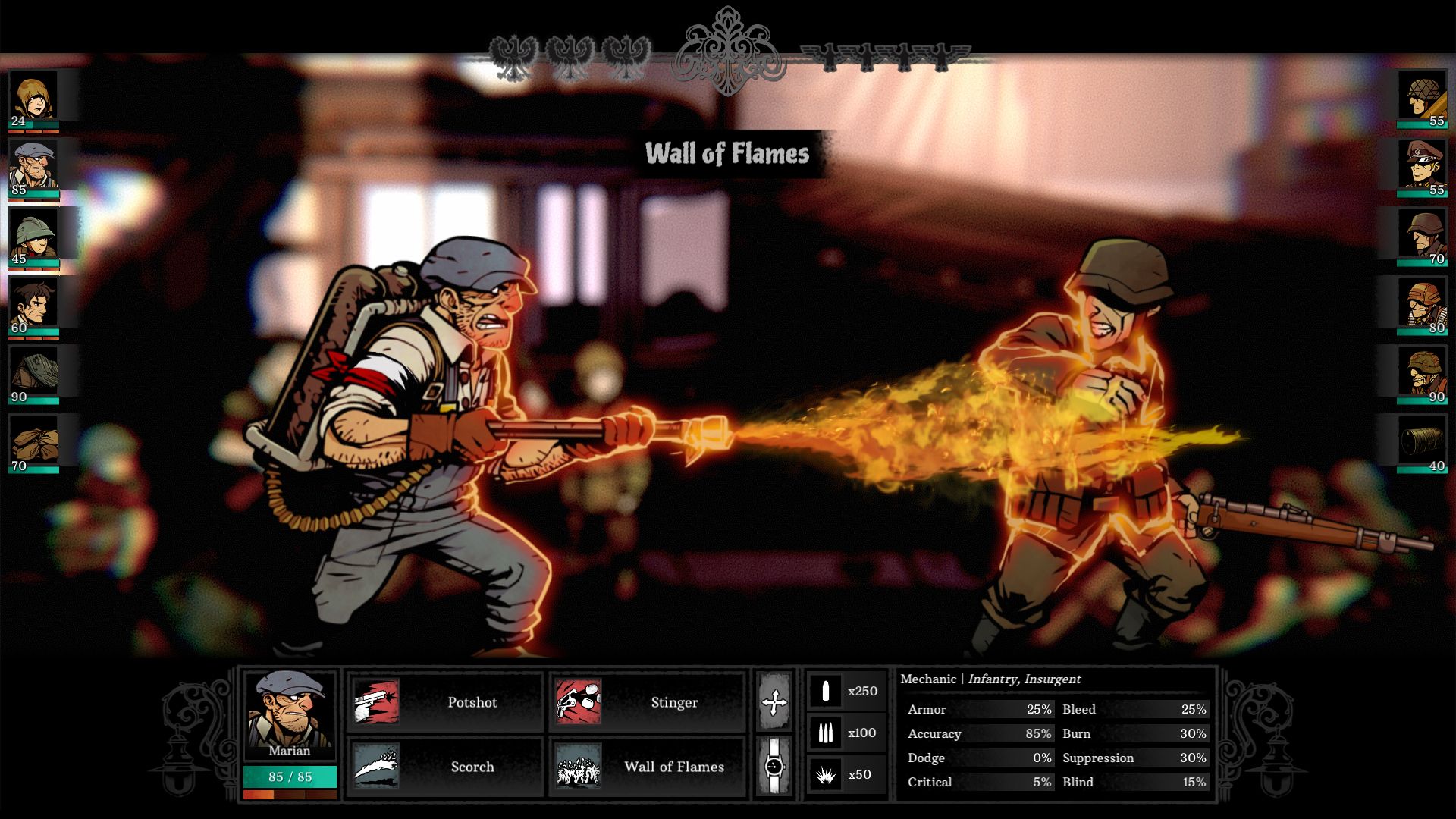 What happens when you take the setting of Warsaw during World War 2 and combine it with a Darkest Dungeon-style turn-based RPG system? You get Pixelated Milk’s Warsaw, which sees a group of civilians and soldiers fighting back against Nazi forces. Check out the announcement trailer below, courtesy of GameSpot Trailers.

From training and recruitment to taking on missions with different difficulties, Warsaw promises a “deep tactical combat system” with complimentary skills, weapons, and abilities. You’ll learn more about character’s stories while playing and complete tasks, like salvaging supplies or taking out enemies. You can even run into certain people and recruit them to your cause.

Given how powerful the Nazi army can be, you’ll need to rely on cover, flanking, and different abilities to succeed. Warsaw also promises weapons, uniforms, and items that are historically accurate as you continuously level up your team. We’re not sure if it embodies the same style of perma-death and negative traits as Darkest Dungeon, but it’s certainly worth keeping an eye out for. Warsaw releases in Q3 2019 for PC, PS4, and Nintendo Switch.