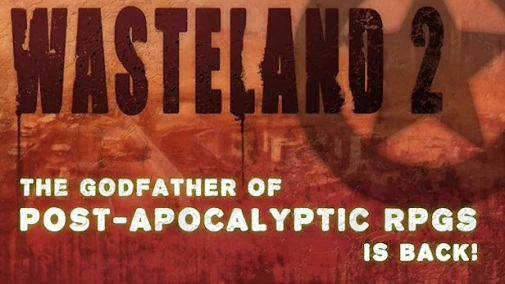 When Brian Fargo mentioned that Wasteland 2 will have “social” features, plenty of fans were upset. Most people equate social to casual which is unfortunate and a completely wrong way of assessing things.

Wasteland 2’s Kickstarter has accumulated approx. $1.5 million, and while the game is cleared to be developed, some of the features are still hanging in balance.

Fargo attempted to clarify this in a recent update to the Wasteland 2 blog.

“What I have discovered is that there are some four-letter words with extra letters like ‘Social’ which get very emotional responses. Social means casual to some people and Wasteland 2 is NOT a casual game,” he said.

“I will certainly be careful in my word selection as I want new ideas to be discussed without being railroaded for bad word choice. I clearly made a mistake in throwing out an idea before I communicated a cohesive vision document on the overall game.”

He also tried to say that the game is an old-school RPG in every concievable way and fans shouldn’t be worried in any way.

“I do like sharing my experience with my friends when I play a game – be it conversation or leaderboards. I would be curious to see my friend’s stats when playing: how many kills he had, ammo used, his level and other various non-spoiling information,” he said.

Next Witcher Title is Codenamed Project Polaris, Will Have Two Sequels

Over 150 developers are working on Polaris. After its launch, the next two titles in this new Witcher trilogy ...

Development on Cyberpunk 2077's Phantom Liberty expansion is also currently in the "final production phase." I...

Relic Entertainment and Sega's World War 2 real-time strategy title has been pushed back from its November lau...

Dakar Desert Rally is Out Now on PS5, Xbox Series X/S, PS4, PC, and Xbox One

The newest title in the offroad rallying racing sim is touted as the "biggest" adventure yet with over 30 stag...