Check out some amazing wallpapers for Wasteland 2.

Posted By Rashid Sayed | On 28th, Jan. 2013 Under Wallpapers | Follow This Author @GamingBoltTweet

Check out some amazing wallpapers for Wasteland 2  in 1080P which you can use for your desktop, PS3, laptops, Android, iPad and other devices.

The game is set in an alternate history timeline, in which a nuclear holocaust took place in 1998 in relation to an impact event involving a cluster of meteors that sparked a global nuclear war. On the day of the cataclysm, a company of U.S. Army Engineers were in the desolate southwestern desert constructing bridges in an area with a number of small survivalist communities and a newly-constructed federal death row prison with light industrial facilities. The soldiers sought shelter in the prison, expelled the inmates and invited nearby survivalists to join them shortly thereafter.

The game is due this year for the PC, MAC and Linux. 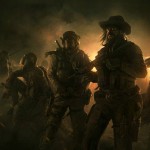 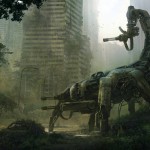