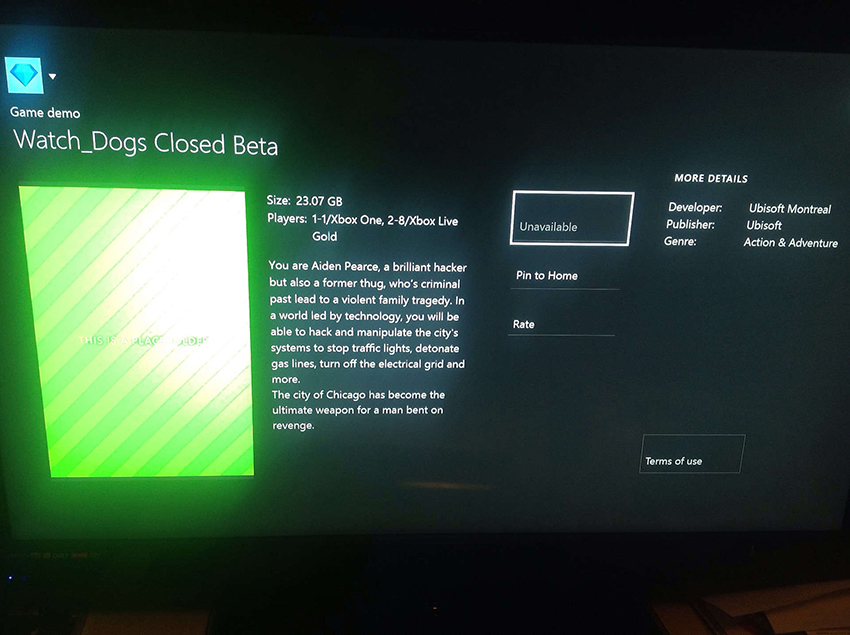 It’s got a blurb attached to it, and some details that don’t reveal a whole lot, but it’s something. “You are Adan Pierce, a brilliant hacker but also a former thug, who’s criminal past lead to a violent family tragedy,” reads the blurb. “In a world led by technology, you will be able to hack and manipulate the city’s traffic lights, detonate gas lines, turn off the electrical grid and more. The city of Chicago has become the ultimate weapon for a man bent on revenge.”

The closed beta is apparently worth 23.07 GBs, so it’s not going to be just a regular, teeny demo.

There’s no confirmation from Ubisoft yet, but we’ll keep you updated and give you more info as it comes our way.