A glimpse at what players can expect in the game.

Posted By Rashid Sayed | On 03rd, Apr. 2014 Under News | Follow This Author @GamingBoltTweet 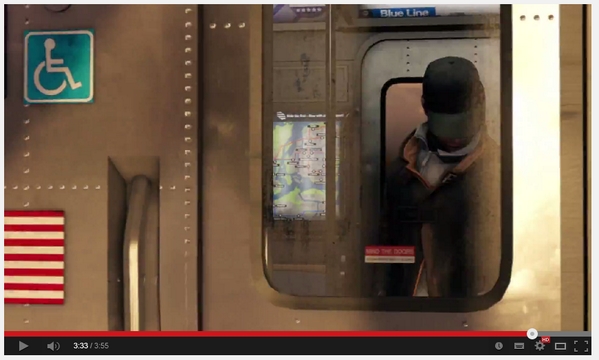 Last week Ubisoft released a new Watch_Dogs trailer titled ‘Welcome To Chicago’. The trailer, besides teasing demons and sci-fi robots, also gave us a look at the map size of the game. Caught by an eagle eyed user, the map that you see in the image above, just behind Aiden is the actual in-game map.

Jonathan Morin, who is the creative director of the game confirmed that it is indeed a very close representation of what players can expect in the game. However, as expected it’s not a one to one replica of Chicago as the game is inspired from the city and after all it’s a video game. So you will find a few discrepancies when compared to an actual map of Chicago.

Watch Dogs releases on May 27th for the PlayStation 4, PlayStation 3, Xbox 360, Xbox One and PC. The Wii U version release will follow at a later date.

What are your thoughts on the map size? Let us know in the comments section below.