Hunting simulation games might be a niche group, but there always seems to be a demand for new and exciting experiences in the genre. Nine Rocks Games’ upcoming Way of the Hunter looks like it might just be able to capture a big slice of that pie. From its focus on authenticity to its gorgeous visuals to its promise of a large, serene, open world experience, what we’ve seen and learned of this game so far has looked quite promising, and to learn more about it and some of its biggest highlights, we recently reached out to its developers with a few questions about the game. You can read our interview below. 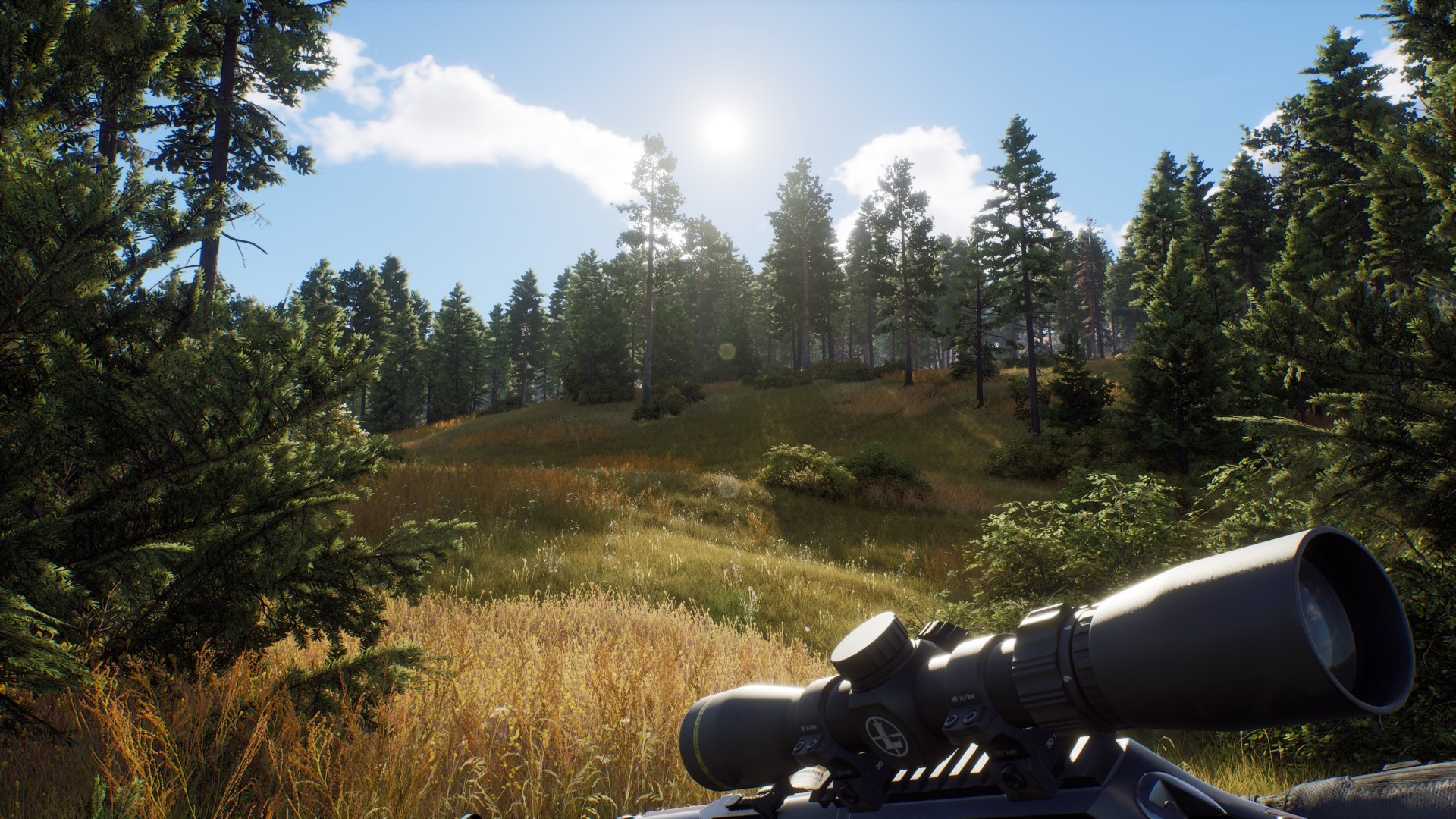 "Delivering the best and the most authentic hunting experience possible is, of course, our main goal. But we want to offer a chance to discover the beauty of nature and hunting to a broad audience."

Way of the Hunter is promising an experience that offers authentic hunting mechanics but also rich storytelling. The latter isn’t something that similar games focus on all too often. Can you talk to us about how much emphasis Way of the Hunter will place on its story, and what motivated this approach for the game?

Delivering the best and the most authentic hunting experience possible is, of course, our main goal. But we want to offer a chance to discover the beauty of nature and hunting to a broad audience. We want to immerse players into our virtual world, where you’re not only a virtual hunter but a real person with a past, a present, and a future. That’s why we emphasize the story from the beginning of the development process. Proper storytelling is also a great way to naturally introduce a game in this genre to players who would otherwise initially reject the idea of playing “yet another hunting game.”

Way of the Hunter’s two open world maps are clearly going to be massive in size, but what should players expect from them where environmental variety is concerned?

The U.S. and Europe maps will have many apparent differences given the distinct characteristics of the regions we were basing them on. But within each map, players will experience various biomes determined by the elevation, orientation, proximity to water, and other factors. Natural environments in the real world change dramatically based on these factors, and we are doing our best to capture that to create believable immersive open worlds.

How many different varieties of animals will be featured in the game? What has the process of differentiating each different kind of animal and making their behaviour authentic been like?

We’ll keep the specific number of species and their varieties for a later announcement, but we have dozens. Differentiating species was relatively easy as each has different needs, habitats, life cycles, etc. Differentiating varieties of the same species is not always easy, but if you have a solid design from the start, it helps a lot. Animal behavior, in general, is based on their needs, and we are trying to make it as realistic as possible while maintaining playability. 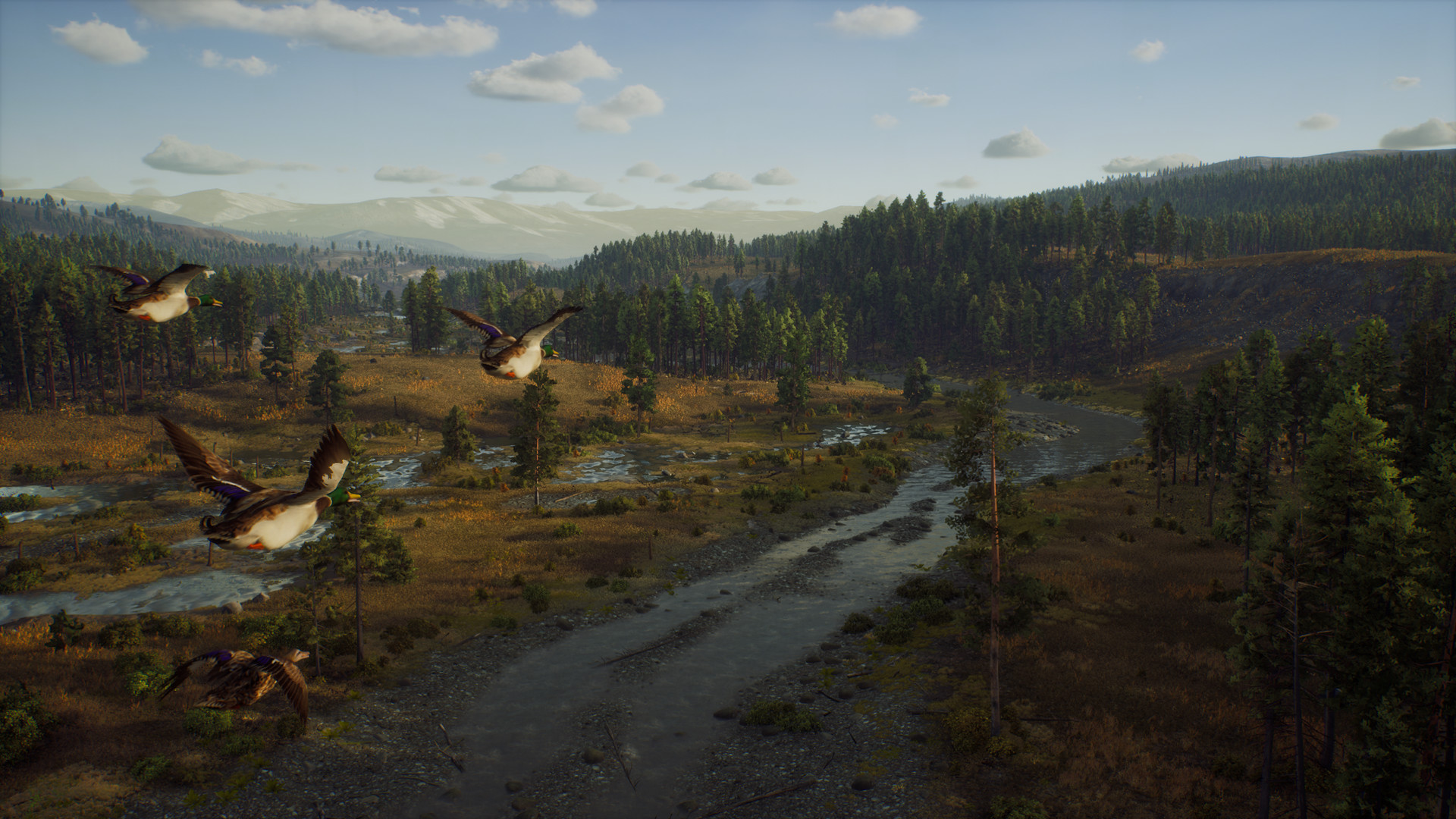 "We’ll keep the specific number of species and their varieties for a later announcement, but we have dozens."

Where its core hunting mechanics are concerned, what sort of a balance is Way of the Hunter looking to strike between being authentic and realistic and offering an accessible experience for players to jump into?

Our design philosophy was to create an authentic-feeling experience so that knowledge of players who have real-life hunting experience would naturally translate into our game when they pick it up. That means accurate animal senses and behavior, realistic weapon handling, or a trophy scoring system based on those used in real-life hunting, to name a few. It was also vital that we don’t distract players with overly intrusive and “gamey” HUD elements, so we designed them to be fairly minimal and customizable. But we also thought about those players who are not necessarily looking for a hardcore challenge and included optional assist features. Plus, the story mode itself is our guided approach to easing in players unfamiliar with the genre – on top of being a fulfilling narrative.

What should players expect from the game’s selection of weapons and their customization options?

Although we are not yet ready to talk about our full roster of weapons and attachments, we can confirm a solid selection of licensed weapons and other equipment that we recreated quite painstakingly.

How extensive are Way of the Hunter’s co-op options? Can the entire game be played through in co-op? Will local co-op be supported?

Up to four players will be able to get together online, depending on the platform.

Do you have any plans to introduce PvP elements to the game down the line?

We don’t have any plans for a PvP mode.

On average, how long will it take to see Way of the Hunter through to completion?

Too many developers are on record with completely wrong game length estimates for us to confidently provide a number. But we believe that completionists who aim to see all the unique locations and fill up their lodge with high-scoring trophies across our list of species will find themselves comfortably in a three-digit hours territory. 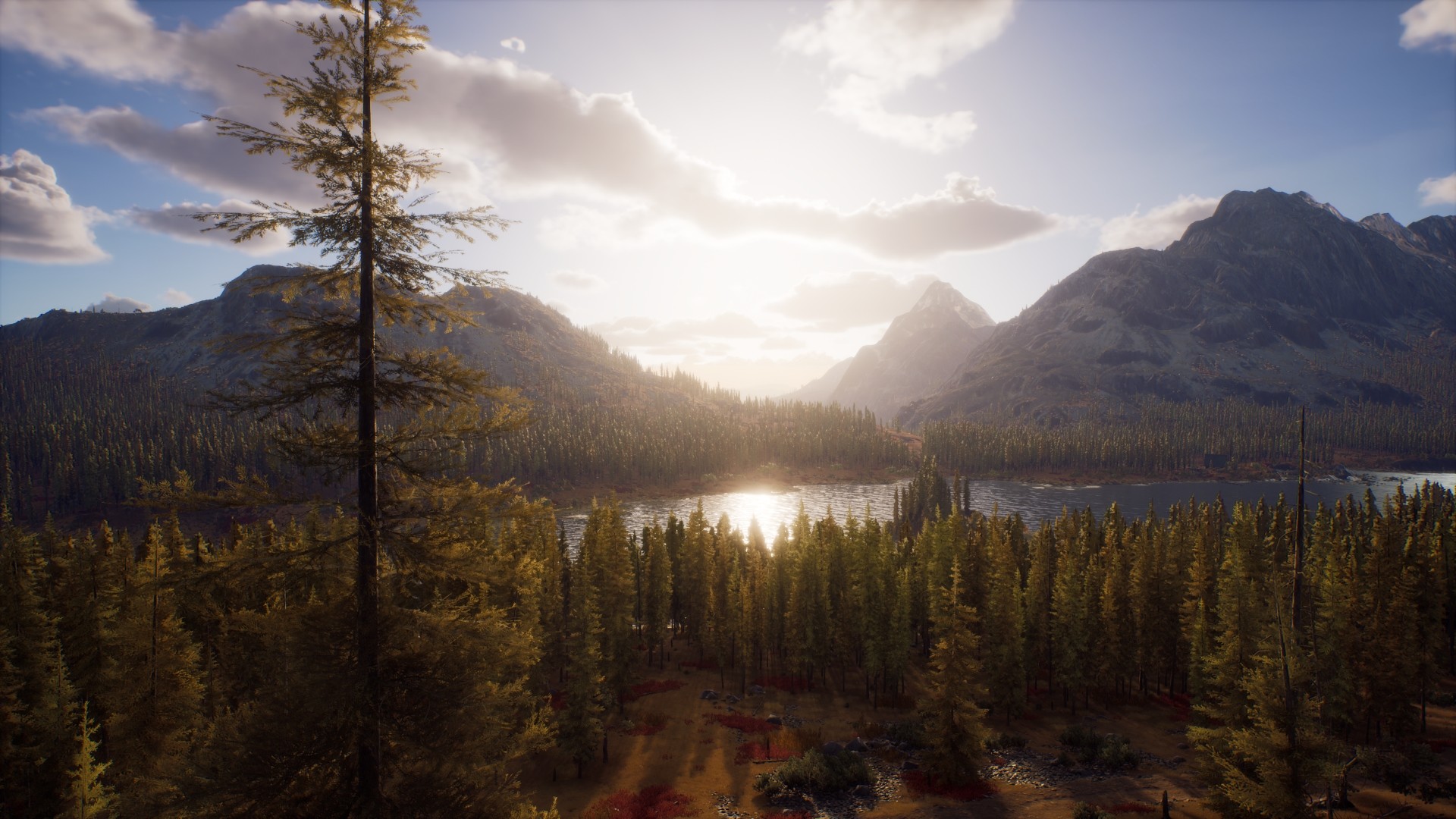 "Our design philosophy was to create an authentic-feeling experience so that knowledge of players who have real-life hunting experience would naturally translate into our game when they pick it up."

What was behind the decision to not release the game for old-gen consoles?

The vision of developing a hunting game with none of the limitations of the old hardware was very enticing. Although we understand that the supply of new consoles is still not meeting the demand and that it’s very frustrating to many, we also see that after such a long generation, a critical mass of players is more than ready for games unencumbered by those limitations. And, of course, we are making a proper game for PC audience with top and mid-tier hardware in mind.

We have seen a lot of progress and some great results coming out of AI-upscaling in recent years and we think that this technology might have a very bright future as it matures even more. Who doesn’t like better looking games and higher framerates?

We are still working on the game and its optimization. We’ll show the performance to the players later before the launch.

It’s nice device with a lot of potential. However, it’s still new on the market and we even don’t have one. Optimizing for it has not yet entered our plans. PS5, Xbox Series X/S and PC remain our main priority.