We Happy Few Walkthrough With Ending

A complete video walkthrough for We Happy Few. 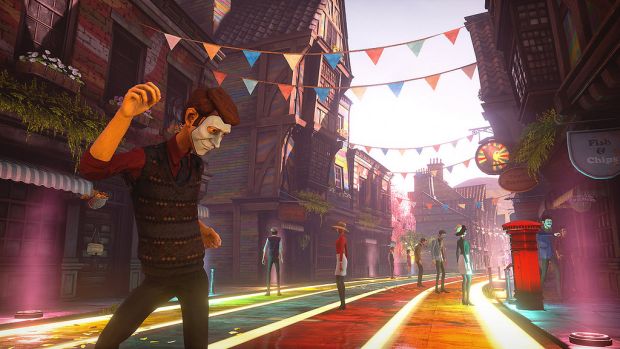 We Happy Few features a procedurally generated world where most of its inhabitants are high on drugs that make them joyful. You get to explore the story of three different citizens who are rebellious and want to fight against these this system and the key to that is conforming or pretending to.

The game’s setting is a futuristic England which is set in the 1960s. The goal in the game is to survive by using a mix of survival, stealth, and combat. If the citizens are able to spot the player acting in an unusual way, then they will forcefully make you happy. Drawing from classic literary works such as Brave New World and 1984, the game presents players with this dystopian world, and it’s up to you to slowly uncover the secrets of this world while also trying your best to survive. If you’ve been having any difficulties with the game, then the following video walkthrough should see you through.