The series is missing in action for a decade. What the hell happened to it?

The survival horror genre is chock-full of franchises that didn’t quite get to the level of fame and infamy of the big boys like Resident Evil or Silent Hill. Especially in the early 2000s when development studios found themselves with a very nice balance of technological advancements in processing power, disk space, and a relatively low cost of production that wouldn’t see a major increase for another seven or eight years still. This was a great time to make a horror game despite the fact that the audience for the genre was still pretty small and it was difficult to be a break out success. But just because every horror game didn’t quite make the splash that bigger franchises were making doesn’t mean they weren’t still great or had nothing to offer fans of the genre.

There were lots of great second-tier horror games out there like Fatal Frame, Haunting Ground, Cold Fear, and others that were great in their own right. Among the horror games that almost made it was the Siren series, which would end up creating a nice underground following of fans despite not getting a whole lot of support from reviewers or major marketing teams. Ultimately three main games would be released in the series within a decade, followed by a slow and quiet fizzling out that would leave the franchise with a reasonably large fan-base that still exists to this day but for some reason not enough juice behind it to justify a new game. But why is that? With survival horror being one of the most closely held genres in gaming now-a-days, why haven’t we seen another Siren game in so long? What the hell happened to Siren? 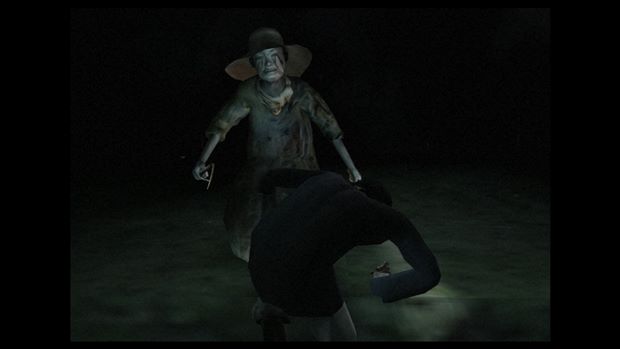 As we went over in our discussion about what happened to Silent Hill, one of the major blunders Konami made during their restructuring in the mid-2000’s was the disbandment of Team Silent, the team of misfit developers that poured all of their talents into the cauldron and ended up coming up with the ultra successful Silent Hill franchise. Konami wanted western developers to work on the franchise and decided to re-assign members of Team Silent to other projects. Some went with Kojima to work on Metal Gear games, and some of them ended up leaving Konami altogether to work with Sony Interactive and Japan Studio to form Project Siren, which would, as you may have guessed, go on to make Siren or Forbidden Siren as it was known outside of North America.

Despite the fact that “Team Silent” and “Project Siren” seem to communicate completely different philosophies about volume, the concept of Siren ended up having a lot in common with Silent Hill. Both games took place in far away, remote locations that seemed to have a mind of their own, both involved dark cult-heavy story lines, and both have lots of disturbing imagery and psychological horror elements and other touchy concepts that most survival horror games didn’t have the guts to explore. However Siren did set itself apart from it’s predecessor by implementing a much more stealth-focused approach to game play.

Yes, you could fight your way out of most situations Harry Mason style, but sneaking by the enemies or “shibido” which roughly translates to “corpse people”, was what the game mostly wanted you to do. And using a mechanic called sight-jacking that let you see through the monsters’ eyes at certain junctions gave you an edge to figure out when and where to move in a way that didn’t always work perfectly, but it definitely brought a new sense of strategy and urgency into the genre. 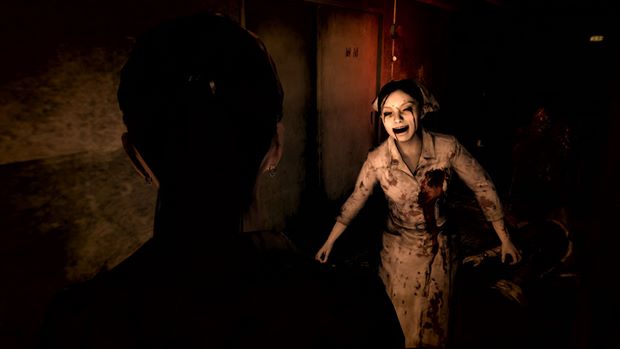 Couple those mechanics with Silent Hill-inspired presentation and some striking face mapping techniques and what you ended up with was a very unique flavor of horror that showed off the team’s experience and willingness to take their disturbing vision to another level. With all of those interesting ingredients, you’d think Siren would be a hit right? Well, not really. Reception of the original game was lukewarm at best and many major reviewers criticized its dated controls and tedious combat. With all of the things Siren had gotten right, it wasn’t going to get the free pass on having stiff combat and controls that Silent Hill was afforded, and the game’s overall reception suffered greatly because of its lack of evolution in that department.

Forbidden Siren 2 did improve on most of the elements of the first game. Movement was snappier and combat was less stifled, while the overall mood of the original was largely preserved with a new cast of characters and a story that played out in a similar fashion to the first game. Sadly, the second game in the series didn’t get an official release in North America, which is never a good sign for any franchise that is just putting out its second game. No franchise wants to miss out on the North American territory, but perhaps the decision was made to keep it out of the states due to the average to below average reviews and maybe Project Siren decided that the slower game play style and somewhat confusing storytelling style wasn’t a good fit for North American audiences. Regardless of why, this was arguably the beginning of the end for the Siren series.

Instead of coming back out swinging with a great sequel worldwide, Siren, as a series was quarantining itself off from those who did enjoy it in the states, making itself even more of a niche experience than it already was. Thankfully, in a few years and on a new generation of hardware, Siren Blood Curse would be released worldwide, albeit digitally and episodically. This was more of a reboot of the original than a third entry in the series though, and retold the story of the cursed Japanese village and some unsuspecting travelers stumbling on a disturbing cult ritual. Technically speaking the game was  a huge step up and looked pretty nice for 2008.

The characters, writing, and game play were definitely more tailored for western audiences, and it was a valiant attempt to morph what the original idea of the game was ever so slightly into something that Western audiences could more easily digest. I think it turned out really nicely despite some of the genuine weirdness being sacrificed, but sadly, Blood Curse stayed pretty niche and underground at a time when the series really needed a hit, and this was more than likely the last straw for Project Siren. 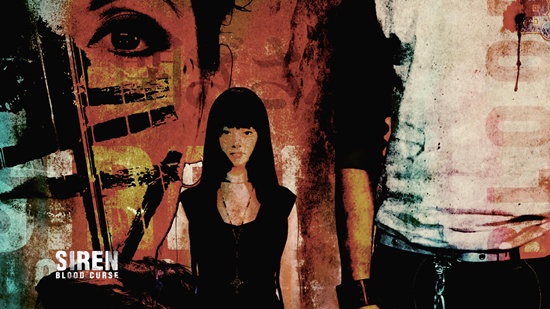 If your series hasn’t caught on after three games and nearly ten years, its understandable that you might want to try something new. So Team Siren completely shifted their focus away from that series and started work on the excellent Gravity Rush for the Playstation Vita, and then Gravity Rush 2, neither of which totally blew up either, but they certainly performed much better than the Siren series in terms of critical and commercial success, so in that sense it was probably a good move for the studio.

Unlike most of these “what the hell happened” conversations we have here at gaming bolt, when it comes to Siren’s future I’m not very hopeful. This development team is still small and has been given every reason to ditch Siren while also being given every incentive to move on to other ideas, as Gravity Rush definitely proved that they are more than capable of making unique games that review and sell well. So I suspect we’re going to see them go in that direction for the foreseeable future.

As much as us horror enthusiasts would love to see another Siren, I just don’t see it making any sense for the time being. Surely that idea must be still bouncing around in halls of Japan Studio to some degree though, so if the team that worked on Siren continues to see success in other areas and gets to the point where they can justify creative risks again, who knows. Just don’t hold your breath for now.