Love racing games? It’s got a lot to offer. From colorful kart racers such as the highly popular Mario Kart games and the recently-released Crash Team Racing Nitro-Fueled, to games such as the Forza series and the Need For Speed games, and everything in between, like Team Sonic Racing, racing games are great because they are both highly accessible and highly competitive – a great way to involve just about anyone in a game. The objective is simple, and oftentimes, the controls are straightforward. But while racing games are easy to get into, it’s not exactly the most popular genre, though by no means niche. That first MotorStorm game (alternatively known as MotorStorm: Monument Valley) was released for the PlayStation 3 in December 2006 in Japan and March 2007 in North America and Europe. The game was first announced in E3 2005 – the same conference which saw the reveal of the PlayStation 3, and the promotional trailer of which was one of several that drew skepticism regarding whether or not trailer footage was in-game footage from a PS3. As it would turn out, the video wasn’t made by Evolution Studios. Nevertheless, MotorStorm would release to great acclaim, and its debut would enjoy significant commercial success – by October 2011, the first MotorStorm game has more than 3.5 million sales to its name.

Notable about this game is how it introduced offroad racing with a variety of vehicles: bikes, all terrain vehicles, trucks, big rigs, rally cars, buggies, Mud Pluggers, and buggies, with even more vehicle classes being introduced in later games. What’s great about the MotorStorm experience are all of the real-time effects displayed by vehicles and on the racing environment. Tracks and indentations left on the race course remain for the rest of the race – the same thing for stray vehicle pieces. Each vehicle class responds differently to course obstacles or indentations – some classes handle mud well, while others struggle.

Additionally, tracks feature different routes – designed for different classes and meant to maximize vehicle classes such that despite different abilities, all racers are still on an even playing field. Additionally, MotorStorm games incorporate a boost gauge that must be managed so as to prevent overheating. After the greatly successful debut of the first MotorStorm game and the acquisition of Evolution Studios by Sony, it’s not hard to imagine that a sequel to MotorStorm would be in demand, or would be expected. And in the autumn of 2008, Evolution Studios would deliver the second MotorStorm title for the PS3 – MotorStorm: Pacific Rift. While the first MotorStorm’s tracks were heavily focused around rugged deserts, and rocky terrain, Pacific Rift has an entirely different theme – that of tropical islands, with greenery and trees, bluer skies, and blue water from rivers, beaches, waterfalls, more dynamic and vibrant than the monotony of the previous game. All of this, in addition to an interesting sugar cane-themed track. And that water can be driven through to help manage your boost gaugeWhile the first MotorStorm game had 21 licensed songs, this one ratchets that total up more than twice over, with 46 songs. All vehicles from the previous game return, while introducing the new monster truck class along with other new vehicles. As a testament to the power of the brand, before the year 2008 ended, the game had already sold more than one million copies. Additionally, Pacific Rift would see a separate version called MotorStorm: 3D Rift released on PSN in August 2010, strange considering that this would follow the release of the third game. And this third game is MotorStorm: Arctic Edge.

Each MotorStorm game so far has been designed around specific environmental themes, and the subtitle Arctic Edge certainly tells you what to expect from this new MotorStorm game. Alaskan white and coldness all over – with snow and ice defining the world you drive on. Avalanches can be triggered by horns or vehicle explosions, and can be used to hinder your opponents. There are ice bridges that will crumble under the weight of too-heavy vehicles. Releasing in 2009, Arctic Edge is interesting in that it released first for the PSP and then for the PS2 shortly afterwards. While the previous two games were developed by Evolution Studios, this game was handled by Bigbig Studios. The game features 20 licensed songs, and brings back six vehicle classes while introducing the Snow Cat and the Snow Machine – statistical and design variations on the Big Rig and the ATV, respectively.

Notably, this game introduces Vehicle Customization, which allows you to personally design your vehicle’s appearance with paint jobs and stickers, and while choosing the parts used for the vehicle. Most everything is unlocked in the story mode, with the exception of some stickers that are unlocked via online racing. The next MotorStorm game, MotorStorm: Apocalypse, would see the franchise returning to the PS3, and would release in 2011. While each of the previous games had different environmental themes, this game has a different concept altogether – a fictional urban landscape called the City, based off of the Bay Area in California. Destructible environments have always been important to MotorStorm, and that gets ramped up significantly in this game, where the environments are besieged by natural disasters such as earthquakes and tornadoes, though unlike previous games, the land you drive on isn’t deformed after passing on it. And uniquely, the game’s vehicles don’t have horns, and customization parts are all unlocked online. But when you’re not dealing with the dangers of road environment, you may be having to suffer hindrances by the Crazies and DuskLite. The Crazies are a flock of antiestablishment citizens who see themselves as trying to protect The City, while DuskLite want to enforce order, employed by corporations to bring stability in the absence of a police force. But both of them in pursuing their goals will use weapons against you.

The story mode is unique in that it features three different named protagonists, each with a different difficulty level assigned to them, and with the plot evolving differently based on which character you play. While this game introduced more new vehicle classes, its commercial performance was notably troubled. 2011 was the year of the Tohoku Earthquake in Japan, and this game’s release was cancelled in Japan altogether. The timing of the release also affected retail orders for the game across the world – the commercial performance was so troubling that it prompted Matt Southern of Evolution Studios to fear for the future of the company. However, Evolution would make one more MotorStorm title – MotorStorm RC, considered a spinoff for the franchise, centered around radio-controlled cars. It released early in 2012 for the Vita and PS3, and via digital distribution. Some the vehicle classes from previous games have been replaced with different class choices – and some vehicles have their class vehicle class changed altogether.

Uniquely, RC features four tracks from each of the four MotorStorm games that release prior, in addition to the ten that comprise the game and were added via DLC for a total of 26 tracks. RC forgoes the longstanding boost feature, and also uniquely introduces cross-platform play – a feature frequently in demand for online competitive gaming. However, this game would mark the last title in the MotorStorm series, following the DLC releases and a Complete Edition that was put online in December 2012 Speaking of DLC, with the exception of 3D Rift, all games were supported by DLC, which included new modes, new tracks, and new vehicles depending on the game. 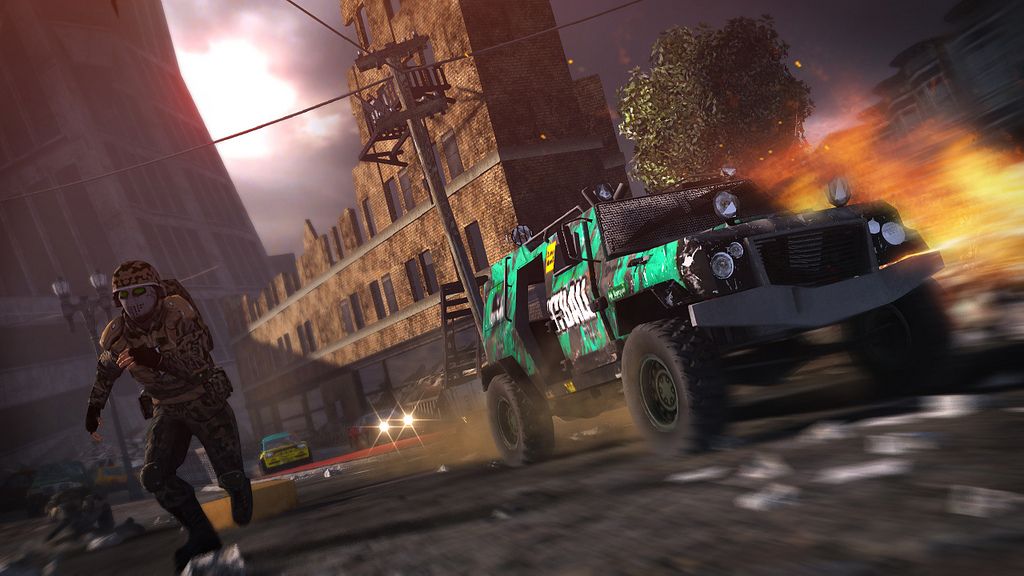 The online racing servers are now shut down for the games. Evolution Studios is now defunct – following the last MotorStorm game, they would work on DriveClub, a game that released in 2014 to tepid reception despite some initial hype. About half of the studio’s employees would be let go in 2015, and in 2016, the name Evolution Studios would cease to exist completely, with the independent British studio Codemasters taking on many of the company’s employees.

Suffice it to say, were a new MotorStorm game to be released, it’s not clear who would be working on it. Sony still holds the IP, but since MotorStorm RC, they seem content to simply sit on it. It’s not as if the franchise doesn’t have something to offer, as a unique style of racer that easily stands out compared to racing games. Why do you think MotorStorm as a franchise is now dormant? Reportedly, it’s not just the poor timing of Apocalypse that hurt its sales, but the gameplay and game content provided issues for fans. What would it take for a new MotorStorm game to sell well – would a new MotorStorm just need to be more of the same that fans are used to? Should the next MotorStorm take place underwater, or in outer space? Let us know in the comments section below.