What Happened To The Matrix Games?

And where the hell is the next game?

The Matrix is easily one of the best sci-fi movie franchises of all time, but I’ll let you believe that The Matrix Resurrections doesn’t exist if that is what it takes for my prior statement to remain true. The Wachowskis siblings created a universe that’s both rich and deep, along with characters that are both heroic and unforgettable. Between this and the game’s litany of mind-bending sci-fi concepts, The Matrix seems to be a perfect choice to adapt into a video game. There’s been no shortage of attempts at trying to bring this promising IP to the interactive medium, but that’s all a story of the past. Jump to the current scenario, and there are not even rumblings of a new Matrix game which begs the question, what the hell actually happened to The Matrix games, and by extension, will there be a next video game entry in this franchise?

As mentioned previously, The Matrix’s many sci-fi concepts and its digitized world made it the perfect candidate for a video game. Unsurprisingly, the writer-director duo also thought the same – and even pitched a game to Shiny Entertainment way before the first movie even came out. But since the studio wasn’t interested in pursuing licensed video games at the time and because the Wachowskis couldn’t really explain the movie’s concept properly without visual effects and whatnot, Shiny Entertainment turned the project down. But once The Matrix was released on the big screen, the studio became really excited to create a game based on this property. 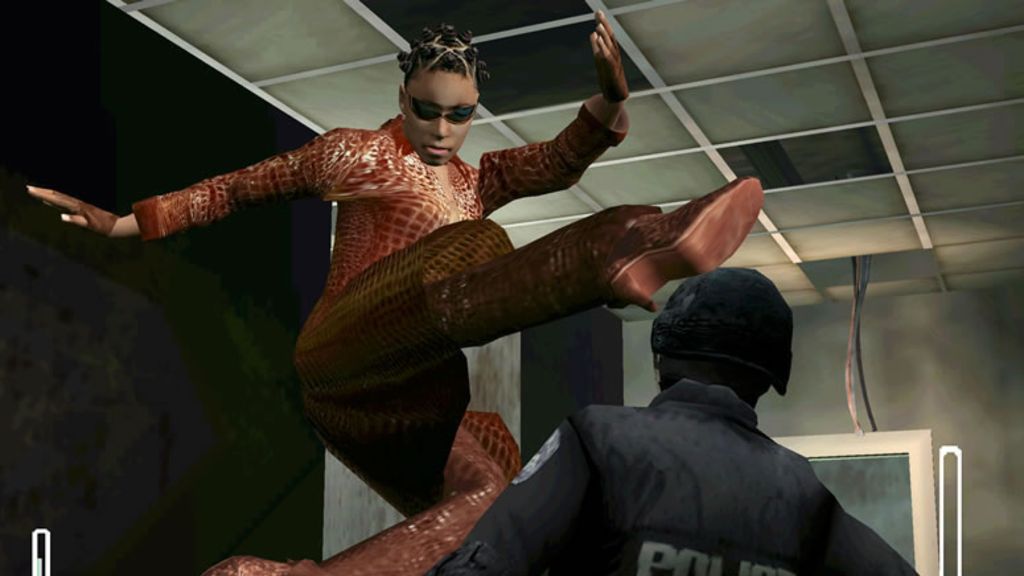 And as fate would have it, the Wachowskis would once again go on to pitch another Matrix game to Shiny Entertainment and this time – the studio readily agreed to make the game. However, Enter The Matrix would have to meet a rigid deadline coinciding with the release of The Matrix Reloaded – which made development and production cycles really challenging for the team. While the team somehow managed to push through all these obstacles and released Enter The Matrix in May 2003, the end product was anything but spectacular.

With a rating of 62 on Metacritic, Enter The Matrix felt like a rushed product by all means with a litany of issues in the visuals, gameplay, and technical stability department. And while the game did add story elements to the movies, many fans felt disappointed with the game since the game saw players controlling Niobe or Ghost instead of Neo, the protagonist of the movies. But like most licensed video game properties of the time, the underwhelming critical response did very little to affect the sales of the game, and Enter The Matrix has reportedly sold more than 5 million units in its lifetime. 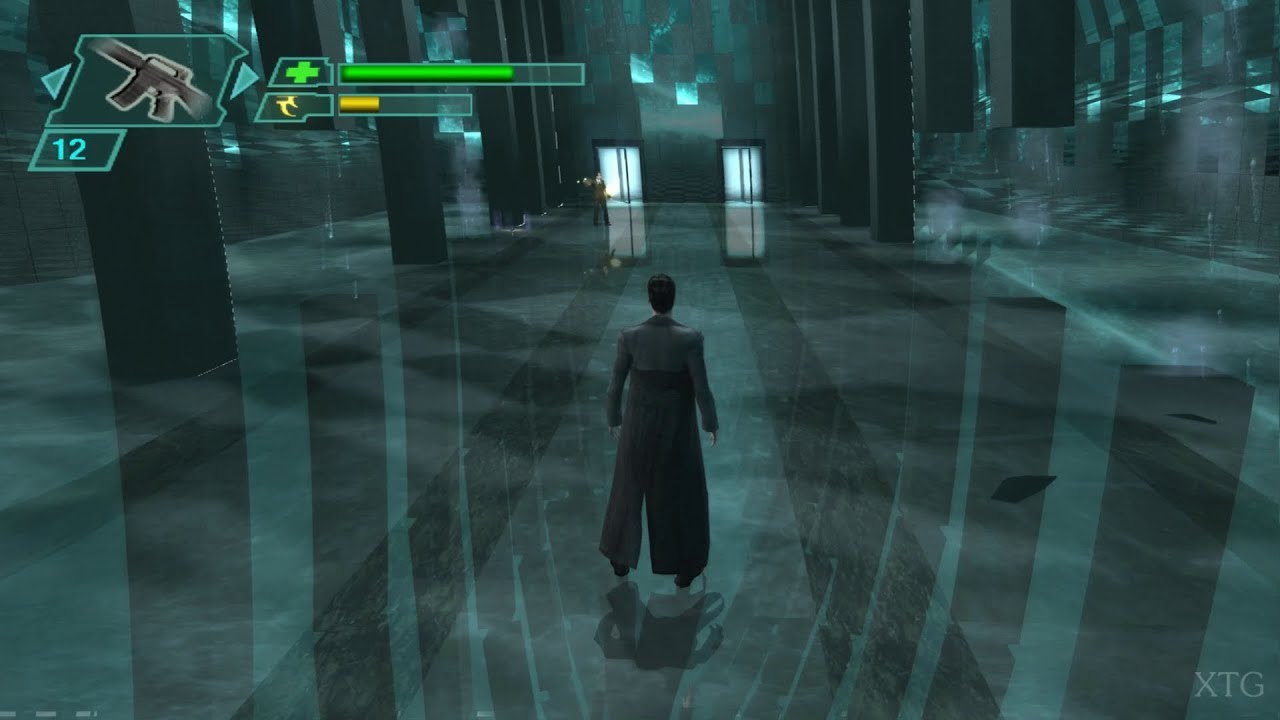 Sure, it wasn’t anything extraordinary, but Shiny Entertainment did a great job at capturing the spirit of the movies by letting players experience all these amazing sequences from The Matrix trilogy. And unlike the movie where Neo sacrifices his life for the greater good at the end, The Matrix: Path of Neo sees Neo surviving the final battle against Mecha Smith all while Queen’s “We Are The Champions” plays in the background. Hell, the Wachowski siblings even make an appearance in their 8-bit video game form before introducing this alternate ending to the trilogy.

The Matrix: Path of Neo’s critical reception fared better than Enter The Matrix, with the highest Metacritic score being 73 for the Xbox version. But because there wasn’t any accompanying movie release to speak of, the game didn’t perform so well on the commercial front even though public sales figures aren’t known. 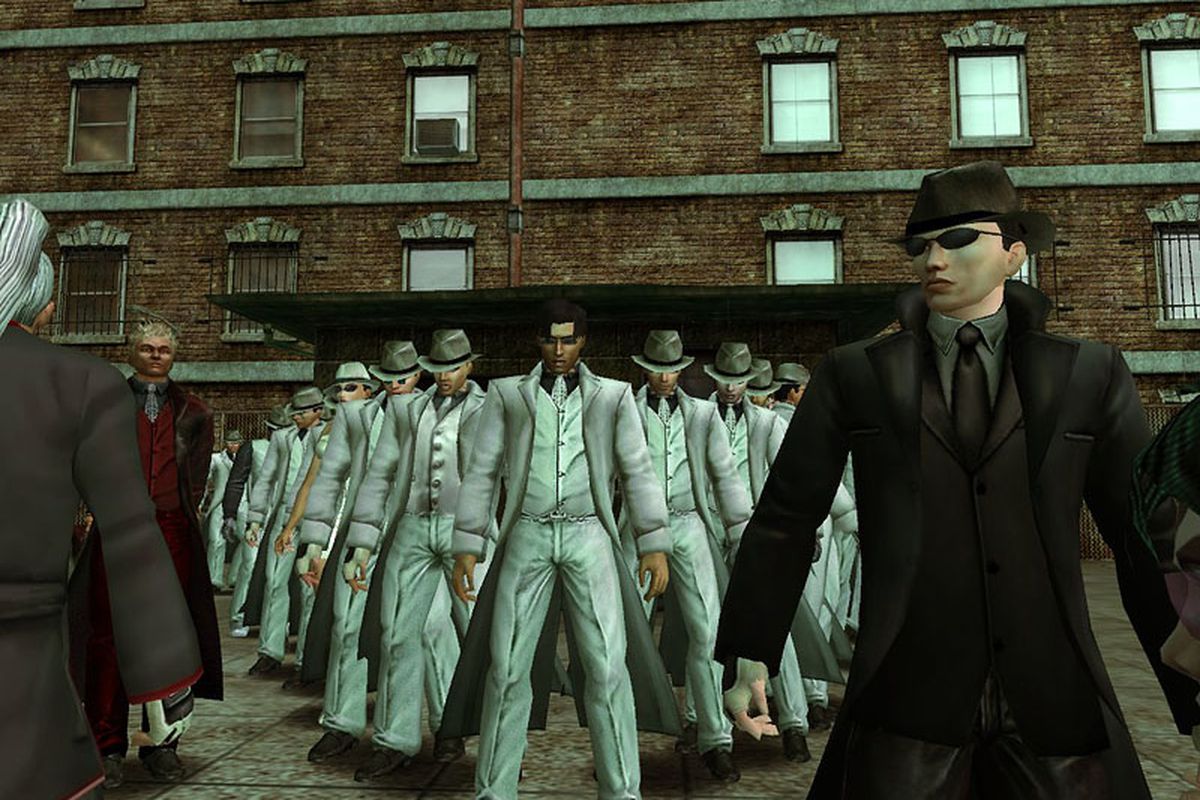 During the same year as Path of Neo, Monolith Productions also released The Matrix Online – an MMORPG set in the universe of the movies. The developer and Wachowskis had high hopes from the game, as they described it as the continuation of the movies. The Matrix Online had a few neat ideas of its own, such as how its classes worked and how pursuing missions for a particular organization would affect the player’s trust with the other two, and so on. Unfortunately or not for The Matrix Online, it was released at a time when the MMORPG market was becoming increasingly saturated – and not a lot of players subscribed to this live-service title. While Monolith Productions handed out the reins to Sony Interactive Entertainment who continued to churn out content for the game for a couple of years – The Matrix Online was finally shut down in 2009 due to low subscriber numbers.

Looking at the big picture, we can deduce what actually went wrong with the series. Enter The Matrix was a one hit wonder, solely on account of it being a licensed game that released alongside one of the most anticipated movies at the time. Its follow-up was a decent attempt at reimagining the franchise’s greatest moments in video game form, but because of the absence of an accompanying release – the game presumably failed to succeed on the commercial front. In a similar vein, The Matrix Online was a decent product, but came at a time when the market was already oversaturated with competitors all vying for the attention of subscribers. With two consecutive commerical and critical failures and no follow-up movie to The Matrix Trilogy, interest for a game based on the property slowly and steadily waned down to the point when no one started caring about a new Matrix game. 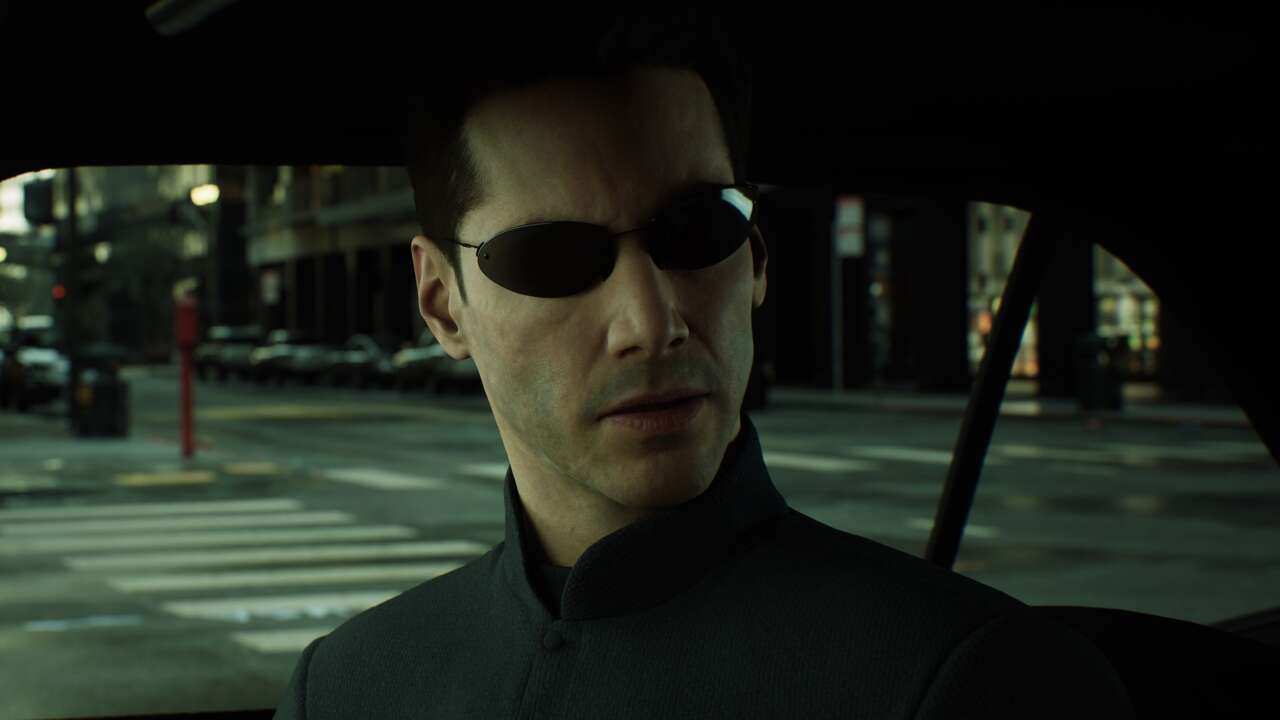 Jump to the current scenario, and The Matrix Awakens Unreal Engine 5 demo has once again re-ignited the flames of hope in the hearts of devoted fans across the globe. Considering the massive fandom garnered by this free-to-download tech demo and the recently released The Matrix Resurrections movie, logic would suggest that a full-fledged game on the property could be in the works. But practically speaking, there’s not even a flying mention of a Matrix game being in development anywhere – let alone leaks or detailed reports on the matter. Hell, even the demo itself will have been delisted from storefronts by the time this feature goes live. As such, it seems really unlikely that we are going to see a Matrix game any time in the future.

That’s a shame, because there’s no shortage of talent in the industry that would make for a great game based on this property. I’d personally like to see Remedy Entertainment take on such a project, especially after the amazing combat options and the ominous atmosphere the developer delivered in Control. Kojima Productions might also be a great fit for the idea, since Metal Gear Solid 2: Sons of Liberty also deals with similar ideas of being trapped in a virtual world and Kojima is a master of sending the player down a never-ending rabbit hole of conspiracies and revelations which is also a recurring theme for the movies. While we could go on and on all day about similarly promising developers and ideas for a Matrix game, but it seems that the cold hard truth is that there’s most likely not going to be one – at least for the foreseeable future.