Headlight Studio's upcoming survival game is looking absolutely bonkers, and could end up being one of the biggest Steam hits in the near future.

The survival genre has boomed considerably over the last decade, thanks to smash-hit releases of the genre including but not limited to Minecraft, Rust, and Valheim among others. Most of these smash hits have originated from small development studios, which have gotten the appropriate platforms to shine with the advent of indie-friendly programs like Steam Early Access. Additionally, streamlined and readily available development tools such as Unreal Engine or Unity have also helped in creating compelling experiences with a high level of polish and varied content without having to dump copious amounts of capital as would be required for any modern AAA title.

Of course, the popularity of the genre isn’t waning down anytime soon, and the future holds a ton of interesting and captivating experiences for fans. In this feature series, we have highlighted many such experiences such as the likes of DERELICTS and PROJEKT Z among others. Today, we will be shedding a light on yet another excellent-looking survival game – Rooted. It’s a complex game with many moving parts and inspirations, and to that end – we ask, what the hell is exactly Rooted? 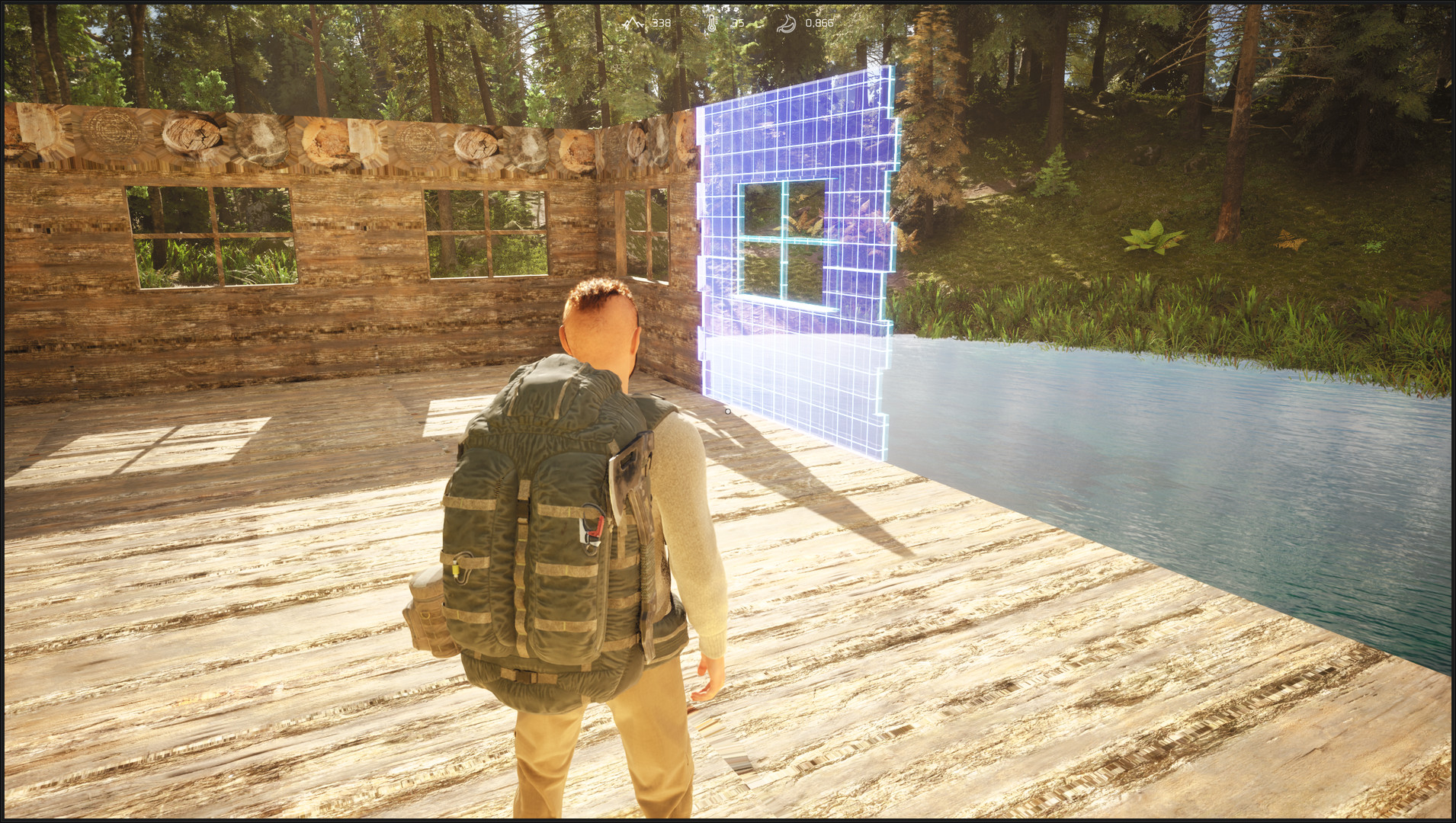 Currently in development at Headlight Studio, Rooted is an ambitious survival game. As mentioned before, the game takes cues from a multitude of sources and tries to craft a dense experience that should keep players hooked on the game for long periods of time. Rooted is set against the backdrop of a post-apocalypse, but it’s a bit different in that regard. You see, there was once a bustling human civilization; one that had built great cities and made great progress in technological and scientific fields. But somehow, a global bacteriological war was waged all over the world which wiped out most of the population.

Nature reigned supreme once again, and started chipping away at the last remnants of this once glorious civilization. Crumbled buildings and overgrown vegetation stand where once there were signs of civilization and technological marvels. You are one of the last standing survivors, and you must now endure these hostile surroundings through any means possible. The narrative setup looks to be a novel one amidst the barrage of zombie-based post-apocalyptic survival games, and we’d really like to see proper lore and extensive history of the ones that came before. 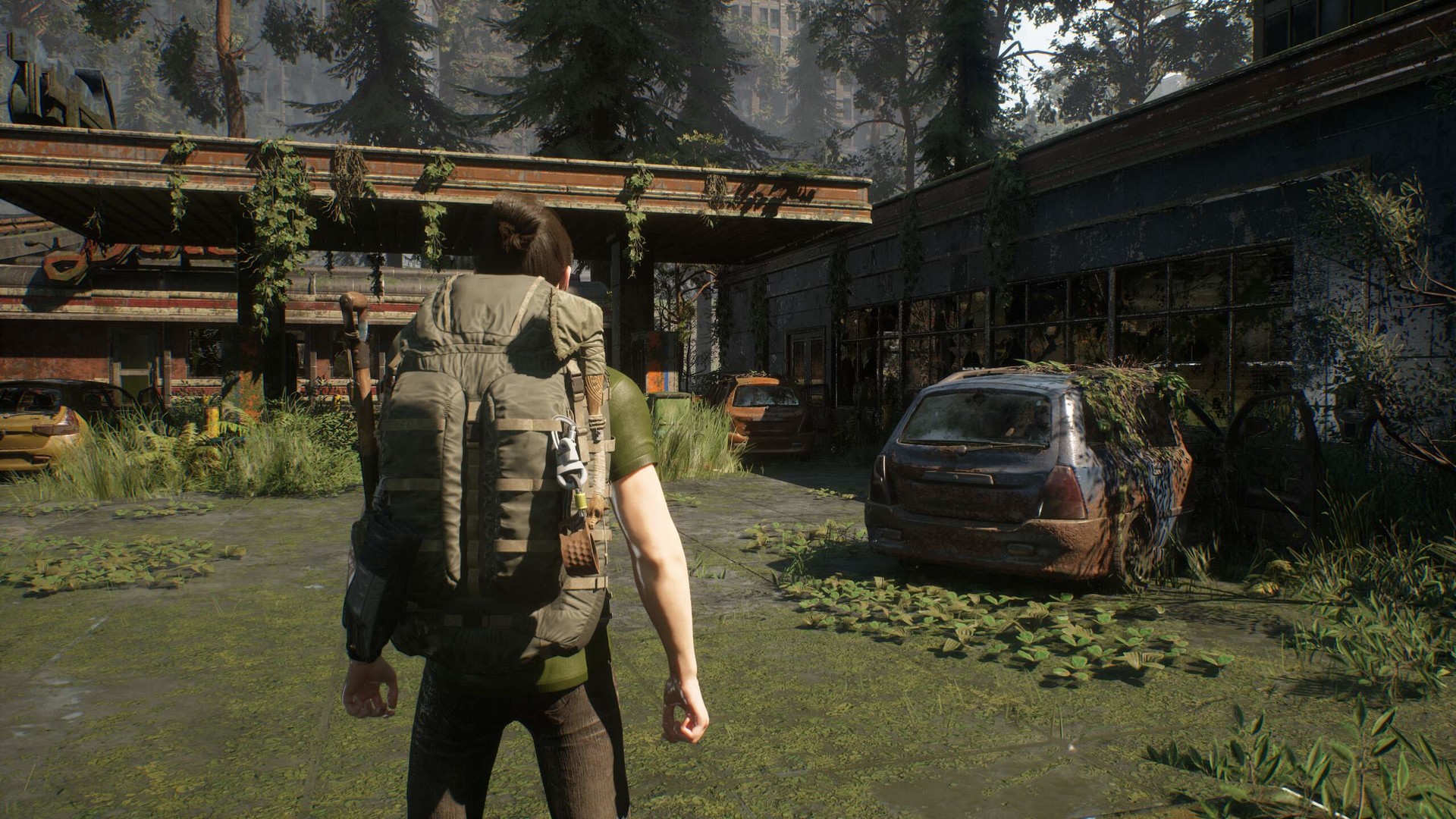 Now coming over to the gameplay side of things, Rooted is a survival game and the majority of the gameplay entails exploring wide open spaces in search of any help – be it human, non-human, resources, or ammunition – that would help you inch closer and closer to your goals. The game can be played either in third-person or first-person mode, which is a very appreciated feature on its own. In order to survive through these tough situations, you will need to collect resources such as wood, which will then help you in crafting a shelter for yourself. This shelter then should prove useful as a base of operations, and you can customize the look of these shelters as per your liking.

Since players will be exploring varied biomes (each of which comes with its own set of challenges to overcome), it’s vital that you have the required resources to build a shelter for yourself. Roaming around during extremely cold or hot weather will most likely have status effects on your health and other attributes, but we don’t know how these can be counteracted just yet.

Of course, there will be combat situations as well, and players will have to come face to face with a bevy of threats during their travels. Sadly though, we don’t know much about how that works in gameplay but what we do know is that players will be able to wield makeshift melee weapons in a similar vein to Dying Light to dispatch their foes. These weapons can also be upgraded through accumulated scraps and items collected through exploring the environments. Headlight Studios has stated that both animals and humans can be hostile towards the players, so it seems fair to expect some variety within combat encounters. Whether there will be any mutants or other creatures to deal with remains a mystery at this point. 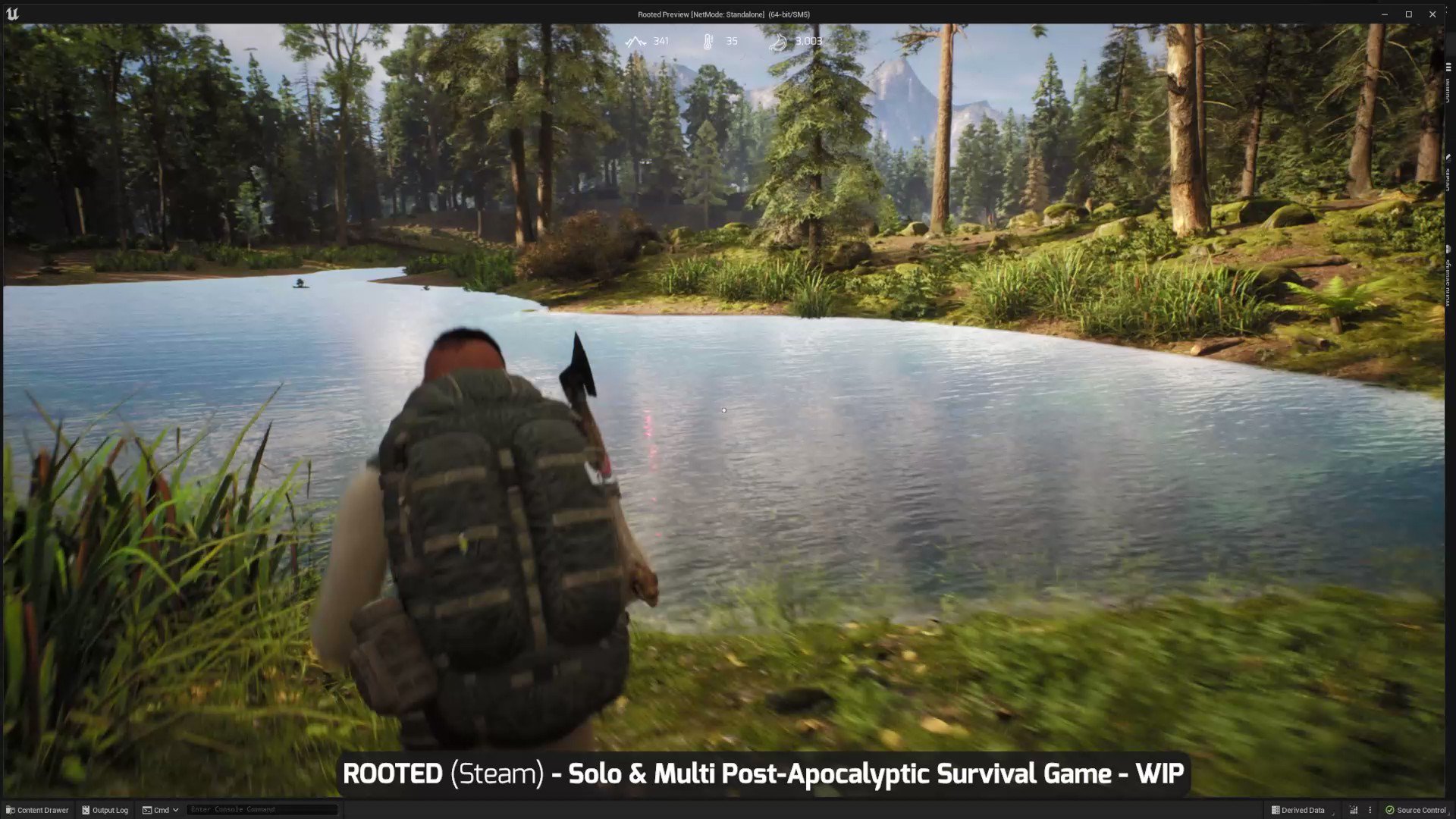 As for progression, Headlight Studios hasn’t mentioned any details about a bespoke main quest just yet. Instead, the developer seems to be striving for a more natural form of progression, one that’s based around crafting and items. New areas should gradually open up for exploration as you craft items that help in navigation or weapons that are more efficient against different types of enemies. However, Rooted isn’t completely devoid of natural progression and there will be major events that will permanently change your surroundings and bring new challenges to overcome.

Rooted is a game that’s built around cooperative play, so playing with a friend or a loved one should be the ideal way to experience the game. That seems to be a fair argument in Rooted’s case, because in the absence of any dedicated main quest – the emergent stories that you create with your friends should urge you to keep coming back for more. That said though, Rooted can be played solo as well – which should also prove to be an enjoyable experience with its own merits.

Headlight Studios has used Unreal Engine 5 for Rooted, and it looks really good. Sure, it’s not as graphically intensive as something like Project M which we discussed before in this feature series, but it looks really impressive nevertheless. The environments are a highlight, and praise should be attributed to both the game’s technical make-up and the visual design on showcase. Rooted presents its bleak world with plenty of overgrown vegetation and daunting weather conditions like thunderstorms emerging from the remnants of civilization. It’s an oppressive world that has been reclaimed by nature, and the player is at the mercy of these conditions in his or her pursuit of survival.

Coming to the topic of release, Rooted is still in the very early stages of development, and is currently in development for the PC platform. It’s being funded by a Kickstarter campaign and doesn’t seem to be interested in acquiring a publisher anytime soon. Either way, it’s still very early days and if we had to take a guess on when Rooted may release, we’d put it in the ballpark of somewhere around 2024 at the very least. Of course, game development is no easy feat – more so when a developer is working with very limited resources – which is the case with Headlight Studios’ upcoming title. As such, the best course of action seems to be to keep expectations in check for now because Rooted probably wouldn’t be releasing anytime soon.

But that does not take away from the fact that Rooted is looking to be a damn promising game, and one that has the potential to become the next Steam sensation. Here’s hoping with crossed fingers that it ends up being worth the wait, and then some more.