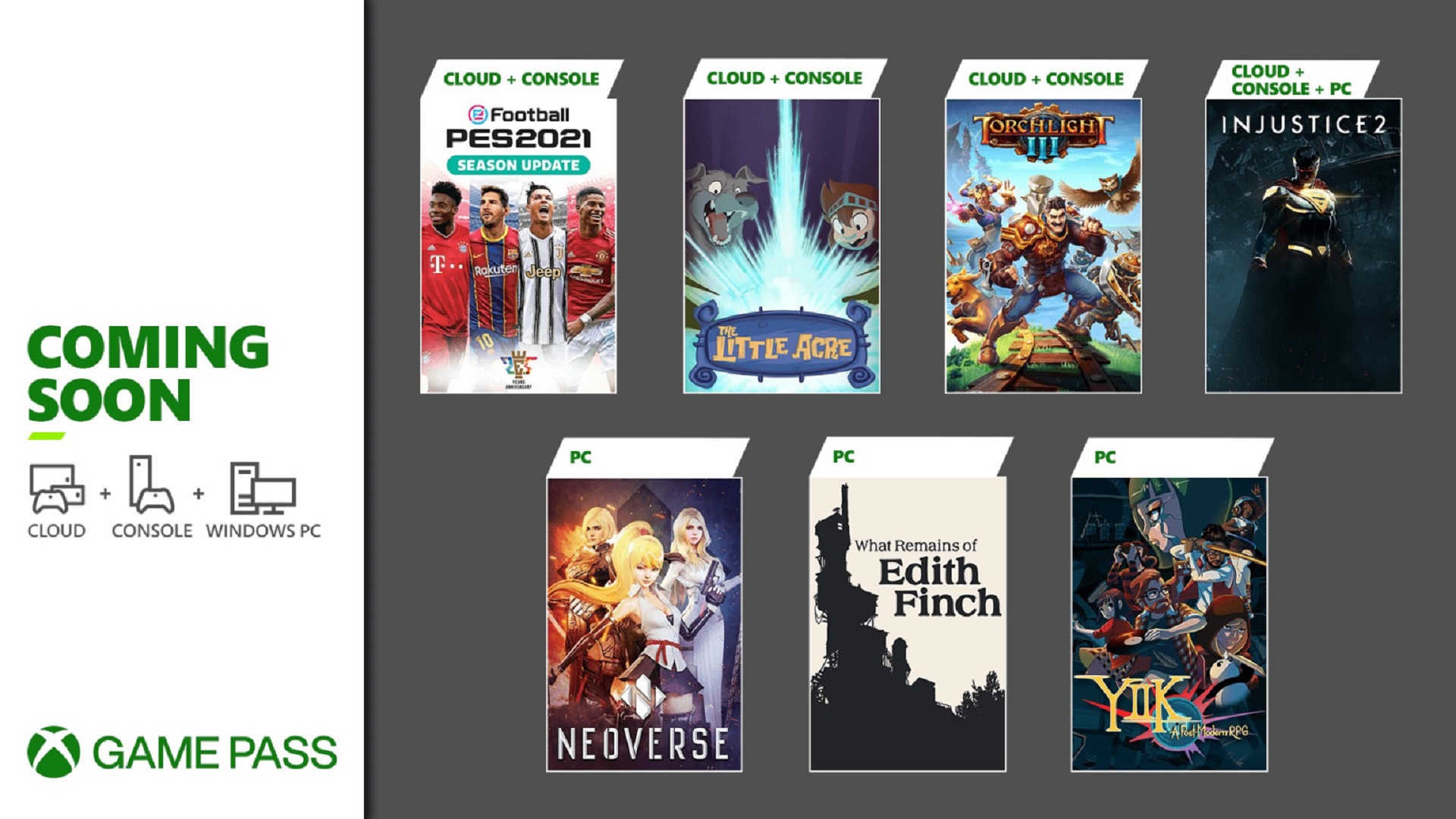 Microsoft have revealed the lineup of games being added to the Xbox Game Pass catalog this month to kick off 2021, and there’s plenty of solid titles to check out across Game Pass on console, PC, and cloud. On Xbox Game Pass for console and cloud, Microsoft are adding the recently released action RPG, Torchlight 3; last year’s season update to Konami’s football sim, eFootball PES 2021; and acclaim indie adventure title, The Little Acre. Meanwhile, NetherRealm Studios’ superhero fighter Injustice 2 is coming to Xbox Game Pass across all platforms- console, PC, and cloud.

Where Xbox Game Pass for PC’s exclusive January lineup is concerned, there’s action roguelite title Neoverse, one of the best narrative aventure games out there in What Remains in Edith Finch, and the indie JRPG YIIK: A Postmodern RPG.

PES 2021, Injustice 2, and The Little Acre will be coming to the service on January 7, while Neoverse, What Remains of Edith Finch, Torchlight 3, and YIIK will be added on January 14.