It’s in the tradition of pretty much all Nintendo portable systems in the past – the Gameboy got Gameboy Color, the DS got DSi, and the 3DS got the New Nintendo 3DS (that was its real name). And while it’s a concept that PlayStation and Xbox both embraced with the PS4 Pro and the Xbox One X, it seems like the Switch Pro (we’re sticking with that one till the official name inevitably requires us to call it something else, and presumably something much stupider) will be more along the lines of the old Nintendo handheld upgrades than the console ones.

We can say this because of what the reports that have leaked this system’s existence have told us – these reports have told us of a fairly massive upgrade over the existing Switch system, with a fairly thorough modernization of its capabilities and specs, compared to the more conservative PS4 Pro, for example. These rumours also claim that, unlike the Xbox One X and PS4 Pro, which were not permitted to ever have any exclusives – meaning that while games could look and run better on them, they would have to run on base consoles all the same – the Switch Pro will in fact be allowed to have those. In fact, it also sounds like at least a few ones from third parties may even be in the works, games that otherwise wouldn’t work on the Switch.

This all seems to be in line with the kind of upgrades we have been told the Switch Pro will have, which allegedly include major bumps to the SoC’s CPU cores and GPU capabilities, as well as memory bandwidth, thanks to a new chip that is rumoured to be based on the newer, cutting edge Ampere or Turing architectures. More importantly, the Switch Pro is also rumoured to include Nvidia’s vaunted DLSS 2.0 technology, which allows for image upscaling and reconstruction using machine learning, and very often delivering better than native rendered images for very little in the way of performance costs, thanks to specialized hardware. All of this stuff is supposed to make the Switch Pro a hefty update – for example, we know it will support 4K resolutions, though it appears more via DLSS than natively, to be fair. And none of this accounts for other exciting components of the systems that have also been leaked, including a larger OLED screen (versus the current 6.2 inch LCD one), as well as presumably better battery life thanks to a more efficient node for the SoC.

Hefty hardware upgrades, superior construction, and at least some exclusive software make the Switch Pro more than just a simple PS4 Pro style upgrade – while it’s not a full fledged next generation successor, these would bring the Switch Pro closer to that than a PS4 Pro style incremental step up would have been. There’s a reason I specifically invoked the Nintendo handheld upgrades, because, as mentioned, the Switch Pro seems to be following in their footsteps more than in PlayStation or Xbox’s.

The difference is that having substantial upgrades for cheaper handhelds that had been made with fairly obsolete tech to begin with is a fundamentally different proposition than what we are looking at with the Switch. It was easy for Nintendo to have a Gameboy Color that was a major upgrade over the Gameboy, while still being extremely cheap. It was very easy to have a DSi or a New 3DS that provided a substantial improvement over the base systems, while still being priced very similarly. But the Nintendo Switch was not made using cheap or outdated technology. While more console-minded players may often like to sneer at its relatively more limited capabilities, the Switch was using some of the most modern SoC tech available in 2016-17 at mass market prices. Many will probably point to their $1,200 iPhone or Galaxy S and say how it outperforms the $300 Switch – which it should! But that comparison is as facile as is comparing a $2,500 PC to a $500 PS5, and then laughing at the PS5 for being weak in comparison. At those prices, you’re getting some of the best tech there is.

With the Switch already being such modern tech, then, profit margins on it were slimmer. In and of itself, this isn’t really an issue – there was definitely high markup on accessories such as the Joycon controllers (which keep drifting, so you’re probably buying a fair few of them), and Nintendo game prices, as well as increasing digital revenues, have all helped make Nintendo have the single most profitable period any console manufacturer has ever had with the Switch. But the hardware itself, that’s probably harder to iterate on while maintaining profit margins, and keeping it in the same price range as the current Switch, which is generally how their previous portable upgrades have gone. So how do we reconcile that with the seemingly fairly ambitious sounding upgrade the Switch Pro is rumoured to be?

The simple answer here is that the Switch Pro will probably be expensive. By a fair bit over the current model, actually. While putting it in a whole different tier of pricing will be counter to how Nintendo has done things in the past, the Switch is not marketed or positioned as a portable, it’s positioned as a console. And the entire concept of more expensive upgrades is far more commonplace now than it was back in the time of the Nintendo DSi, thanks to annual smartphone and tablet upgrades, or even the PS4 Pro and Xbox One X. By allowing themselves to hit a higher price, Nintendo presumably leaves itself more room to make the Switch Pro more capable than they would have been able to make under their older paradigm as well.

How expensive? That’s the (blank hundred dollar) question. There are several routes the company can take here. The first one is to have the Switch Pro take the current Switch’s $299 slot, while pushing the current model down to $249 (or discontinuing it); this, however, feels unlikely. As specified, the Switch Pro seems to be far too ambitious an upgrade to be able to hit a $299 price point while maintaining the kinds of profit margins on hardware Nintendo likes maintaining. Moreover, the same reports that have leaked the system’s existence have mentioned repeatedly that Nintendo is looking at pricing it in a higher tier than the current model.

So let’s go with that option for a second – it’ll be priced higher. Here, too, we have two possibilities. The first is that the Switch Pro takes a $399 price, while the current Switch retains its $299 price, and the Switch Lite keeps its $199 price. $399, however, would make the Switch Pro the most expensive hardware Nintendo has ever put out. It’s actually eye waveringly expensive, and puts it on par with the PS5 Digital Edition, and more expensive than the Xbox Series S. Then again, similar comparisons with the then-current PS4 and Xbox One never held back the original Switch, which was priced equal to the PS4 and Xbox One as well. There’s a possibility Nintendo may feel comfortable with this pricing model for a variety of reasons:

This confluence of reasons makes this pricing model seem the likeliest. However, there is a chance that Nintendo chooses to keep that model, but with lower price points, in order to maintain some of their traditional price appeal with family friendly segments even with the more expensive Pro. In which case, I can see a Switch Pro coming in at $349, the standard Switch being dropped to $249, and the Switch Lite being dropped to $149. This model is essentially the same as the previous one, just with lower prices. It ends up retaining the elegant separation of tiers that that model has, although it does end up cutting into their profit margins across the board. Simultaneously, however, $349 is a more marketable price than $399 is – core, enthusiast players are likelier to buy a Switch Pro at a price where its cheaper than the PS5, even if it’s not by much, while that same price is also likelier to catch a lot of family purchases that may otherwise have not even considered the Pro and may have stuck with the standard model. 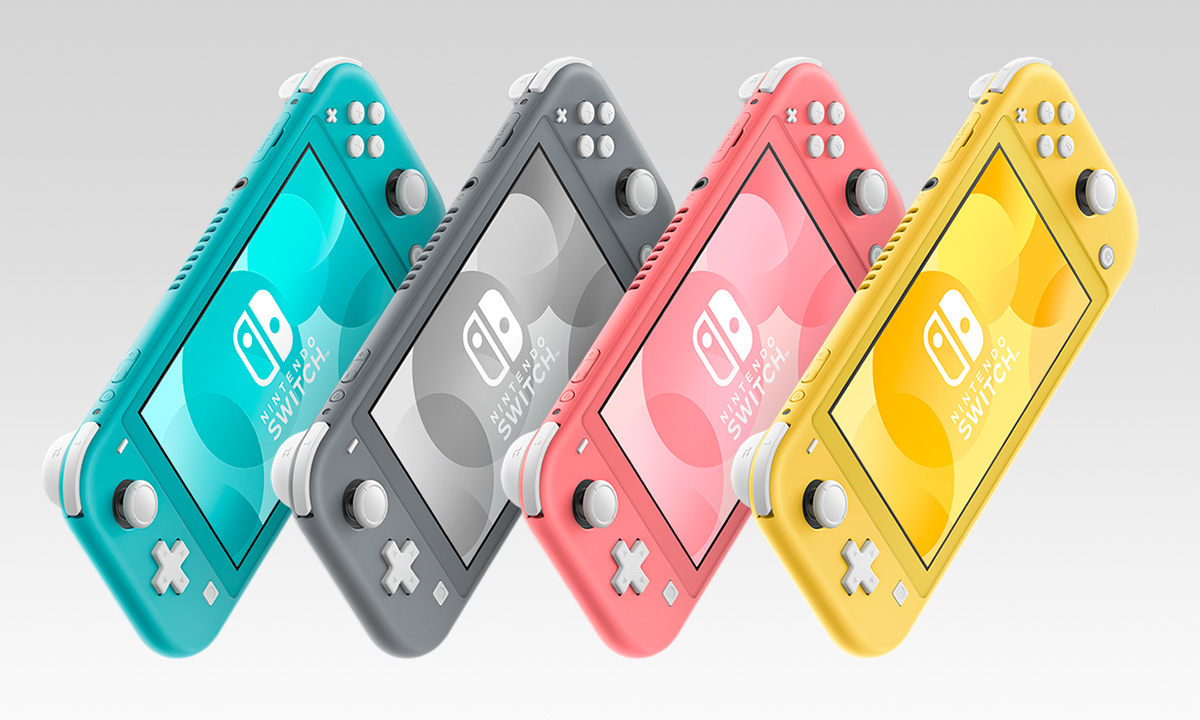 Simultaneously, dropping the prices of the standard and Lite models ends up opening those to a whole new demographic as well. The Switch Lite is actually extremely cheap at $199, but it’s still really expensive for a portable system, and $199 portable systems have traditionally been under performers compared to their cheaper counterparts. You have to assume that at $149, the Switch Lite can tap into a far bigger audience, particularly one that just wants to play, say, Pokemon or Animal Crossing, thus leading to substantially higher sales and revenue for Nintendo as well. Of course, $249 for the standard Switch helps it too – it’s a much more appealing price than the system’s current one, and again, more are likely to pick it up at that point than right now (not that the Switch has struggled to sell at its current asking price either, of course).

Here’s the thing, it’s hard to know what Nintendo will do. Not only are they a notoriously unpredictable company, but we’re in uncharted territory as far as the Switch Pro, and even the Switch itself, go. There are also a lot of variables at play, which make trying to divine any answer with any degree of certainty an exercise in futility. I don’t feel comfortable to committing to any specific prediction, other than saying that I feel like the Switch Pro will be priced much higher than the standard model – by how much, it remains to be seen. I’m personally a fan of the three tier pricing model for the Lite, standard, and Pro, separated by $100 each, but even that allows for a lot of variation (will the Pro be $399? $349?), and, again, is more down to my aesthetic preference for its symmetry more than anything else.

It’s impossible to know what Nintendo is planning – assuming the Switch Pro is real to begin with (which, remember, officially it’s never been confirmed). Whatever they end up doing, presumably ends up going down well – with the Switch, Nintendo has exhibited uncanny business acumen, and the console is currently on a trajectory to end up as one of the highest selling systems of all time, and well above the PS4 or Wii ever managed. We’ll know soon enough, presumably by August or September at the latest, what, if anything, Nintendo has planned.