This is why you keep data backups, Game Freak!

And they still went ahead with it, those maniacs.

20 years of one of the most influential franchises of all time.

In honor of the games' 20th Anniversary.

Iwata: NX Will Not Be A Continuation of Either 3DS Or Wii U

'Expanding on existing hardware is dull.'

A Fish Is Playing Pokemon On Twitch

Has science gone too far?

The internet makes history, as 70,000+ players play Pokemon Red all at once 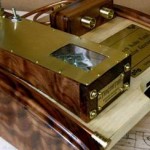 PS3, Xbox 360 and Gameboy in an awesome Steampunk case mod

[HTML1] This week the Gameboy version of Pac-Man will be chasing ghosts and gobbling fruit all the way to the 3DS virtual console. The game will cost $3.99.Read More 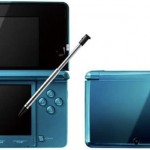 Five Reasons The 3DS Will Not Fail

The Nintendo 3DS finds itself in a bit of trouble. It's launch was horribly botched, with little to no marketing, a horrible launch lineup, and some key features missing, promised in a vague 'future... Read More