What the Hell Happened to Ape Escape?

A look back at Sony's beloved platformer series.

Few games can claim the sheer amount of pop-culture stature that the Ape Escape series can. Or, at least, could. The unique blend of a wacky story and setting where monkey’s with helmets that accelerate their intelligence, and a very unique, yet surprisingly functional control scheme, makes the series a stand-out even today. Ape Escape had a consistently strong showing throughout the series that spanned all the way from a late PS1 game in 1999 to a PlayStation Move game in 2010, yet, Other than a few cameos in other games like Metal Gear Solid 3 and Ratchet and Clank, we haven’t really seen much from the series in many years. But why would that be? Why would a series that has garnered the love and affection of millions of fans over the last 20 years suddenly just dry up? What the hell happened to Ape Escape?

The year was 1999. People were checking their email on blackberries, The Matrix was changing action movies forever, and floppy disks were still a thing. Also, a weird little game about super smart time-travelling apes hell-bent on world domination was coming out called Ape Escape. Little did anyone know that image of a cartoon monkey with those Pipo helmets would live on in our minds for many years to come. The first game in the series was met with immediate success and roundly praised for its creative art style, innovative controls, and just plain addicting gameplay. Luckily for the game, the Sony PlayStation’s analog sticks were becoming standardized and the popularity of the DualShock would happen to coincide perfectly with the release of the game.

While seemingly odd at first, the control scheme for Ape Escape proved to be highly function and easy to adapt to. Much like Katamari and other quirky games that do their own thing with Sony’s DualShocks, Ape Escape found its own footing quickly with gamers and critics, in part, because of the distinct input methods. In addition to interesting controls, the game stood out with an equally unique story, setting, and level design. The bright vivid levels might have reminded one of Crash Bandicoot or Spyro at first glance, but upone playing Ape Escape, it was obvious that this game was doing its own thing, and other than a few moments where the frame-rate would buckle, the whole thing ran fairly well all things considered. As you might expect, checking this many boxes lead Ape Escape to an extreme level of popularity in all major territories, proving that the desire for fun art styles, engaging controls, and unique settings are truly universal among gamers. 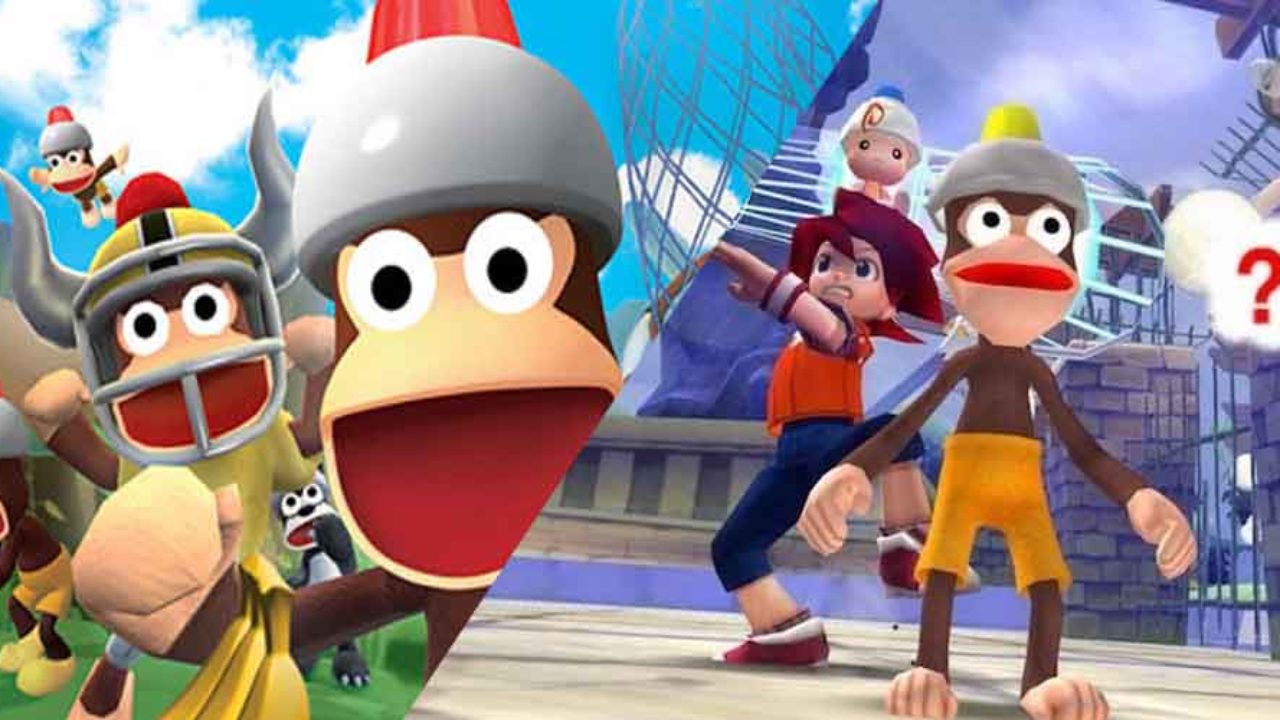 Right on schedule, the following year would see a much more powerful PlayStation 2 hit the market. And while countless developers were scrambling to launch their games on the DVD-rom powerhouse as quickly as possible, the Ape Escape series went dark for a couple of years. It was just the calm before the storm though. Ape Escape 2 launched on the PS2 in Japan in July of 2002, and in other territories the following year to the delight of fans all around the world who had been waiting patiently for a sequel to the original.

The set-up was largely the same idea as the first, with the main villain monkey, Specter, escaping from the lab, amassing an army of monkeys with accelerated intelligence thanks to more of those helmets, and Jimmy having to catch them with the help of various gadgets and techniques. 2 largely looked, sounded, and controlled like the original, although this time, levels were bigger, Jimmy had better gadgets, and the game was packed with extra unlockable content like new mini-games, comic strips, concept art, music tracks, and more. Ape Escape 2 did exactly what a good sequel is supposed to do; push the boundaries of the original while largely staying in-line with the format. Because of this it was an instant hit on the PlayStation 2, and even today still sells as a port to the PlayStation 4.

By the mid-2000s, Ape Escape was pretty much a household name. Most PlayStation owners either owned the games or at least had a favorable opinion of them from playing them at a friend’s house. More games were definitely in the works, but they weren’t rushed out. It wasn’t until 2005, towards the end of the PS2’s life cycle, that we saw the release of the much-anticipated 3rd installment and a remake of the original for the PSP. While the PSP’s lack of dual sticks downgraded the original’s gameplay a tad, it was still nice to have a finely-tuned version of that game on the go, and it received largely favorable reviews. As for Ape Escape 3 on the PS2, it was another hit for the series, although perhaps not quite as big of one as the second game. 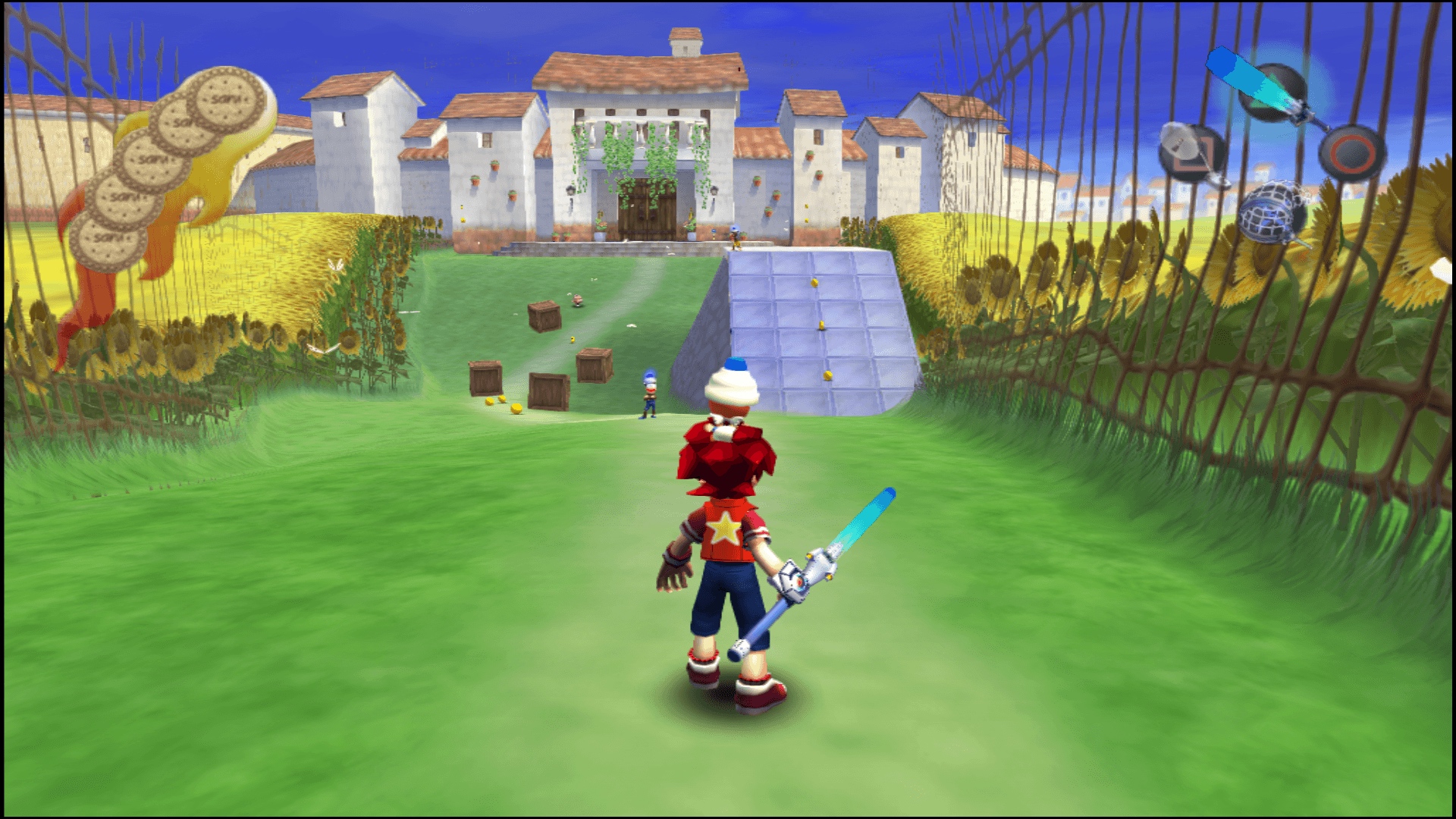 Ape Escape 3 featured slightly better gameplay and graphics, but largely stuck to the script of what fans expect. Where it did shake things up was with its story and setting. Specter is up to his usual hijinks in part 3, but this time he’s hijacked television stations and is turning humans into mindless couch potatoes with mind-numbingly horrible programming. Kei and Yumi are the playable characters this time around, since the usual heroes are already entranced by Specter’s television plot. On top of that, transforming into different forms with different abilities was also added, which added scores of variety to the gameplay. The new characters, transformations, and the movie-set aesthetic didn’t change much about the gameplay ultimately, but it did serve as a new flavor to deliver the same addicting gameplay loop that had served the series so well up to that point.

Some describe Ape Escape 3 as a bit of a step backwards as there are fewer gadgets and it perhaps strayed away from the original’s charm with all the changes, but one could also argue that the third game in a series is the perfect time to try something new. Look at the successes of Grand Theft Auto 3, Resistance 3, Crash Bandicoot Warped, and Metal Gear Solid 3. These games are highly regarded as extremely important -if not the best- entries in their respective franchises largely due to their willingness to take creative risks with the formula. If you don’t change things up by the third game, you’re likely to get a lot of people saying stuff like “It’s good, but just more of the same.”

So far Ape Escape had largely stayed on track, delivering three great games and a serviceable remake over the better half of a decade, which isn’t a bad track record. Unfortunately, this is where the series fell off a cliff. Random spin-offs, party games, and a PlayStation Move game were shoveled out fairly regularly with less-reliable quality. In fact, nearly everything released under the name Ape Escape outside of the main 3 games turned out to be a let-down. Few exceptions, like Ape Escape Million Monkeys, were decent games but held back due to limited releases and stayed put in only one of the main gaming territories. Usually Asia. Over the next decade the franchise would become a bit of a mess with random spin-offs scattered around the world and the cohesion of the original three was lost. Today, most of these games can be found online for single-digit prices, although odds are, you’re going to have more fun just replaying the originals anyway. 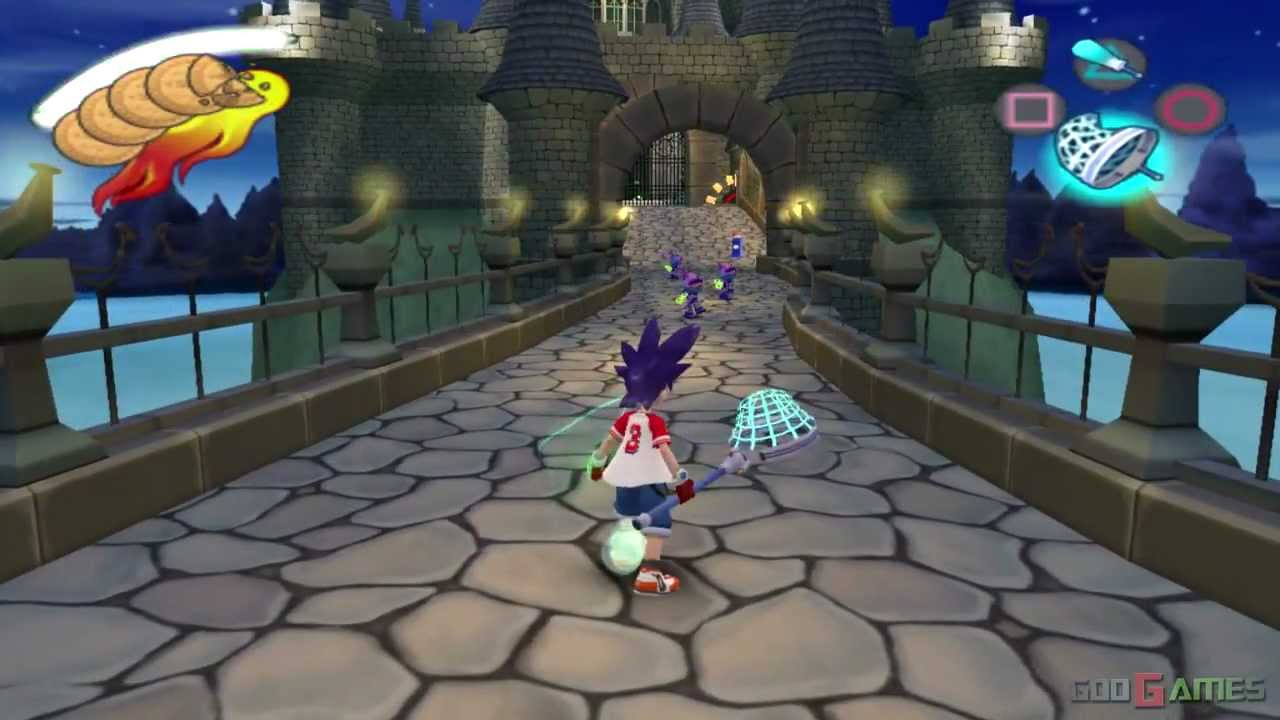 It’s hard to single out exactly what caused this loss of focus that the original three games had, but it’s clear that the slew of underperforming games is a large part of why the series is dormant today. Why Sony Computer Entertainment couldn’t have just stuck with the format and spent the last ten years putting out Ape Escape 4, 5, and 6 is beyond comprehension. Especially considering that the franchise has generally stayed in the same hands it’s always been in, with no real discernable shift in development teams.

Perhaps there’s some marketing research results somewhere that scared Sony away from continuing to allocate an appropriate amount of resources into the series, but with all of the fan groups, twitter accounts, and discord serves dedicated to PlayStation Classics, where Ape Escape comes up all the time being out there, I think it’s fair to say that Sony should re-evaluate their findings. It’s hard to think of a series that could use a clean slate more than Ape Escape at this point. Whether that be through a Remake collection like we saw with Crash and Spyro, a full-on reboot, or a proper Ape Escape 4, the fan-base would definitely eat it up.