What to Expect at E3 This Year 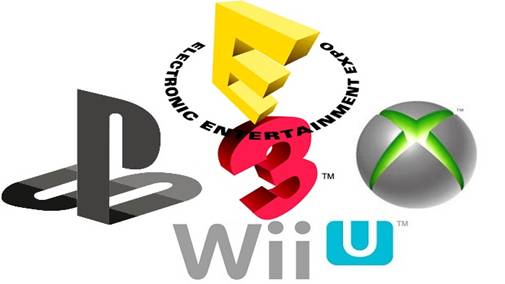 It’s carnival time, folks. E3 2012 is just shy of a week away, and with its onset, we can expect a flood of announcements and trailers, rumors and speculations, megatons and betrayals. As the Big Three- Sony, Nintendo, and Microsoft- try and convince the industry and gamers that they have the next twelve months in the bag as far as your gaming needs are concerned, it is perhaps time to stop and consider, realistically, just what we can expect from E3 this year. While a Playstation 4 announcement would make us crap our collective pants, and while a Metroid/Star Fox crossover would definitely intrigue us, they’re probably really not happening. At least, not this E3.

So let’s stop and try and consider, with a balanced head, what announcements we can reasonably expect (and not expect) from Microsoft, Sony, and Nintendo this E3. For all those holding out for some unexpected megatons, this will not be a pretty list. Brace yourself.

Microsoft has consistently managed to disappoint players for the last two years straight. Their focus has entirely been on the Kinect, and on trying to turn the Xbox 360 into a one stop media box, expanding the functionality of the system via interface changes and media partnerships. And while this new direction has paid off for them in spades- sales of the Xbox 360 are higher than ever before, defying the traditional trend of a console’s lifecycle- gamers in general have become increasingly disillusioned with what the Xbox 360 has come to.

If you’re expecting a sudden shift in Microsoft’s focus this E3, well, fat chance. Microsoft has already notified analysts that it plans on focusing on apps and media functionality this E3. Kinect is still selling, having shifted over 25 million units so far- a massive audience that Microsoft must now support at any cost. Core exclusives are still a rare commodity unless they come from a first party studio, of which Microsoft does not have many.

With all of that in mind, what can you expect from Microsoft this E3?

Expect to see Black Ops 2 demoed. Microsoft has made it a point to ensure that the general public associates Call of Duty with the Xbox 360 (a de facto exclusive, if you will), and that won’t change anytime soon. The last three Microsoft E3 presentations have all opened with a Call of Duty game demoed. With Black Ops 2 coming later this year, you can expect it to headline Microsoft’s keynote as well.

Expect to see Kinect. Lots and lots of Kinect. Whereas Microsoft might try to stop shoehorning Kinect’s motion controls into core game, there will probably still be lots of core games that will support Kinect in some capacity. The recently announced Kinect support for Skyrim made the peripheral look positively enticing to so many core gamers, and in that capacity, as an optional add on that augments the game, Kinect might find more acceptance among both, gamers and developers.

Expect to see more Xbox Live stuff. By this I mean that there will be more media partnerships announced at E3 for Xbox Live. Microsoft aims to make the Xbox 360 your one stop media box, so expect to see more media support. They’re also big on apps for the Xbox, so they will probably unleash a spate of apps all incoming within the year. Couple that with a new interface, also probably due by year end, and you have a large bulk of Microsoft’s conference.

Expect to see Halo 4. Microsoft genuinely thinks that tossing one core exclusive per year- be it Halo, Forza, Fable, or Gears- is enough to keep them pacified. Maybe not, although that strategy has worked so far. Halo 4 is due later this year as the console’s big holiday exclusive. As such, expect to see a big focus on it this E3.

Don’t expect a new Xbox. The most you might get by way of new hardware would be another Xbox 360 revision, but you won’t get a new Xbox console period. As a matter of fact, Microsoft won’t even talk about the next generation Xbox for now. The 360 is currently the market leader, and they have no reason to disrupt its momentum by announcing new hardware for now.

Don’t expect a price cut. Microsoft’s recent bid to sell an Xbox 360 at $99 with a two year contract for LIVE is probably their idea of a low cost Xbox 360 for the budget market. Most likely, rolling it out nationwide is going to be their big price related announcement (remember that so far, this scheme is available only at Microsoft’s own stores); otherwise, at best, expect an announcement that Kinect will be bundled with all $299 250 GB Xbox 360s and all $199 4GB Xbox 360s. That, also, would represent a significant value proposition from their point of view.