Looks like Sony really is serious about cracking down on what is possibly the biggest source of loss of revenues to game companies after piracy- used game sales. Although buying used games is legal and permitted by law, companies don’t get a single penny of the revenue generated from such sales, and have been coming up with rather ingenious ways lately to discourage buyers from buying the cheaper and therefore more tempting used games, and opt for newer games instead.

At the forefront of the promotion of such notoriety is Sony, which has implemented a One Time Online Pass in quite a few of its games. The One Time Online Pass is like a CD key, which can be used only once, and which unlocks online features for users for free. If, however, the game is sold on, unlocking the same features requires payment. 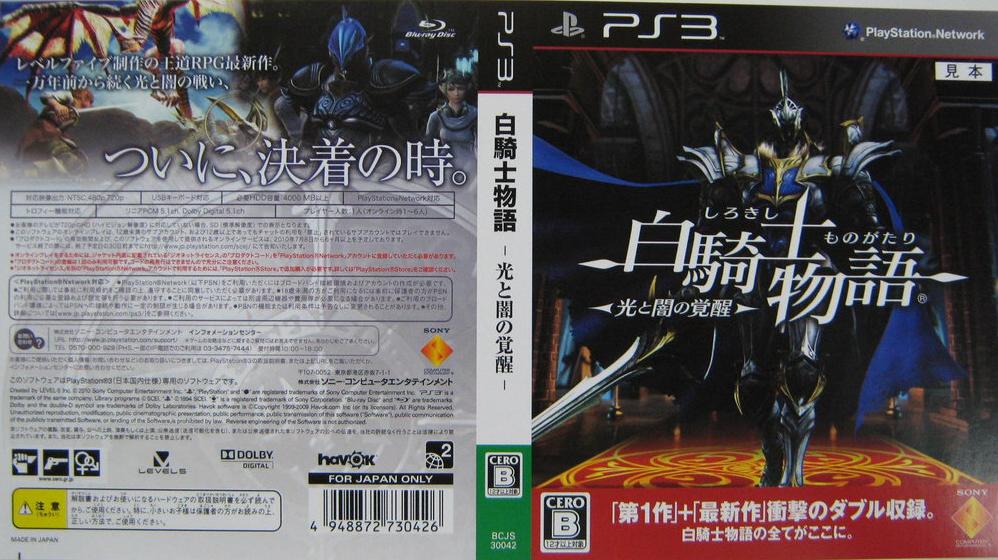 It now looks as if White Knight Chronicles II, the sequel to the tepidly received PS3 exclusive RPG, will feature the same security measures, as the game’s dummy boxart seems to imply. Although it’s worth noting that this isn’t the game’s official boxart, and is therefore not necessarily representative of the final product, it seems to be a strong indication to the affirmative.