White Knight Chronicles is a role playing game developed by Level 5 who are arguably not only one of Japan’s best RPG developers but are also right there among the top in the world. But unfortunately White Knight Chronicles has enough inconsistencies to stop it from being a AAA game.  The game puts you in the shoes of Leonard, one of the characters you are going to play in the game. The story takes place in the fictional Kingdom of Balandor which has been attacked by an evil force known as the Magi, who have captured Princess Cisna. As you must have already guessed it by now you and your party have to save the Princess from the clutches of evil. The story is the central part of the game and is one of the major reasons why I got hooked up to the game for a pretty long time. All the story sequences are done through the in game cinematics and does get the player involved more in to the game. All in all, the story is one of the strongest parts of the game which is expected from  Level 5 studios. 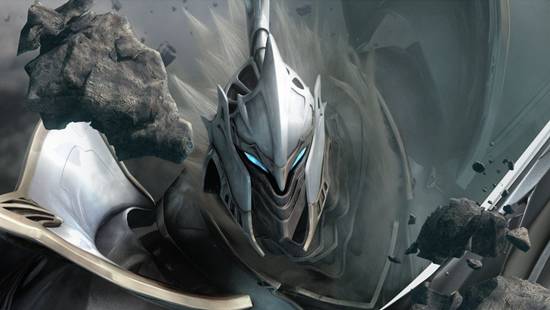 You are the White Knight!

Now let’s talk about the gameplay. As like any turn based RPG, the game play’s major focus is with combat. You can learn new moves by spending skill points which are obtained by killing the various monsters and soldiers you will fight against in the game. The array of moves that you can learn is large and you can use any of the moves by installing them in to your combat slots. But using them will actually require AC chips which will allow you to instantiate certain combos. One of the best parts of the combat that I found was that you can edit your own combos. Each combo can have tons of moves weaved together such as a combination of sword attacks and magic. Each of the characters you play in the game have their own specialty, such as one of the guys will specialize in healing or combat and so on. You can set strategies for each of the party members which are pretty much crucial in many of the boss battles that you are going to face in the game. As the name of the game suggest, Leonard has the ability of transforming in to a White Knight. These White Knight sections are a ton of fun to play and are an ideal way to take out some of the more difficult boss battles in the game. If you think that the game play is flawless than unfortunately there are some frustrating glitches too. For example, if an enemy spots you, he can hit regardless of the distance between the player and the enemy, which is a bit ridiculous. This actually beats me since what were the game testers doing by passing such a glitch. But overall the game play elements are pretty tight and form the central core of the game along with the plot. 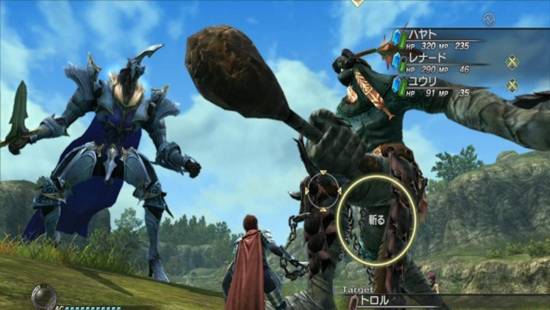 The combat is the central element of the gameplay.

The visuals in the game are pretty good. It certainly is not the most jaw dropping game around but the developers have done a good job of giving a fantasy like feel, especially to the environments, although the character models are bland and lack any detail whatsoever. All the cut scenes are rendered using the game engine and for the most it’s pretty good. Music is nothing ground breaking either with different background scores for each of the worlds and the same music whenever you initiate a combat. Lip syncing is not of the highest quality either  and some of the voice acting falls flat due to translation. 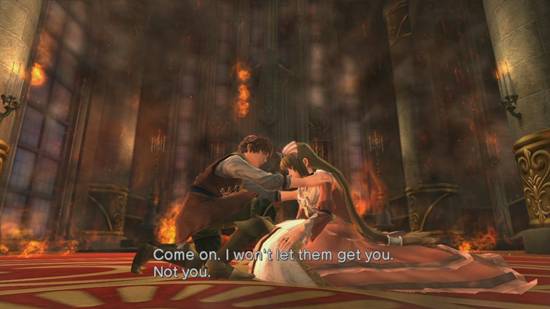 As you must have guessed, your mission is to save the Princess.

Overall White Knight Chronicles is not the game that we were expecting when we first saw it at TGS 2006. But it’s still a pretty solid game. If gamers can ignore some of the frustrating glitches in combat and some flat voice acting, White Knight Chronicle will get you hooked in for a long time.

Character models are bland, Lip syncing is out of place, Some of the dialogues fall flat due to translation

Final Verdict:
GOOD
Though the game has inconsistencies in between, this RPG has a lot of depth which will keep you hooked to itself for a long time.
A copy of this game was provided by Developer/Publisher/Distributor/PR Agency for review purposes. Click here to know more about our Reviews Policy.