Naughty Dog’s much anticipated game, Uncharted 4: A Thief’s End is finally out and it is one of the very few titles this generation that managed to exceed player expectations. Uncharted 4: A Thief’s End is in many ways one of the best games of this generation and is right there with the likes of The Witcher 3: Wild Hunt and Metal Gear Solid V: The Phantom Pain. It features solid mechanics with the same core gameplay, tightened for a new generation with breathtaking visuals and a intriguing story which puts a fantastic closure to Nathan Drake’s plot line.

In the initial sections of Uncharted 4: A Thief’s End, Nathan Drake is shown off as living a fairly normal life. He is now a retired treasure hunter and is happily married with Elena. Judging by his day to day activities, he seems to be fairly content with how his life is going and although we see a few glimpses of how he possibly misses his old life, overall he seems to be pretty satisfied where life is taking him.

At this point, Nathan Drake is done. There are no more adventures for this legendary treasure hunter but then all of a sudden his past comes back. His brother, Sam returns and due to reasons Nathan Drake is forced back into action. After playing through Uncharted 4 for the first time, I wondered why Naughty Dog all of sudden pushed in a brand new character, Sam, and literally squeezed him into Nathan Drake’s life. It felt so out of place and very unlike Naughty Dog. Although the game tries to give Sam some background character, he still feels a bit out of place. He is never mentioned in any of the previuos games so why should Nathan Drake care about someone who was missing in action for 15 years and is presumed dead? I know Sam is his brother but Nathan is happily married dammit…why would he put everything on the line “all of a sudden” with minimal explanation from Sam was beyond me. But then I played through the game the second time and it all started to come together.

In many ways Sam is meant to represent the player. Sam is us…the player. Much like us or any hardcore Uncharted fan does not want to see Nathan Drake retire and live a life that is not meant for him. Heck…if it is within our control we would like Naughty Dog to keep on developing Uncharted games featuring Drake. But Nathan Drake wants to move on, much like how Naughty Dog wants to move on and develop new experiences.

This point gains more substance when Sam and Sully have a rather candid conversation about Nathan’s life and how Sam believes that he is made for this life, this life of grand adventure. This is the same feeling that we, the players have about Nathan Drake. 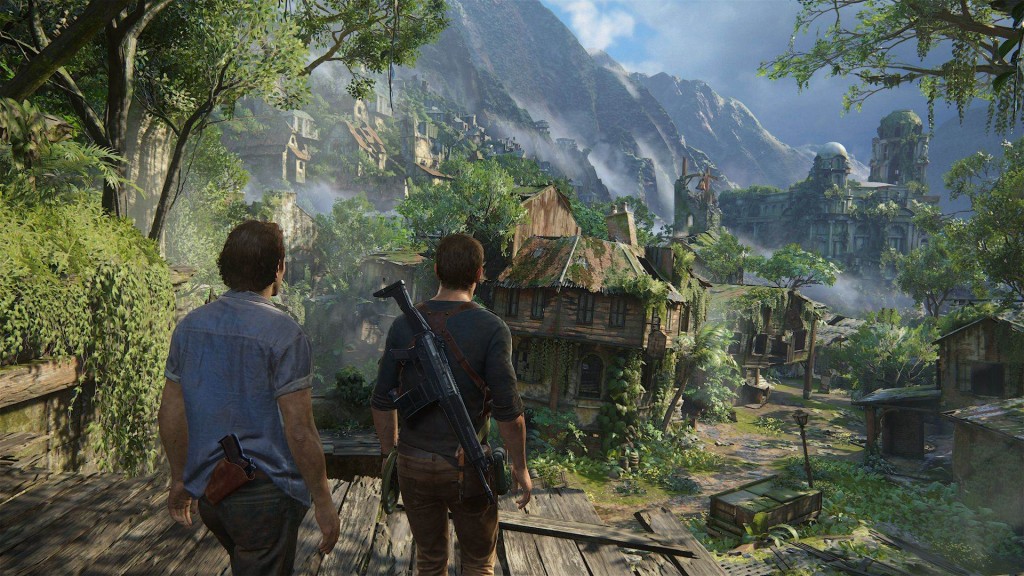 Much later into the game, it’s revealed that Sam actually lied to Nathan Drake and he made a false story about how a certain criminal named Hector Alcazar threatened him to give him half of Avery’s treasure. In short, Sam lied big time to Nathan Drake. In reality, Sam wanted to do one last adventure with Nathan…a dream he had since he was a teenager. This feeling is similar to the players wanting Naughty Dog to deliver one last adventure with Uncharted 4.

During the ending events, Drake tries to save Sam when he is stuck under a pile of rubble. Sam reiterates that he is finally happy to complete one last adventure with him; so it really does not matter whether he lives or dies. But Nathan Drake somehow manages to save him, surpassing the players expectation as I honestly thought Sam will die. In fact, Sam himself gave up. Leading to the launch of Uncharted 4 there were a lot of theories on how Sam will die in the game. Now I can see why Naughty Dog did not went through that route.

Players wanted Nathan to return and Naughty Dog took the best approach by making Sam the player’s avatar, a big enough reason for Drake to risk his marriage and his life to jump into yet another mind boggling adventure.

I am not sure what were the real intentions of Naughty Dog in bringing a new character in Sam and whether they wanted him to represent the player’s avatar, but for me, personally, Naughty Dog broke the fourth wall with Uncharted 4 by bringing us into concluding the story of Nathan Drake.