GamingBolt’s Shubhankar Parijat argues that this gen has been nothing but mechanical iteration over the previous one and how Nintendo’s NX could possibly make a difference.

Posted By Shubhankar Parijat | On 07th, Mar. 2016 Under Article, Editorials

The Xbox One, the PS4 and the Wii U, this far into the cycle of their lives, have given us some truly excellent games. I love games like The Witcher 3, Bayonetta 2, Xenoblade Chronicles X, Metal Gear Solid V and Bloodborne. They’re experiences that are, in more ways than one, the pinnacle of what their genres represent. And then there have been games such as Batman: Arkham Knight and Splatoon, that are far for being the perfect games but are still ultimately enjoyable experiences.But here’s what the problem has been with the eighth generation of console gaming so far- it’s all starting to feel a bit stale. Because when you really start thinking about it, we’ve been playing these exact same games, in one form or another, for about a decade.

And as a result, I cannot shake this feeling that this generation of consoles- the generation of the PS4 and Xbox One- is actually just an extension of the previous one. It’s more like Generation 7.5. It’s brought nothing new to the table.

Let’s take a look at previous generations and how they took massive leaps over their predecessors. With the NES and Master System, the 3rd generation gave us 8-bit gaming, which brought about revolutions and staples such as screen scrolling, the d-pad, saving your game, and games with stories, all made possible because of what was then the immense power of the NES. A game as basic as Super Mario Bros. could not have worked on the Atari, as an example. 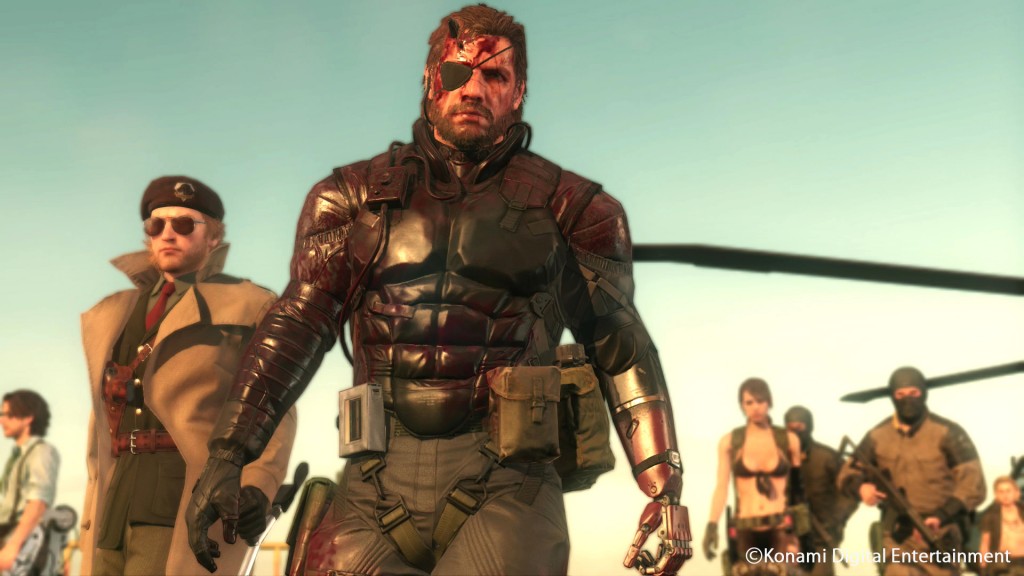 "What has this generation made possible that would not have been possible on a previous gen console? It’s hard to think of anything- the fact that some of the biggest, most popular games of this generation are also on the PS3 and the Xbox 360 only reaffirms this point. Games such as Destiny, Dragon Age: Inquisition, Metal Gear Solid V: The Phantom Pain, Alien: Isolation and more are all playable on previous generation consoles."

With the SNES and Genesis, the 4th generation gave us 16-bit gaming, much higher clock speeds, rudimentary 3D, multimedia capabilities, more control inputs and much more storage space on cartridges, making possible games that would not have worked on the NES and the Master System. Games such as Super Mario Kart, Sonic the Hedgehog, The Legend of Zelda: A Link to the Past and Mortal Kombat simply could not have been done on 3rd gen systems. Sure, Sonic the Hedgehog was released on the Master System as well, but it should be noted that it was completely different from the version released on the Genesis, remade from the ground up specifically for a system that was coming to the end of its life.

With the N64 and the PlayStation, the 5th generation saw the console market make a massive jump. It really doesn’t need to be pointed out just how colossal a paradigm shift the PS1 and N64 brought about. They brought about features that may seem very basic and fundamental today but were completely new to the gaming market back then- the analog stick, 3D movement, 3D space, 3D game design, 3D camera control, rumble, CG and multimedia cutscenes, voice acting, 4 player multiplayer gaming and over 700 MB of storage space made possible by CDs. Can you even imagine games like Super Mario 64, Ocarina of Time, Metal Gear Solid or Final Fantasy 7 running on a Genesis or an SNES?

With the PlayStation 2, Xbox, Dreamcast and the Gamecube, the 6th generation of gaming was the first time that consoles were able to provide enough power for 3D games to match their design ambition. Proto-online gaming, handheld-console interactivity, onboard HDDs, DVDs giving almost 7x the storage space of a CD-ROM became possible for the very first time. For instance, you cannot imagine playing something like Grand Theft Auto on the N64. Though there were not many new paradigms introduced, game design took massive strides forward thanks to the benefits of these new systems’ powers. Games on these systems simply would not have worked on previous generation consoles.Titles such as Halo: Combat Evolved, Resident Evil 4 and Metal Gear Solid 2 are prime examples of such a statement.

With the PlayStation 3 and Xbox 360, the 7th generation, or the HD generation, was almost as big a leap forward as the N64/PS1 era. HD graphics, online gaming on a worldwide scale, social interaction, complex AI and physics mechanics leading to bigger and more immersive worlds (and games in general), facial mapping, motion capture, Blu-ray… all of this, and more, was now finally made possible by the immense power of the Xbox 360 and PlayStation 3. All of this made games far more detailed and far more immersive than they had ever been before. Something like Gears of War or Uncharted 2 is unfathomable on a PS2 or an Xbox. 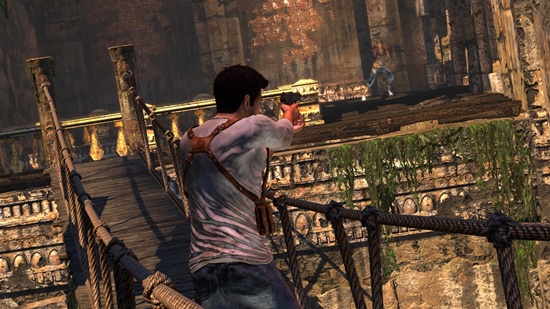 "With the death of third party exclusives and no meaningful differentiating features to set the PS4 or the Xbox One apart, these consoles are basically the same thing. You just pick one based on whether you like Uncharted more or Halo."

And now here we are- the 8th generation of console gaming. What has this one brought us exactly? SharePlay? It’s cool, but it doesn’t actually have anything to do with game design. Game streaming? Ditto. Shinier graphics? Sure, but all that does is make new games just slightly better looking versions of older ones. What has this generation made possible that would not have been possible on a previous gen console? It’s hard to think of anything- the fact that some of the biggest, most popular games of this generation are also on the PS3 and the Xbox 360 only reaffirms this point. Games such as Destiny, Dragon Age: Inquisition, Metal Gear Solid V: The Phantom Pain, Alien: Isolation and more are all playable on previous generation consoles, and they all run pretty well, without significant hits to their performances.

This generation doesn’t add anything the way previous generations have always done. All it’s doing is optimize what we already have. The features it has added are admittedly cool, but they are, in the end, peripheral and meaningless in the larger context of game design and how a game plays.

The simple fact of the matter is that, with minor concessions, almost every game released this generation could have worked on the Xbox 360 and the PS3. And those that could not have are most of the times not even that special, which only adds to this generation feeling as stagnant as it does.

One of the few exceptions to all this is The Witcher 3. The Witcher 3 is a massive world with hundreds of little systems all working together all the time to make for a persistent world rendered far more beautifully than any other open world has been so far.

So where does that leave us?

We are left with consoles that feel like mid-cycle refreshes of their predecessors, not true steps forward like they should be. They’re more like what the Gameboy Color was to the original Gameboy, rather than what the Gameboy Advance was- not a true next generation, but a sort of half step between generations brought about by beefing up of the current one with a mid cycle refresh.

Worse still, consoles have completely lost their flavour, becoming homogenizedand commoditized boxes with little to differentiate one from the other. Consoles used to each have their own distinct personalities- the SNES was nothing like the Genesis; the N64 and the PS1 were completely different; the PS2, GCN and Xbox all had different flavours; even the Xbox 360 and the PS3 managed to carve out largely different identities thanks to the kind of exclusive games and audiences they catered to. And none of these consoles was much like the PCs of their day.

Until now. These new consoles have almost nothing to differentiate them from each other. The Wii U admittedly has carved out its very own niche in the market, but all facts and statistics point toward the fact that in the larger context of the console market, the Wii U unfortunately remains largely irrelevant, owing mostly to how insular it has been all throughout its life cycle. With the death of third party exclusives and no meaningful differentiating features to set the PS4 or the Xbox One apart, these consoles are basically the same thing. You just pick one based on whether you like Uncharted more or Halo. 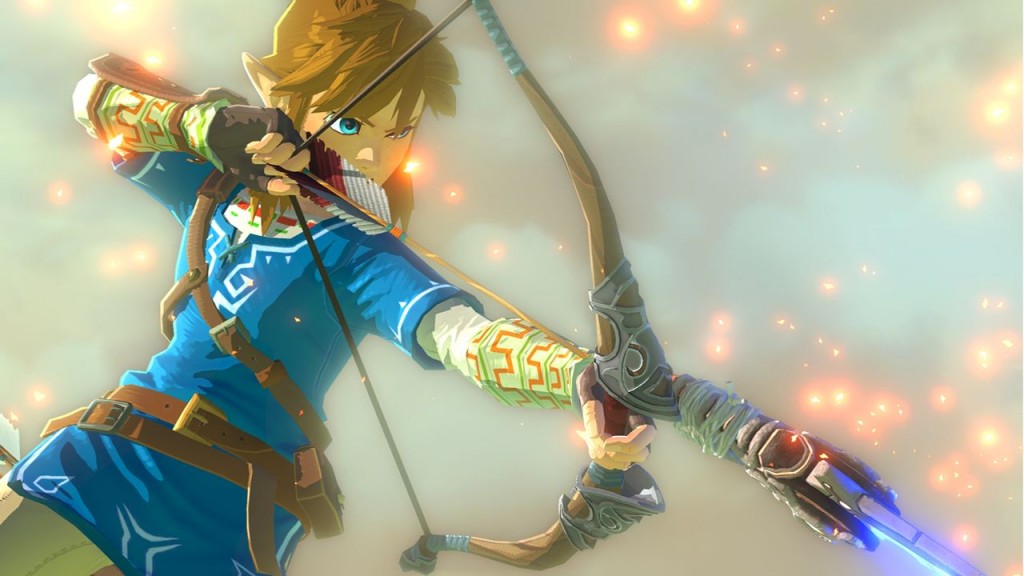 "Assuming the NX isn’t hamstrung like the Wii and Wii U were, and it is able to keep pace with its competitors in terms of technological prowess, like the N64 and Gamecube were, then I think Nintendo are in a position here to make a difference and actually bring in some much needed adrenaline to the market."

Is there even any hope for console gaming to make strides forward like it used to in the past? Honestly, I think the future looks dim in this regard. Sony’s financial struggles- and the massive success that the PS4 has brought them- ensure they will be relatively more conservative going forward in the console market (the PS4 itself perfectly illustrates this point). On the other hand, Microsoft’s failures to try something different (such as the Kinect, and their original, poorly handled vision for the Xbox One, which they almost completely backtracked on) and their subsequent loss of marketshare means they probably won’t want to try anything new again- they’ll probably want to stick to the conservative console rulebook that has brought the PS4 so much success.

What we’re left with is Nintendo, and now all eyes turn to the NX. It can be argued that console gaming basically grows stagnant without Nintendo- this generation is proof. This is the first generation that Nintendo has outright failed- even more so than they did with the Gamecube- and this also happens to be the first generation without a paradigm shift in either game design, and/or console design. For good or for bad, Nintendo did managed to introduce some crazy new ideas to the market. Of course, that’s not to say that Microsoft or Sony (or Sega back in their day) don’t.

We’ve seen that- they want to go for closed system PC equivalents, providing a conservative design with their consoles, with nothing proprietary or out-of-the-box, like the N64 or Xbox 360 once were. Nintendo are still not backing out, though- in fact, they’ve been very clear that the NX will be something new again, entirely.

Assuming the NX isn’t hamstrung like the Wii and Wii U were, and it is able to keep pace with its competitors in terms of technological prowess, like the N64 and Gamecube were, then I think Nintendo are in a position here to make a difference and actually bring in some much needed adrenaline to the market. Because if they don’t, or can’t, then we’re doomed to stagnation. There’s nothing wrong with that, it’s just… boring.

And boring isn’t what we want. We want consoles to be consoles. And the PS4 and the Xbox One, regardless of how much they’ve perfected what the Xbox 360 and the PS3 so ambitiously attempted, have not done anything to shake the market out of its monotony.